I'll be honest with you.  I've felt like an impostor for most of my life.

My job for over thirty years has been teaching science in public schools, mostly biology (and other life-science-related classes).  However, I have neither a bachelors nor a master's degree in biology.  My bachelor's degree is in physics -- and I was a lackluster physics student at best -- and my master's degree is in linguistics, of all things.  Along the way I started a master's program in oceanography, but I was kind of lousy at that, too, and got out of research science entirely.  I've taken enough classes in biology for a teaching license (obviously), but frankly, I learned most of the biology I know by the seat of the pants.

Even in my two favorite avocations -- writing and music -- I didn't get where I am by any kind of legitimate, credentialed pathway.  I wasn't in band in school, having been told that I was no good at it by a 6th grade band director, and taught myself the flute and piano.  I was lucky enough to study flute with a wonderful teacher, Margaret Vitus, when I was in my twenties, but that is the sum total of my formal musical background.

I don't even have that in writing.  I took two creative writing classes, one in high school, one in college.  The end.

So I've got a striking lack of framed certificates in Latin to hang on my wall.  When I think about it rationally, it doesn't bother me.  I know I'm competent enough at what I do (in all three realms) that I don't have anything to apologize for.  But that visceral voice isn't so kind -- one of the reasons I feel uncomfortable and outclassed when I'm around academics, people who are in my mind "true intellectuals."

Impostor syndrome is all too common.  Way back in the 1970s, it was studied in women, when in interviews of 150 highly successful and professional women, the vast majority experienced no internal sense of accomplishment, and were constantly afraid that they'd be "found out" as having poorer abilities, knowledge, and qualifications than their bosses and coworkers thought. 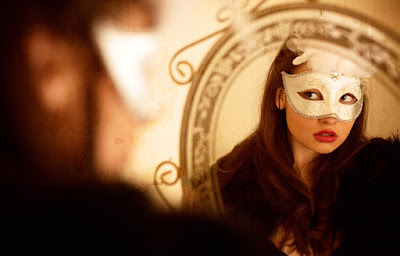 Now, a team of psychologists has given a closer look to this phenomenon -- and have found it's more ubiquitous than anyone thought.  In "Are All Impostors Created Equal? Exploring Gender Differences in the Impostor Phenomenon-Performance Link," by Rebecca L.Badawy, Brooke A.Gazdag, Jeffrey R. Bentley, and Robyn L. Brouer, of Youngstown State University, Ludwig-Maximilians Universität München, California State University, and Canisius College, respectively, the researchers found that males and females both experience impostor syndrome -- they just respond to it differently.

The research, which appeared last week in the Journal of Personality and Individual Differences, looked at over 250 people in professional careers, and found some interesting correlations.  First, they did not see a link between feeling like an impostor and actual work performance.  Put more simply; self-styled impostors and people who feel like they deserve to be where they are have about the same levels of competency at work.

What is even more interesting, however, is the difference in reaction between males and females.  In the first experiment, a group was given five problems from the GRE (Graduate Record Examination), used to determine admittance to graduate school.  After working on the problems, they're given feedback on how they did -- but some of the test subjects were told (incorrectly) that they'd gotten all five wrong.

Looking at the responses to this harsh feedback between male "impostors" and female "impostors," the males responded to subsequent tasks with higher anxiety, less effort, and poorer performance, while the females' emotional responses were nearly the opposite -- they were anxious regardless of whether the feedback was positive or negative, but they responded by improving their effort, and their performance went up, too.

In a second experiment, the subjects were told their answers would be shown to a college professor -- placing them in a high-stress, high-accountability context.  Once again, the men who scored high on impostor syndrome responded by an increase in anxiety, and a decrease in both effort and performance; but the women's results were unchanged from a low-stress, low-accountability situation.  The researchers suggested that the cause of the change in the men's responses may have been that exerting lower effort in high-stress situations might give them an "out" to explain poor performance -- but that's only speculation.

As the researchers put it, "Assuming that traditional gender norms hold, males [with impostor syndrome] may have exhibited stronger negative reactions because they believe that society at large values males who demonstrate high competence and at the same time, do not believe that they can fulfill this standard."

Whatever the reason for all this, it's kind of sad, don't you think?  The fact that so many of us can't take honest pleasure in our accomplishments, and feel the need to devalue what we do based on inaccurate standards of who we should be or how we attained our position in our workplace, is a tragedy.  The problem is, these feelings are not rational; I know from experience that all the logical arguments in the world haven't eliminated my sense that I've arrived where I am by illegitimate means.

But I wish -- both for myself and for my fellow impostors -- that it was that easy to eliminate.