Because we clearly needed something else to be angry about, today we have: a cadre of four senators who are calling for an investigation into the National Science Foundation's grant program designed to educate meteorologists about climate change.

The four senators are James Lankford (Oklahoma), Rand Paul (Kentucky), Ted Cruz (surprise! -- Texas), and James Inhofe (even bigger surprise! -- Oklahoma).  Inhofe, you may remember, is the knuckle-dragger who doesn't know the difference between weather and climate, and illustrated the fact by bringing a snowball onto the floor of the Senate and presenting it as evidence that the world wasn't warming up.

Along the same lines, every time Inhofe eats dinner, world hunger goes away for a while.

The four drafted a request for a probe into the NSF's Climate Central program, stating that it was "not science -- it is propagandizing."

My question is: what would it take to make the NSF's stance on climate "science?"  Saying that fossil fuels are great for the environment because plants like carbon dioxide?  That dumping coal ash into streams -- now completely legal in states that do not have a standard "maximum contaminant level" for water, and have demonstrated the need for "regulatory flexibilities" -- is perfectly safe?  That we should all be optimistic, because even if it does warm up, it'll make the Alaskan tundra nice and toasty warm?

These four -- and others like them -- have zero respect for science.  Science, to them, is what is expedient for their constituents and (especially) the lobbyists who fund their campaigns.  They've somehow confused "peer-reviewed valid science" with "science that aligns with the way I'd like the world to work."

And anything that doesn't align in that fashion is summarily dismissed.  Can't have the universe be inconvenient to your preconceived biases, after all. 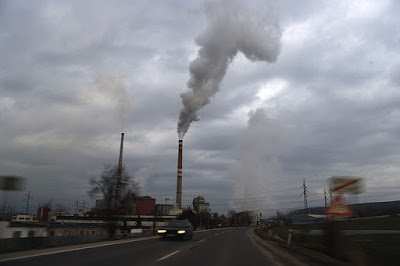 Ben Strauss, CEO of Climate Central, was (understandably) livid at the impending investigation.  "Climate Central is not an advocacy organization, and the scientific consensus on climate change is not a political viewpoint," Strauss said in an email to NBC News.

Which, I predict, will have exactly zero effect, given that Scott "Fuck Ethics" Pruitt, who said last year that "Science should not be something that's just thrown about to dictate policy in Washington, D. C." is still in charge of the Environmental Protection Agency, despite having amassed more allegations of misconduct in his short tenure than any other appointed or elected official I've ever seen.

So if we shouldn't use science, what should we use to dictate policy?  Astrology?  Divine inspiration?  Thoughts and prayers?

The anti-science bent goes all the way to the top, given that every time any science-related subject is brought up with Donald Trump, he gives evidence of having maxed out his science education when he outgrew My First Big Picture Book of the Universe in second grade.  All you have to do is look at the list of appointments he's made to high government positions to convince yourself that if you're a anti-intellectual young-Earth creationist, you've got a good shot.  (Just to mention one particularly egregious example: Teresa Manning, who was deputy assistant secretary of the Office of Population Affairs, went on record as saying that contraception "does not work to prevent pregnancy."  After making use of the revolving door Trump has installed in all of the government offices, Manning was replaced by Diane Foley, who said that teaching teenagers how to use condoms correctly was "sexual harassment."  Foley's qualification for the post seems to be her tenure as president and CEO of "Life Network," the mission statement of which is to "present the gospel of Jesus Christ.")

I know I'm prone to hyperbole at times, but I don't think it's overstating the case to say that the people in charge right now wouldn't know a valid, evidence-based scientific argument if it walked up and bit them on the ass.

I'm finding it harder and harder to stay optimistic, here.  The pro-Trump faction, along with their answer to a North-Korea-style state sponsored media (Fox News), have done their job too well.  When we've devolved from respecting the research of the people who actually understand how the world works to accepting whatever Rush Limbaugh and Ann Coulter and Sean Hannity say without question, we've entered a realm where facts -- hell, reality -- doesn't matter.  As I've said before, once you teach people to doubt the data, you not only can convince them of anything, no logical argument you could craft will ever change their minds.

As a long-ago environmental science student of mine said, things are going to have to get a whole lot worse before people will wake up.  We've already seen prolonged droughts, killer storms, blistering heat waves, and various other weather weirdness that (taken together) form a pattern that is incontrovertible.  But for most people in the United States, it hasn't become dire enough yet.  We can still sit in our comfortable homes, go to the grocery store to pick up food, turn on the tap and get clean water, cool things off with air conditioning.

Once those things start being affected by climate change -- when we get jolted out of our complacency, and say, "Hey, maybe the scientists were right after all!" -- I'm afraid it will be too late to do anything.

Which is just what Paul, Lankford, Cruz, and Inhofe want.  They're just counting on it being delayed long enough for them to retire with cocky grins and full bank accounts.