As you may have noted, I have a serious problem with "alternative medicine" manufacturers who put on their bottles of snake oil, "Not intended to treat or cure any medical condition" when right on the bottle (in much larger print) it says that said snake oil will treat and/or cure a medical condition.

The disclaimer, for better or worse, apparently gets them off the hook if they're sued by someone who (for example) took homeopathic one-part-in-a-quintillion dilutions of weasel spit to cure their constipation and found themselves as plugged up as ever.  But it still bugs me, because however you slice it, these products are being touted as medicines, when in fact the vast majority of them are worthless -- and stop people from seeking out legitimate treatments that actually might work.

But now, the infamous "Goop" -- Gwyneth Paltrow's company that suggested, for example, that women with problems in their naughty bits should stick jade eggs into their vaginas (no, I'm not making this up) -- has come up with an even more sophisticated way not to take responsibility for the foolishness they peddle:

They've classified their products and "wellness" suggestions into different categories of foolishness.

I found this out from Dr. Jen Gunter's blog, which is a wonderful source of straight scoop about all things alt-med.  Dr. Gunter has gone all-out in fighting Gwyneth Paltrow's multi-million dollar health scam company, and what she uncovered this time is a doozy.  Here's how Paltrow is now dividing up her health products and recommendations:
So they're conveniently leaving themselves an out if someone sues them.  "Ha ha," they can say.  "We labeled this one as 'for your enjoyment!'  There's real merit in the fact that you abandoned your chemotherapy for a coffee enema!  What fun!"

In the "speculative but promising" category, Gunter found such claims as drinking goat's milk to "rid yourself of parasites," and that eating apricots are "energy-shifting" and "transformative," but only if you eat them after three PM.  That's when their "energy-shifting" capacity is highest.

Because fruit, apparently, can tell time. 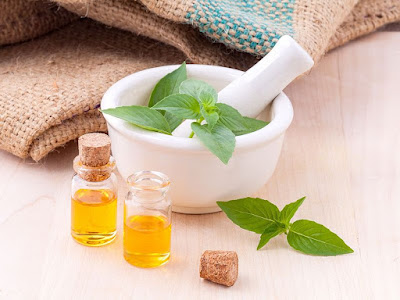 Gunter, hearteningly, is having none of it.  She writes:


As far as I can tell with the GOOP rating system “enjoyment” means second-hand information from a ghost; “ancient” is code for biologically implausible, but sells well; and “speculative, but promising” is the fringe hypothesis of a naturopath or “Integrative” doctor.  I am pretty sure we won’t see too many “backed by science” posts because there aren’t many complementary products to sell alongside in the GOOP shoppe.

Because, after all, this is all about one thing: money.  Paltrow's quack cures and sham health aids are a multi-million dollar industry, and (as P. T. Barnum famously observed) there's a sucker born every minute.  Not only that, there's the even more unethical side of this; that some of her customers are people who have chronic diseases that are unresponsive even to the best medical care, or who are facing treatments that work but result in dreadful side effects (such as chemo and radiation therapy).  So out of desperation, and buoyed up by a false sense of hope from Paltrow's shtick, they buy what she's selling -- jeopardizing their own health, and in some cases, risking their lives.

If you think I'm overstating my case, check out the site What's the Harm?, which looks at specific instances of "alternative medicine" harming or killing patients.  The website is extensive; their header says they've found evidence of "368,379 people killed, 306,096 injured and over $2,815,931,000 in economic damages."

So I'm unimpressed by Paltrow's new system for classifying nonsense.  The fact is, if you're ill, you should seek out the help of a trained professional, not look for a cure from an actress who figured out that alternative medicine is one hell of a cash cow.  Regardless of how cleverly she markets her snake oil.