Today I'm going to take a detour from my usual fare and tell you about a former student of mine, a young man named Justin.

I first met Justin in my Critical Thinking class, almost two years ago.  He struck me right away as the thoughtful type (in both senses of the word).  He was quiet, friendly, and kind, and always was the first one to laugh at my jokes (which may speak to his kindness as well).  As the semester progressed, he was more and more willing to contribute to class discussions, and what he said never failed to be articulate, interesting, and well-considered.

He tuned in right away on my obsession with UFOs and Bigfoot (not that hard to discern, really, considering the various Roswell-and-Sasquatch-related paraphernalia strewn about my classroom).  He started ferreting out good examples of goofy paranormal claims -- I used more than one of his finds as a basis for a Skeptophilia post -- and I still remember when he took me up on my offer to the class of an optional assignment to use PhotoShop to make the most convincing fake paranormal photograph they could.  His submission -- a wildly creepy double exposure that looked like a ghost floating over a country road -- stayed on my wall for the rest of the year.

So I was glad to see that he'd signed up for my AP Biology class this past school year.  He continued in much the same fashion, participating in a quiet, understated sort of way, coming in early to discuss the latest science fiction movies, asking good questions.  Not a boy who was a splashy presence, but someone who was steady, smart, and pleasant, the kind of student most teachers would love to fill a class with.

Justin graduated from high school six days ago.  I saw him that Thursday evening, laughing with some friends in their caps and gowns, and he asked me to take their picture with his cellphone.

That was the last time I saw him.  Three days ago, Justin committed suicide.

My first thought, when a colleague called me up at 9:30 Monday night to tell me the news, was, "How could I have missed the signs?"  Justin never exhibited the slightest sign of depression to me.  No moodiness, no sudden disinterest in classwork, no distancing himself from friends.  All year long, he was the same constant, easy-going person, almost always with a smile on his face.

Of course, I know from first hand experience that my reaction was ridiculous.  Since his death, I've heard from a couple of colleagues that he'd had bouts of depression, had contemplated suicide, but in the past months had seemed so much better.  One friend, who was especially close to him, said, "I honestly thought he was in the clear."

So did we all.  But we depressives are chameleons.  It's what we do best.  And I use "we" deliberately; I've had serious depression and anxiety as long as I can remember, and until I went public with it -- I first blogged on my own personal struggles about four years ago -- I'd bank on the fact that no one knew.  I never missed work, never seemed down, never did a sudden radio silence.  If anything, people described me as dependable and reliable, and most of all, competent.  I never acted as if I needed help.

The truth, of course, is that a good part of the time, it was a struggle even getting myself to work.  Once there, I put the happy-mask on -- because I was expected to.  Taking charge is part of my job.  Even when I was at my lowest, during the breakup of my (all things considered) disaster of a first marriage, hardly anyone knew what was going on.  To admit it, in my depressive state, was somehow to give it more reality.  Easier to pretend it didn't exist, that my life was just hunky-dory, thank you very much.

So it's not to be wondered at that a lot of us didn't know what was going on with Justin.  Still... I wish I had.  Maybe had someone known, we could have made a difference.  I know hindsight is 20/20, and all that, but suicides always leave the survivors playing out what-if scenarios, as pointless as they are, as unfair as they are to everyone concerned.

But it does highlight that it's absolutely critical we look after each other.  Our society has taught us that going it alone is some kind of virtue, that to ask for help is to appear weak or needy.  We pretend we're fine when we're falling apart, and our closest friends often don't know.

So reach out to the people around you.  Treat people with compassion, even those who don't seem to deserve it; sometimes those are the ones who need it most.  Don't forget to check in with the strong ones, the competent ones, the quiet-but-steady ones, who may not be showing you what they're really feeling -- not until you push them to dig deeper.

And don't forget the Suicide Prevention Lifeline Number, 1-800-273-8255.  If you're hurting, and it seems like you can't keep going, give them a call.  If you have a friend or family member who is in crash-and-burn mode and don't know how to help them, give them a call.  Don't go it alone.  You don't need to.

Because -- as I found out in my case, having attempted suicide twice, once when I was 17 and once when I was 20, when things looked completely hopeless -- the only thing suicide ensures is that things won't get better.  Whatever's gone wrong for you, you can survive it, if you're willing to put out your hand and say, "Please help me up." 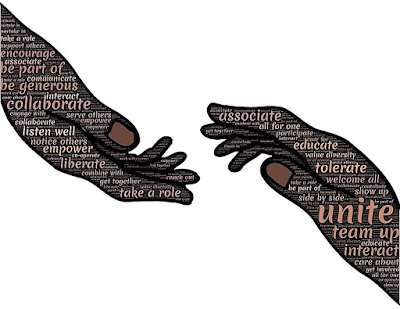 I always try to remember the adage that a family friend told me when I was six.  I was whinging about some classmate that I didn't like, and this friend -- instead of commiserating -- bowled me over by saying, "Always treat people with more kindness than you think you need to, because everyone you meet is fighting a terrible battle that you know nothing about."  I've never forgotten it.

And to Justin, who lost his terrible battle three days ago: I will always remember you as a kind young man with a fine mind and a ready smile.  I, and your friends and family, will miss you dearly.  I wish I could have helped you, but perhaps, if your life and death push someone else to reach out for help, it won't have entirely been in vain.