Something that has continued to baffle me about the arguments over illegal immigration is how little of it tends to be based in fact.

Just in the last six months, four separate studies have found that the number of undocumented immigrants in an area has no correlation to the crime rate, either violent or non-violent.  This, of course, runs counter to the Trump administration's narrative that "our borders are being overrun by millions of illegals" and that all of those millions, immediately after crossing the border, sign a blood oath to MS-13.

Then there's the claim that the illegals are bankrupting us by stealing our benefits -- again, fostered by Trump's repeated claims that undocumented immigrants are immediately granted "welfare and free medical care."  According to EconoFact, here are benefits that illegal immigrants are explicitly prohibited from receiving:
EconoFact states further:

Before I go any further, let me forestall any hate mail over this by stating up front that I am not saying we should do nothing about illegal immigration.  However, wouldn't it be nice if the discussion was based on reality rather than on the fevered imagination of the frightened?

The reason this comes up has to do with a study out of Harvard University by psychologist David Levari et al.  Called "Prevalence-Induced Concept Change in Human Judgment," the study looks at why we are so resistant to relaxing once a problem is being dealt with -- why we so seldom say, "My work here is done."

Levari's team did three separate, but related, experiments:
In each of the trials, the experimenters decreased the frequency of one of the types as the test went on -- in the first, blue dots; in the second, unethical requests; and in the third, threatening faces.  What happened was remarkably consistent.  In the first experiment, test subjects responded by identifying more purple dots as blue -- even ones that were shades of purple that they'd previously seen and identified as purple.  Similarly, requests analogous to those labeled as ethical were identified as unethical later in the experiment -- once truly unethical requests had become less frequent.  In the third, more neutral faces were identified as threatening once actually threatening faces were less commonly seen. 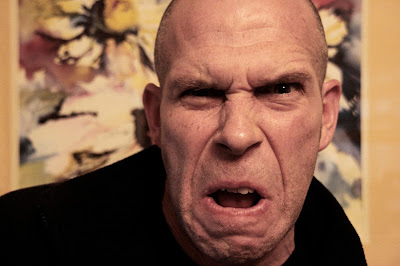 Apparently, when we are made aware of something -- even something as innocuous as whether a dot is blue, purple, or red -- when the thing we're looking for decreases in frequency, we broaden the parameters of what we'll accept as fitting the description.

As Levari writes, in a discussion of his team's research in ScienceAlert:


Why can't people help but expand what they call threatening when threats become rare? Research from cognitive psychology and neuroscience suggests that this kind of behavior is a consequence of the basic way that our brains process information – we are constantly comparing what is front of us to its recent context.

This kind of comparison could lead directly to the pattern my research group saw in our experiments, because when threatening faces are rare, new faces would be judged relative to mostly harmless faces. In a sea of mild faces, even slightly threatening faces might seem scary.

Which may explain some of the furor over illegal immigration.  Not only is most crime in the United States not committed by undocumented immigrants, illegal immigration itself has decreased -- it's been steadily dropping for about twenty years.  So, as the problem gets better, we respond not by breathing a sigh of relief, but by looking around us even more frantically for problems connected with immigrants that we might have overlooked.

Of course, the whole thing isn't helped by Donald Trump and his proxies over at Fox News screeching about it on a daily basis, whipping up the fear and anger -- largely, I believe, because frightened people will vote for the folks who are saying they know how to fix the problem, not for the ones who say the problem isn't as bad as it seems.

What the study by Levari et al. doesn't address, unfortunately, is what to do about all this.  How do you counteract what seems to be a natural tendency to see threats where there are none?  Knowing about the effect might help -- if you are aware of a perceptual bias, you might be able to compensate for it.  But other than that, it looks like we might be stuck with calling purple dots blue -- and seeing neutral faces as dangerous.