Invasion of the Nightcrawlers

After eight years of Skeptophilia, it's hard for me to run into a paranormal or cryptozoological claim I haven't heard of before.  But that's exactly what happened yesterday, when I visited the delightfully loopy feature on Ranker called "Graveyard Shift."

The article tells us about a creature that got its start in California, but apparently is gaining ground all over the United States.  They're called the "Fresno Nightcrawlers," which would make an outstanding name for a sports team.  In an article called "Fresno Nightcrawlers Are Terrorizing the Dark, and They're Spreading Far From California," Laura Allan tells us about these strange beings, a "few feet tall," that appear to be nothing much more than a pair of legs and a head.

Here's a still from a YouTube video that purports to be a pair of Fresno Nightcrawlers: 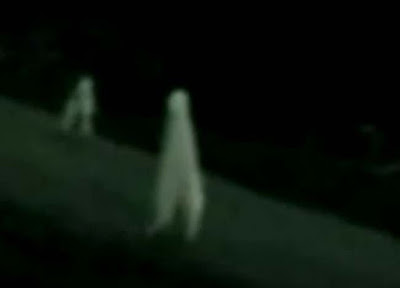 As usual, this video was taken using the videocamera's "AutoBlur" function, also useful when filming ghosts, Bigfoot, aliens, and the Loch Ness Monster.  Here's one of the videos that is supposedly of Nightcrawlers:


Laura Allan says that they've never been encountered in person -- they've only been seen on video footage (the one the still came from was a CCTV that a homeowner had set up in an attempt to catch a thief).  She writes:


Much video footage of cryptids is easily debunked by video analysis, but the weird thing about the nightcrawlers is that the videos seem to be legit.  As goofy and awkward as these mysterious creatures may appear, faking them would prove to be a difficult task. So, then, what exactly are we seeing here?...

Of course, the biggest prevailing theory is that all of this is just some sort of hoax.  The creatures do look rather silly and awkward, and like they may be some sort of puppet rather than actually alive.  While it's never been proven either way, the videos were weird enough to get the attention of one TV show called Fact or Faked, and they set out to examine the video.

First, they examined the creatures themselves, and soon figured out that they were indeed only a few feet tall, as had been previously reported.  Then they went out looking for the creatures, but were unable to find them.  Then they tried to recreate the video with many different known hoax techniques.  All their attempts to recreate the footage was met with failure.  In the end, they decided that the footage would be very difficult to fake, if not impossible, and that the video footage was authentic.

I have to admit that the video gave me a bit of a chill, but that's only because I was reminded of M. R. James's incredibly scary short story "O, Whistle, and I'll Come to You, My Lad."  (The link provided has the entire story, which I will suggest you not read at night when you're alone in the house.  You have been warned.)  So despite the fact that the Nightcrawlers look like walking bedsheets -- in fact, because they do -- it gave me a visceral shudder when I watched the video.

Even so, I'm a little doubtful about all of this.  In this day of digital video editing software, "impossible to fake" has almost become a contradiction in terms.  And as far as the creepiness factor, for me that was at least partly offset by the fact that besides M. R. James's terrifying monster, I was also reminded of the Wrong Trousers from Wallace & Gromit. 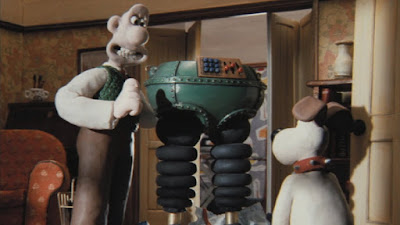 Okay, the Nightcrawlers are taller and skinnier, but the principle is the same.

Anyhow, it was fun running into a cryptid -- or whatever they're claiming it is -- that I'd never heard of before, but it's perhaps unsurprising that I'm less than impressed.  I keep hoping one of these will turn out to be true -- just because I'm a skeptic doesn't mean I'm blind to the coolness factor of there being some weird, unexplained entity out there, beyond what science has yet encountered.

But what looks like an old bedsheet really isn't doing it for me.