New from the "Well, I can't see any way that could go wrong, do you?" department, we have: scientists growing Neanderthal brain fragments in petri dishes and then connecting them to crab-like robots.

My first thought was, "Haven't you people ever watched a science fiction movie?"  This feeling may have been enhanced by the fact that just a couple of days ago I watched the Dr. Who episode "The End of the World," wherein the Doctor and his companion are damn near killed (along with everyone else on a space station) when a saboteur makes the shields malfunction using little scuttling metallic bugs. 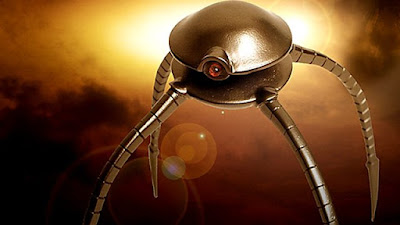 The creator of the Neanderthal brain bits is Alysson Muotri, geneticist at the University of California - San Diego's School of Medicine.  He and his team isolated genes that belonged to our closest cousins, Homo sapiens neanderthalensis, and transferred them into stem cells.  Then, they allowed the cells to grow into proto-brains to see what sorts of connections would form.

Muotri says, "We're trying to recreate Neanderthal minds."  So far, they've noticed an abnormally low number of synapses (as compared to modern humans), and have speculated that this may indicate a lower capacity for sophisticated social behavior.

But Muotri and his team are going one step further.  They are taking proto-brains (he calls them "organoids") with no Neanderthal genes, and wiring them and his "neanderthalized" versions into robots, to make comparisons about how they learn.  Simon Fisher, a geneticist for the Department of Psycholinguistics at the Max Planck Institute, said, "It's kind of wild.  It's creative science."

I have to admit there's a cool aspect to this.  I've always wondered about the Neanderthals.  During the peak of their population, they actually had a brain capacity larger than modern humans.  They clearly had culture -- they ceremonially buried their dead, probably had language (as they had the same variant of the "linguistic gene" FOXP2 that we do), and may have even made music, to judge by what appears to be a piece of a 43,000 bone flute that was found in Slovenia. 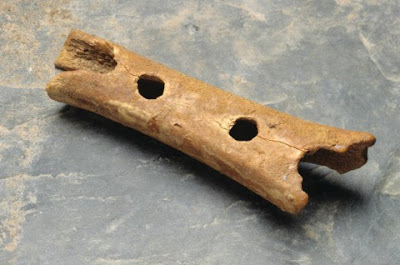 All that said, I'm not sure how smart it would be to stick a Neanderthal brain inside a metallic crab.  If this was a science fiction movie, the next thing that happened would be that Muotri would be in his lab late at night working with his Crab Cavemen, and he'd turn his back and they'd swarm him, and the next morning all that would be found is his skeleton, minus his femur, which would have been turned into a clarinet.

Okay, I know I'm probably overreacting here.  But it must be admitted that our track record of thinking through our decisions is not exactly unblemished.  Muotri assures us that these little "organoids" have no blood supply and therefore no potential for developing into an actual brain, but still.  I hope he knows what he's doing.  As for me, I'm going to go watch Dr. Who.

This week's book recommendation is from one of my favorite writers and documentary producers, Irish science historian James Burke.  Burke became famous for his series Connections, in which he explored the one-thing-leads-to-another phenomenon which led to so many pivotal discoveries -- if you've seen any of the episodes of Connections, you'll know what I mean when I say that it is just tremendous fun to watch how this man's brain works.  In his book The Pinball Effect, Burke investigates the role of serendipity -- resulting in another tremendously entertaining and illuminating read.