One of the most difficult-to-fight biases in human nature is the sunk-cost fallacy.

The idea is the more time, effort, and/or money we've put into a decision, the less likely we are to abandon it -- even after it has been proven a bad choice.  It's what makes people stick with cars that are lemons, investments that are financial disasters, marriages that are horrible, and politicians who have proven themselves to be unethical and self-serving, long after cut-and-run would, all things considered, be the most logical course of action.

The tendency is so ubiquitous that it's often taken for granted.  You even see it in far less logical scenarios than the ones I mentioned above, where there could be at least some rational reason for sticking with the original choice.  A good example is games of pure chance, where gamblers will keep on wasting money because they are certain that a losing streak is bound to end.  "I'm already a thousand dollars in the hole," they'll say.  "I can risk five hundred more."  Here, sunk-cost makes no sense whatsoever; the lost thousand is not an investment that could pay off in any sense of the word, and losing streaks in games of pure chance are not bound to do anything.

That's why they're called "games of pure chance."

So the ubiquity of the sunk-cost fallacy is undeniable, but what's less obvious is why we do it.  Sticking with a bad choice is rarely ever advantageous.  But despite its dubious benefits to survival, what seems certain is that it's a very old behavior, evolutionarily speaking.  Because researchers at the University of Minnesota have just shown that sunk-cost decision making not only occurs in humans, but in... 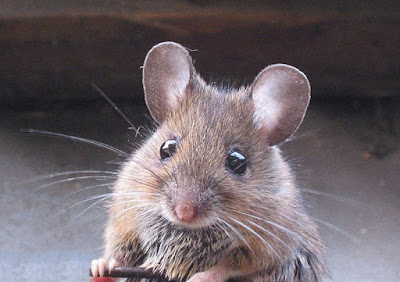 
Sunk costs are irrecoverable investments that should not influence decisions, because decisions should be made on the basis of expected future consequences.  Both human and nonhuman animals can show sensitivity to sunk costs, but reports from across species are inconsistent.  In a temporal context, a sensitivity to sunk costs arises when an individual resists ending an activity, even if it seems unproductive, because of the time already invested.  In two parallel foraging tasks that we designed, we found that mice, rats, and humans show similar sensitivities to sunk costs in their decision-making.  Unexpectedly, sensitivity to time invested accrued only after an initial decision had been made.  These findings suggest that sensitivity to temporal sunk costs lies in a vulnerability distinct from deliberation processes and that this distinction is present across species.

In both the experiments with humans and rodents, the setup was the same -- the subject navigates a maze looking for rewards (a food pellet for the mice, and hilariously, a video of kittens playing for the humans, showing that cat videos really are an incentive for us) which are scattered randomly through the maze.  Each time a reward is encountered, the subject is told how long it will take for the reward to be delivered (a tone the mice and rats are trained to associate with wait time, and a countdown timer for the humans).  Because the rewards are plentiful and some of the waits are long, what would make logical sense is to abandon a reward if the wait time is too long, so more time could be spent searching for rewards with short wait times.

But that's not what happened.  Both the rodents and the humans would often stick with rewards with very long wait times -- and the ones who said, "Screw it, this is too long to sit here twiddling my thumbs" all gave up early on.  The longer the test subject stuck with the wait, the more likely they were to hang on to the very end, even at the cost of a considerable amount of time that could have been spent foraging more productively.

"Obviously, the best thing is as quick as possible to get into the wait zone," said David Redish, who co-authored the study.  "But nobody does that.  Somehow, all three species know that if you get into the wait zone, you’re going to pay this sunk cost, and they actually spend extra time deliberating in the offer zone so that they don’t end up getting stuck."

What this research doesn't indicate though, its why we all do this.  Behaviors that are common throughout groups of related species -- what are called evolutionarily-conserved behaviors -- are thought to have some kind of significant survival advantage.  (Just as evolutionarily-conserved genes are thought to be essential, even if we don't know for certain what they do.)  "Evolution by natural selection would not promote any behavior unless it had some — perhaps obscure — net overall benefit," said Alex Kacelnik, a professor of behavioral ecology at Oxford, who was not part of the study, but praised its design and rigor.  "If everybody does it, the reasoning goes, there must be a reason."

But what that reason is remains unclear.  We have to leave it at "we're not as logical as we like to think, and our motivation for decision-making not as based in solid fact as you might expect," however unsatisfying that might be.

But it is something to consider next time we're weighing the benefits of sticking with a decision we already made -- whether it's the wait time for downloading a kitten video, or continuing our support for a politician.

This week's Skeptophilia book recommendation is a must-read for anyone concerned about the current state of the world's environment.  The Sixth Extinction, by Elizabeth Kolbert, is a retrospective of the five great extinction events the Earth has experienced -- the largest of which, the Permian-Triassic extinction of 252 million years ago, wiped out 95% of the species on Earth.  Kolbert makes a persuasive, if devastating, argument; that we are currently in the middle of a sixth mass extinction -- this one caused exclusively by the activities of humans.  It's a fascinating, alarming, and absolutely essential read.