The God-given right to abuse

In today's post, I'm going to allude to two news stories I ran across in the last couple of days that are so upsetting, so completely nausea-inducing, that I am going to omit most of the details and simply direct you to the links if you want to read more.  (If that disclaimer wasn't enough, let me be blunt: serious trigger warning regarding violence and abuse directed at children and teenagers.)

In the first, a man named Isauro Aguirre was just handed the death penalty in California because he had killed his girlfriend's eight-year-old son.  The reason?  He "thought the boy was gay."

The second was written by the young man who was the target of the abuse.  Rex Ogle, now 38 years old, was given forty-eight hours to leave his home with only what he could carry when he was eighteen.  For three months he lived on the street, eating out of trash cans, sleeping outside in all weather, until he broke down and called his grandmother for help.  The reason?

His stepmother had outed him to his father as gay, and his father told him, "If you choose to be gay, then you’re no longer part of this family.  You want to live that lifestyle?  Then do it somewhere else."

"In my father's defense," Ogle writes, "he had offered me a choice."  The choice was that he could leave, or remain part of the family -- as long as he attended church three times a week, asked a girl out and stayed with her (or another girl who was approved by his father), and he promised to "never seek to associate with a person of the homosexual persuasion."

In other words, lie to the world about who he is.  He realized he couldn't do that.  The result: forty-eight hours later, a man stood stern and dry-eyed while watching his own son walking down the driveway, weeping, carrying nothing but what he could fit in a backpack.

In both cases, the defense by the abuser was that "being gay is wrong."  God disapproves.  Therefore, a true believer has the license to abuse, and still claim that he's on the moral high ground.

Readers will no doubt be fast to point out two objections.

First, many Christians don't do this sort of thing.  Which I grant you.  I know many devout Christians who are, I'm sure, as disgusted by the abuse outlined above as I am.  However, one thing I don't hear often is those same Christians publicly denouncing the origin of such behavior -- and the church and political leaders who sanction it.

A second legitimate objection is that Christianity is hardly the only religion that has condoned violence against LGBTQ individuals.  Hell, in areas controlled by strict Muslims, gay men have been pitched off rooftops; if they survive the fall, they're stoned to death.  Which is certainly true.  But since when is "they're doing it too" any kind of justification?

So the general response is to defend evangelical Christianity against any responsibility for this sort of thing.  The interesting thing, however, is that the perpetrators of the abuse themselves are completely unequivocal as to where the reason comes from.  God told them it was the right thing to do, and their defense is "my holy book tells me what is right and wrong."

To which I respond: bullshit.

Sure, the Bible and the Qur'an both prohibit homosexuality.  The problem is, there are a whole lot of other things the Bible and the Qur'an prohibit that no one seems to take especially seriously, even the ones who call themselves fundamentalists.  I'll look at the biblical ones, because I'm not well-versed in the Qur'an, but I have no doubt the same is true there.  (Here's a list of some of the actions prohibited by the Qur'an, but be aware I haven't checked them for accuracy.)

Here are a few prohibitions from the Bible, along with the relevant verse:
The fact of the matter is, nobody's following the Bible to the letter.  All of the inconvenient stuff is simply ignored.  So is the stuff that could get you thrown in jail (such as owning slaves and/or killing them [Leviticus 25:44-46] and stoning disobedient children to death [Deuteronomy 21:18-21]).

So why all the focus on LGBTQ individuals?

Because the idea of two guys or two women having sex makes some people feel squinky.  It has nothing, nothing whatsoever, to do with the Bible.  If it did, you'd find the Westboro Baptist Church loonies waving signs around in front of Red Lobster, and way less of this kind of thing: 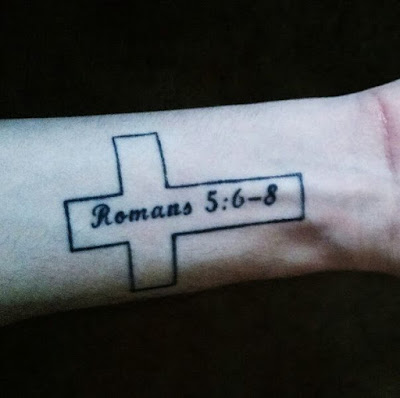 I am sick unto death of people using their religion to justify being horrible to others.  I don't give a flying fuck what you think about what I should be doing with my naughty bits.  It is, frankly, none of your damn business.  There's also the issue that homosexuality has unequivocally been shown to be connected to brain wiring -- i.e., it isn't a choice and never has been.

So disowning or torturing and killing your own child because they're LGBTQ is about as moral as doing so because they have freckles or brown eyes, whatever the Bible says about it.

It is appalling that we are even still having to fight this battle.  A lot of my LGBTQ friends are petrified about the retirement of Justice Anthony Kennedy -- as conservative as he could be, he was at least a swing vote on social issues.  Now, with Donald Trump and his evangelical cronies to pick the next Supreme Court Justice?  No one really doubts that once they've established an ultraright majority, the first thing they'll topple is Roe v. Wade.

And the second thing they'll come after is LGBTQ rights.  In other words, unless we're very lucky, there'll be legal coverage for discrimination based upon sexual orientation.

I hope reading this has pissed you off enough to make your voice heard.  We are at a crossroads, I think, when we will either continue down the road of letting an amoral bunch of wannabe theocrats drive policy in this country, and move us further toward oppression and bigotry, or else enough people will stand up and say, "Stop.  Stop right here."

But that will only happen if we're willing to say that.  Loudly.  Over and over, and regardless of the personal consequences.  Otherwise, I fear that we're headed for a very dark period in history.