I'm a pretty forgiving guy.  I recognize we all have failings, and heaven knows I've led a far from blameless life myself.  But there are two things that I find it hard to fathom, and nearly impossible to forgive.

Those two things are rape and pedophilia.

Victimizing the less powerful turns my stomach.  I can barely stand even reading news stories that involve those two acts, which is why I felt actual nausea at a trio of disgusting articles about the recent revelation of a massive coverup by the Catholic Church in Pennsylvania involving the rape of 1,200 (possibly more) children by priests.

Let's start with the response to the scandal by Dr. Taylor Marshall, Catholic theologian, who at least acknowledged the problem -- more than a lot of church leaders have done -- but then proceeded to deflect the blame in a way that is as maddening as it is baffling.  Here's what Marshall had to say:


So the reason priests have molested children is not because they're sick, predatory, and in a position of power, and are being overseen by men more concerned about the church's image than they are about protecting children.

No, the reasons are atheists, gays, and big churches. 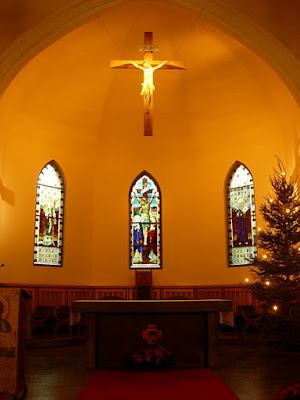 Then there's Bill Donohue, president of the Catholic League, who said that Pennsylvania Attorney General Josh Shapiro is "anti-Catholic" and "salacious" for going after pedophile priests.  Donohue, who is known for his vitriolic, combative Catholicism-Is-Never-Wrong stance, had the following to say:


Shapiro said that "Church officials routinely and purposely described the abuse as horseplay and wrestling and inappropriate contact. It was none of those things."  He said it was "rape."

Similarly, the New York Times quoted from the report saying that Church officials used such terms as "horseplay" and "inappropriate contact" as part of their "playbook for concealing the truth."

Fact: This is an obscene lie.  Most of the alleged victims were not raped: they were groped or otherwise abused, but not penetrated, which is what the word "rape" means.  This is not a defense — it is meant to set the record straight and debunk the worst case scenarios attributed to the offenders.

First of all, how does Donohue know that "most of the alleged victims were not raped?"  That certainly contradicts a lot of the information that's been released (see the next article for more information about that).  And instead of defending the church and the priests, how about a little compassion for the children that were hurt?

Worst of all, there's the piece by Hemant Mehta that I would not recommend you read unless you have a far stronger stomach than I have, that gives details about a number of the cases being investigated.  I read it with an increasing sense of horror, not only because of the disgusting nature of the crimes committed, but because of the sheer number.  Mehta's list goes on and on -- but it bears mention that these are only cases that are being prosecuted in one state in one country.  Multiply that by the size of the Catholic community worldwide, and the imagination boggles.

And besides the scale, the other thing that will jump out at you is the lengths to which church leaders will go to protect not the victims, but the priests and the church.  Consider, for example, a letter from the bishop to Father Thomas Skotek, after it was revealed that he'd raped an underage girl, who became pregnant, and then paid for her to have an abortion.

"This is a very difficult time in your life, and I realize how upset you are," the bishop's letter said.  "I too share your grief."

This letter was written to Father Skotek, not to his victim.

The whole thing leaves me reeling.  It bears mention that I knew one of the first pedophile priests to be prosecuted and jailed for his crimes -- Father Gilbert Gauthé, who in the late 1960s and 1970s raped over a hundred boys in southern Louisiana.  At first, instead of turning Gauthé in for his crimes, the two bishops who supervised him, first Bishop Maurice Schexnayder and then Bishop Gerald Frey, moved him from one parish to another an effort to hide the scandal.  All that did, of course, was simply to give Gauthé a new batch of children to molest, and the crimes themselves didn't come to light until 1983.  (Despite my being a child when I knew him, Gauthé never acted inappropriately toward me, probably because he knew my grandmother, with whom I was living at the time, would have strangled him with her bare hands if he had.)

The most horrifying thing of all is that these kinds of crimes are not, as they have often been characterized, the sole provenance of the Catholic Church.  They can occur any time you have two ingredients -- a power structure that puts the leaders in a position of absolute authority over their followers, and people running the whole thing who are more bent on protecting themselves and their institution than they are on protecting innocent victims.  (If you want to read a novel that shows a similar thing in a different setting, read Ava Norwood's book If I Make My Bed In Hell, which is simultaneously one of the most beautifully written, and most disturbing, works of fiction I've ever read.)

As horrifying as it is, I hope the cases in Pennsylvania will uncover the similar instances of pedophilia that must exist in equal numbers in other places.  The victims have a right to have their voices heard, and their wrongs redressed, insofar as that is possible.  The perpetrators need to face justice for what they have done.

And the people like Taylor Marshall and Bill Donohue who are still making excuses and defending the church leaders rather than showing the slightest compassion to the victims need to shut the fuck up.