About two and a half years ago, a team of researchers released a landmark paper entitled "On the Reception and Detection of Pseudo-Profound Bullshit."  The gist of the paper, which I wrote about in Skeptophilia, is that people with lower cognitive ability and vocabulary are more prone to getting taken in by meaningless intellecto-babble -- statements that sound profound but actually don't mean anything.

This is the sort of thing that Deepak Chopra has become famous for, which led to the creation of the Random Deepak Chopra Quote Generator.  (My latest visit to it produced "The unexplainable embraces new life, and our consciousness constructs an expression of balance."  I've read some real Chopra, and I can say with certainty that it's damned hard to tell the difference.)

Now, a followup paper, authored by Arvid Erlandsson, Artur Nilsson, Gustav Tinghög, and Daniel Västfjäll of the University of Linköping (Sweden) -- interestingly, none of whom were involved in the earlier study -- has shown that not only does poor bullshit detection correlate with low cognition (which is hardly surprising), it correlates with high selfishness and low capacity for compassion.

In "Bullshit-Sensitivity Predicts Prosocial Behavior," which came out in the online journal PLoS One two weeks ago, the authors write:


Although bullshit-sensitivity has been linked to other individual difference measures, it has not yet been shown to predict any actual behavior.  We therefore conducted a survey study with over a thousand participants from a general sample of the Swedish population and assessed participants’ bullshit-receptivity (i.e. their perceived meaningfulness of seven bullshit sentences) and profoundness-receptivity (i.e. their perceived meaningfulness of seven genuinely profound sentences), and used these variables to predict two types of prosocial behavior (self-reported donations and a decision to volunteer for charity)...  [L]ogistic regression analyses showed that... bullshit-receptivity had a negative association with both types of prosocial behavior.  These relations held up for the most part when controlling for potentially intermediating factors such as cognitive ability, time spent completing the survey, sex, age, level of education, and religiosity.  The results suggest that people who are better at distinguishing the pseudo-profound from the actually profound are more prosocial.

"To our knowledge, we are the first study that links reactions to bullshit to an actual behavior rather than to self-reported measures. We also measure prosociality in two different ways, which makes the findings more robust and generalizable," said Arvid Erlandsson, who co-authored the study, in an interview in PsyPost.  "We see this finding as a small but interesting contribution to a fun and quickly emerging field of research rather than something groundbreaking or conclusive.  We are open with the fact that the results were found in exploratory analyses, and we cannot currently say much about the underlying mechanisms...  Future studies could potentially test causality (e.g. see whether courses in critical thinking could make people better at distinguishing the actually profound from the pseudo-profound and whether this also influences their prosociality compared to a control group)." 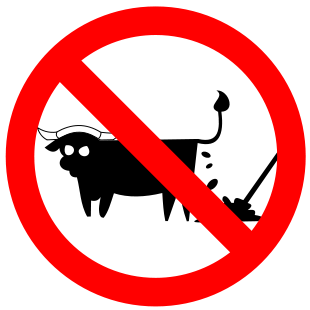 As you might expect, I find all of this fascinating.  I'm not sure it's all that encouraging, however; what this implies is that bullshit will tend to sucker stupid mean people (sorry, I'm not a researcher in psychology, and I just can't keep writing "low-cognition, low-prosocial individuals" without rolling my eyes).  And if you add that to the Dunning-Kruger effect -- the well-studied tendency of people with low ability to overestimate how good they are at something -- you've got a perfect storm of unpleasant behavior.

Stupid mean people who think they're better than the rest of us, and who will not only fall for nonsense, but will be unwilling to budge thereafter regardless of the facts.

Sound like some people in red hats we keep seeing on the news?

So my chortles of delight over the Erlandsson et al. paper were tempered by my knowledge that we here in the United States are currently watching the results play out for real, and it's scaring the hell out of a good many of us.

I'm not sure what, if anything, can be done about this.  Promote critical thinking in schools is a good place to start, but education budgets are being slashed pretty much everywhere, which certainly isn't conducive to adding new and innovative programs.  Other than that, we just have to keep coming back to facts, evidence, and logic, and hoping that someone -- anyone -- will listen.