Every once in a while I'll run across a claim that is so wildly ridiculous that I question, for a time, if it is meant as a joke.  Sadly, the majority of them aren't.  As hard as it is for me to believe, given that we currently live in the most scientifically and technologically advanced society that the Earth has ever seen, there are a lot of people who believe stuff that is unrefined bullshit.

I ran into an example a few days ago, when a friend and loyal reader of Skeptophilia sent me an article entitled "Scientists Prove DNA Can Be Reprogrammed By Words And Frequencies," by Grazyna Fosar and Franz Bludorf.  The word "frequency" always acts like a red flag to me, as it is for some reason a word woo-woos like a lot, and throw about in absurd ways despite its having a rigid, and not especially thrilling, definition in the scientific world (three others are "energy," "vibration," and "field").  So I read the article, and found ample fodder for faceplanting right in the first paragraph, to wit:


THE HUMAN DNA IS A BIOLOGICAL INTERNET and superior in many aspects to the artificial one.  Russian scientific research directly or indirectly explains phenomena such as clairvoyance, intuition, spontaneous and remote acts of healing, self healing, affirmation techniques, unusual light/auras around people (namely spiritual masters), mind’s influence on weather patterns and much more.  In addition, there is evidence for a whole new type of medicine in which DNA can be influenced and reprogrammed by words and frequencies WITHOUT cutting out and replacing single genes.

So -- DNA causes auras and clairvoyance, not to mention "weather patterns." And here I thought weather patterns were caused by air masses moving around, and all that sort of thing.

But what do I know? 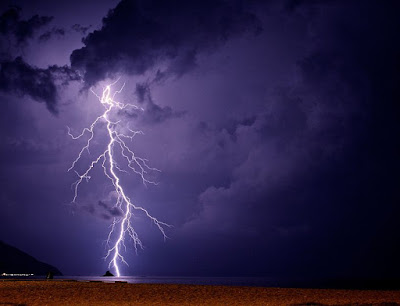 In any case, the authors are far from done:


The Russian biophysicist and molecular biologist Pjotr Garjajev and his colleagues also explored the vibrational behavior of the DNA...  The bottom line was: “Living chromosomes function just like solitonic/holographic computers using the endogenous DNA laser radiation.”  This means that they managed for example to modulate certain frequency patterns onto a laser ray and with it influenced the DNA frequency and thus the genetic information itself. Since the basic structure of DNA-alkaline pairs and of language (as explained earlier) are of the same structure, no DNA decoding is necessary.

Ooh, there we are -- "vibration!" That's two down, two to go.  My favorite part of this is that "no DNA decoding is necessary."  You don't have to know anything about how DNA actually works, apparently, to experience "endogenous DNA laser radiation."  Maybe it'll grant you superpowers, you think?  If so, I want to be able to fly.  You know, big feathery wings coming from my shoulders.  It'll make fitting into shirts tricky, but that's a sacrifice I'm willing to make.

But let's not get sidetracked, here.  Back to the article:


One can simply use words and sentences of the human language!  This, too, was experimentally proven!  Living DNA substance (in living tissue, not in vitro) will always react to language-modulated laser rays and even to radio waves, if the proper frequencies are being used...  Esoteric and spiritual teachers have known for ages that our body is programmable by language, words and thought.  This has now been scientifically proven and explained.  Of course the frequency has to be correct.  And this is why not everybody is equally successful or can do it with always the same strength.  The individual person must work on the inner processes and maturity in order to establish a conscious communication with the DNA.  The Russian researchers work on a method that is not dependent on these factors but will ALWAYS work, provided one uses the correct frequency.

"The human language" reprograms DNA?  Hmm.  I wonder if it has to be a specific language?   Russian, given that that's what the "scientist" who did this "research" speaks?   Would English do?   How about Sanskrit?  Or Swahili?  What about Pig Latin?  "This is Ordon-gay attempting to eprogram-ray your NA-Day."

But that's not all your DNA can do, when the proper "frequency" is achieved:


The Russian scientists also found out that our DNA can cause disturbing patterns in the vacuum, thus producing magnetized wormholes!  Wormholes are the microscopic equivalents of the so-called Einstein-Rosen bridges in the vicinity of black holes (left by burned-out stars).  These are tunnel connections between entirely different areas in the universe through which information can be transmitted outside of space and time.  The DNA attracts these bits of information and passes them on to our consciousness.  This process of hyper communication is most effective in a state of relaxation.  Stress, worries or a hyperactive intellect prevent successful hyper communication or the information will be totally distorted and useless.

I've been kind of stressed lately, which is probably why there have been no wormholes forming in my vicinity.


When hyper communication occurs, one can observe in the DNA as well as in the human being special phenomena.  The Russian scientists irradiated DNA samples with laser light.  On screen a typical wave pattern was formed.  When they removed the DNA sample, the wave pattern did not disappear, it remained.  Many control experiments showed that the pattern still came from the removed sample, whose energy field apparently remained by itself.  This effect is now called phantom DNA effect.  It is surmised that energy from outside of space and time still flows through the activated wormholes after the DNA was removed.

Yay! "Energy" AND "field!" We've scored four for four with this one! At this point, my DNA was tired of hypercommunicating at high frequencies and my wave frequency patterns felt like they needed a double scotch, so I pretty much stopped reading, although I did notice further along that the article mentioned the Schumann resonance, Princess Diana's funeral, remote sensing, UFOs, "troubled children," and anti-gravity.  So they've got their bases pretty well covered, woo-woo-wise.

And yes, this article appears to be entirely serious.  As do the comments, the first one of which was, "This appears to be how Jesus performed miracles.  The power of God is within us!"

Because Jesus had lasers, and all.

I find all of this simultaneously hilarious and discouraging.  Hilarious because the claims are so bafflingly stupid that I can't help but laugh when I read them; discouraging because there is, apparently, a large group of people who actually find them plausible.  As a science teacher, we try to provide what Carl Sagan calls "a candle in the dark" -- a way of seeing the world that gets past superstition and credulity, and bases our knowledge instead on evidence, logic, and rationality.  And to be sure, we've come a long way since the Dark Ages, when people believed that there were only four elements (earth, air, fire, and water) and frogs were spontaneously created from muddy water.   When I read stuff like this, however, it makes me realize how far we still have to go.

Posted by Gordon Bonnet at 3:01 AM