The child in the cemetery

It's astonishing how little a skeptical, rational approach has insulated me from having a purely visceral reaction sometimes.

I've commented to my wife that I seem to have two brains, and they don't talk to each other.  In fact, most of the time each one seems to be bound and determined that the other doesn't exist.  One is my rational brain, that tells me things like "You've been very healthy, all things considered, and the physical you had two days ago is really unlikely to have turned up anything even remotely questionable."  The other, my emotional brain, says, "You haven't gotten the results yet, which means that they are reluctant to tell you that you're dying of a rare, incurable, and horribly painful disease."

Even with less personal things, it's curious how I can have two completely independent reactions at precisely the same time.  Take, for example, the image captured on Google Street View in the Martha Chapel Cemetery, Huntsville, Texas last week.

How anyone thought of zooming in like this, on an image of a (supposedly) empty cemetery, I don't know.  At least that's my emotional brain speaking.  My rational brain says there's a clear reason -- because it's a hoax, a digitally-altered photograph.  But without further ado, here's the image in question: 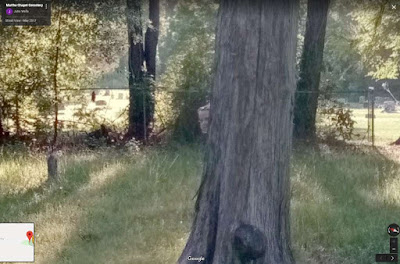 If you'll look closely, there's a very convincing image of a little girl's face peeking from around the left side of the tree.

The link I provided shows the image in a variety of angles and magnifications, and also says that there's a second "ghostly image" in the picture.  You can see it in the rectangular space framed by the sapling and the two dark tree trunks on the left side of the image.  Here it is, magnified: 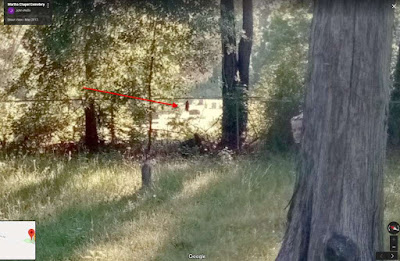 This one, on the other hand, just doesn't do it for me.  If you go to the link (the YouTube video it brings you to is only a minute and a half long), you can see it in even greater magnification, and it looks to me like...

... a leaf caught on the fence.  I don't see it as creepy enough to need further explanation; even considering pareidolia, the thing just doesn't look like a "human figure," but just a dark, irregular blob.

The little girl, though.  That one is, to put not to fine a point on it, freakin' creepy.  She even has a sly expression in her eyes.  I'm relatively certain it's not a ghost; I'll admit the possibility, but the likelihood of camera anomalies or an outright hoax is, in my opinion, far greater.

I'd like to be able to say that my rational brain wins the argument every single time, but truth be told, I am primarily an emotional creature -- odd, I know, for someone who is trained in science and who has waved the flag of rationalism at every opportunity.  In fact, I've often wondered if rationalism and skepticism appealed to me because it at least gave me some protection against going around having the screaming meemies every other Tuesday.

So it seems like I have to put up with having two personalities who give every evidence of hating each other's guts.  I guess it could be worse.  At least they don't get into verbal arguments.  Because people already think I'm eccentric enough without my going around acting like this guy.  Or these guys, depending on how you look at it. 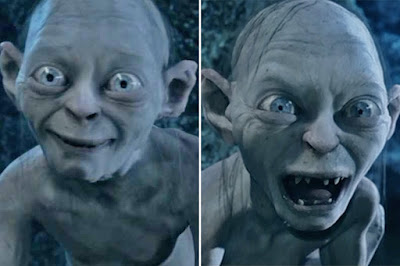