One of the enduring mysteries of neuropsychology is how memory is encoded.

As I tell my introductory neuroscience students, think of the simplest thing you can.  Your middle name.  What 2 + 3 is.  What three colors are in the American flag.  Now, where was that information before I asked you?  And how did you retrieve it?  And where does it go when you no longer are thinking about it?

We have some ideas about where memory is stored, given recent studies with fMRI machines.  Scientists can see what parts of the brain are active when you recall different types of information, and we now know that different types and durations of memory are stored in different places.  But the other two pieces -- how memory is stored and how it is retrieved -- we honestly have no idea about.

We got another piece of the puzzle last week with some new research by Gabriel Radvansky of Notre Dame University and Aya Ben-Yakov and Rik Henson of the University of Cambridge.  What they were interested in is episodic memory, our brain's ability to slice what it recalls up into discrete chunks, rather like the chapters in a story.  They looked at what happens at the boundaries -- what we perceive as the end of one episode and the beginning of another.

"So much research is done with these little bits and pieces — words, pictures, things like that,” Radvansky says.  "But those dry tidbits aren’t what the human brain usually handles.  The mind is built to deal with complex events... Research like this helps us identify ‘What is an event, from the point of view of the brain?’" 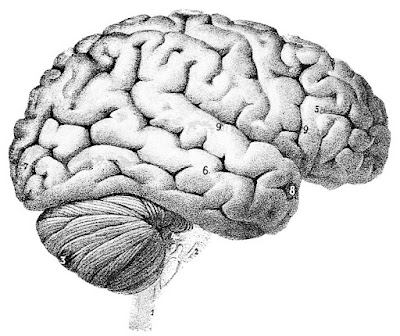 They had participants watching one of two movies, Forrest Gump and Bang! You're Dead!, and using fMRI watched what happened when obvious boundaries were reached -- a scene fade-to-black, a jump to a new location or new characters, and so on.  But what is interesting is that the brain perceives other moments as boundaries as well.  At any of those moments, activity in the hippocampus increases dramatically, suggesting that this is the structure that helps us divide what we remember into distinct episodes.

Laura Sanders, writing about the research in Science News, explains further.  "These transitions didn’t always involve jumps to new places or times in the story. One such boundary came near the beginning of Forrest Gump as Forrest sits quietly on a bench.  Suddenly, he blurts out his famous greeting: 'Hello. My name’s Forrest. Forrest Gump.'  The hippocampus may have helped slice that continuous bench scene into two events: before talking and after talking.  Such divisions may help package information into discrete pieces that can then be stored as memories."

In real life, of course, there are seldom such definitive boundaries.  A few artificial ones exist -- when it's quitting time at work, when the bell rings in a school, when your alarm clock goes off.  Most of the rest of life proceeds along fairly smoothly, but what this research suggests is that you don't store or recall memories that way.

Which is another nail in the coffin of the idea of our memories being accurate.  Research has been chipping away for years at the notion that we have any kind of a decent record of the past, but the results have shown the reality is very much the opposite.  Here, we find that our brains are slicing up what we've experienced into chunks with more-or-less arbitrary boundaries, leaving us with the sense of life being a series of disjointed episodes rather than any kind of continuous record of events.

I'm also interested in what we remember of the boundaries themselves.  In movies, when a scene shifts, it usually doesn't occur to us to ask what's happening during the gap, and we don't form any kind of strong memory of the jump itself (at least, I don't).  What the Radvansky et al. research suggests is that when discrete edges don't exist, we superimpose them on what we remember.  So do we have the same kind of foggy sense of recall during these brain-created boundaries as we do when we're watching movies?

In any case, this is an interesting new piece of the puzzle of our memory, and how we create a picture of past events.  Now, I wish they'd get to work on two of the most intriguing memory-related events -- déjà vu and the "tip of the tongue" phenomenon.  Since we finally seem to be closing in on how we store memories, I have no doubt that scientists will one day be able to account for these, as well.