I was talking with a friend this past weekend, and the subject of children's television came up.

"It all sucks," he lamented.  "There's nothing around any more that's the quality of what we had when we were growing up."

I certainly see what he was talking about.  In my opinion, Bugs Bunny and Daffy Duck are up there in the top ten funniest comedy writing ever (not to mention brilliant animation, incredible voice-overs, and impeccable comic timing). 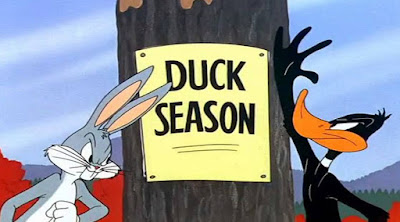 Classic episodes like "Duck Amuck" and "The Rabbit of Seville" and "Bully for Bugs" still make me howl with laughter even though I've seen them dozens of times. 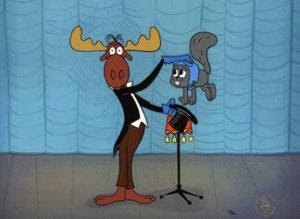 The problem is, this kind of nostalgia only works if you've got a really selective memory.  There were some truly horrid children's shows when I was growing up.  One that sticks in my memory, because it not only was terrible but was, to put it bluntly, really fucking weird, was H. R. Pufnstuf.

If you've never seen this show, it's the adventures of an odious little twerp named Jimmy who has a magic talking flute, and somehow ends up in a land where the mayor is a green dinosaur with a Tennessee accent, and most of the characters are wearing full-body costumes supposed to be people, animals, or... pieces of furniture.  Oh, yeah, and the villain -- I shit you not -- is named "Witchiepoo."  It also had a really creepy fake laugh-track, so you knew when something funny had happened, because heaven knows there was no other way to tell.  To get a sense of the overall effect, imagine what would have happened if J. R. R. Tolkien wrote a script for Barney and Friends while tripping on acid.

Don't believe me?  Take a look at this little excerpt:

The whole thing was dreamed up by Sid and Marty Kroft, who also came up with The Banana Splits, which was similar not only in its frenetic, seizure-inducing pacing, but in its psychedelic content: 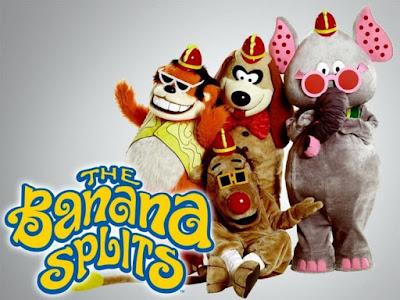 So I'm not quite buying the "things were so much better back then" argument.  We naturally tend to look at our own past in a sentimental fashion, so a lot of our memories are colored by that.  (Although I do wonder how much of my own sense that the world is a weird and chaotic place was generated by watching shows like H. R. Pufnstuf when I was eight years old.)

On a more serious note, isn't this the same thing that drives the whole MAGA phenomenon?  "Make America Great Again," by returning to... when?  When was America so great that we'd jump in a time machine and head back there?  The prosperous Fifties -- when minorities could be legally denied their rights as citizens?  The Roaring Twenties -- with its class stratification and reckless economic policy that led directly to the Great Depression?

Even earlier?  No matter where you look, it was all a mixed bag -- as it is now.  There has never been a time that was unalloyed good, and there have been plenty of times in the past when it has been significantly worse than it is now.  Consider, for example, what it was like for your typical feudal peasant.  When we think of medieval times, we tend to picture lords and ladies in fancy dress dancing the galliard, but fail to consider that this represented maybe five percent of the population -- and the other ninety-five percent spent their lives in backbreaking labor and lived in squalor.

So if I was offered a one-way trip in a time machine, I'd stay put, thank you very much.  If I were forced to choose, my criteria would be practical ones -- some time after the invention of indoor plumbing and general anesthesia.  Call me a stick in the mud, but I'm just fine right here.

And now, I need to take advantage of another wonderful modern invention, which is recorded music. Because if I don't do something to get that stupid damn "Oranges Poranges" song out of my head, I'm going to lose my marbles.