For the past three nights in a row, I've dreamed that I was being charged by a large, snarling dog.

Besides the repetitive nature of the dream -- I can't recall ever having recurring dreams before -- the weird part is that of all the animals to pick, dogs are the ones I'd be least afraid of.  I tend to be a dog magnet.  Even dogs that are kind of skittish recognize me as a kindred spirit.

To be absolutely honest, dogs generally like me better than people do.

Plus, you'd be hard-pressed to find two less threatening dogs than the ones I have.  I've never seen either one act aggressively toward anything but squirrels.  As an illustration, two nights ago, Guinness, our large, goofy American Staffordshire Terrier mix, was lying in my wife's spot when she decided to come to bed.  So I grabbed Guinness by all four paws and rotated him clockwise by 180 degrees.  His only response was to sigh heavily, and he ended up with my arm around him and his head resting on my shoulder, where he fell asleep again in a matter of minutes. 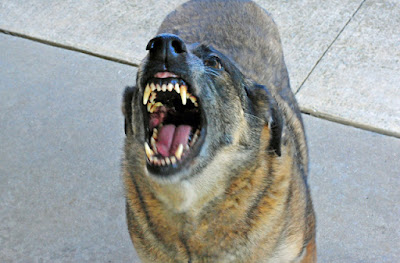 Fig. 1: What neither of my dogs looks even remotely like.  [Image licensed under the Creative Commons; original at https://www.flickr.com/photos/statefarm/6993960366/]

So the content of the dream is as odd as its repetitive nature.  The first time I had the dream, I woke up at the moment the snarling dog was about to leap and sink its teeth into my throat, and shouted so loud it woke my wife up.  This, too, is something that hardly ever happens.  The second time, I dreamed I was using my left arm to ward off the dog's attack, and woke up to find I'd flung the blankets away from me.

I'm not at all sure why this is happening.  I started a new anti-anxiety med a few weeks ago, and all I can say is that if this is one of the side effects, it is not helpful.  The idea should not be to take something I'm not anxious about, and make me anxious about it.

This comes up not only because of my recent experiences, but because of a study that appeared last month in Nature called, "Peace of Mind and Anxiety in the Waking State are Related to the Affective Content of Dreams," by Pilleriin Sikka, Henri Pesonen, and Antti Revonsuo of the University of Turku (Finland).  The authors write:


Waking mental well-being is assumed to be tightly linked to sleep and the affective content of dreams.  However, empirical research is scant and has mostly focused on ill-being by studying the dreams of people with psychopathology.  We explored the relationship between waking well-being and dream affect by measuring not only symptoms of ill-being but also different types and components of well-being...  Healthy participants completed a well-being questionnaire, followed by a three-week daily dream diary and ratings of dream affect.  Multilevel analyses showed that peace of mind was related to positive dream affect, whereas symptoms of anxiety were related to negative dream affect.  Moreover, waking measures were better related to affect expressed in dream reports rather than participants’ self-ratings of dream affect.  We propose that whereas anxiety may reflect affect dysregulation in waking and dreaming, peace of mind reflects enhanced affect regulation in both states of consciousness.

So this is a little troubling, given the screaming and thrashing about I've been doing recently. 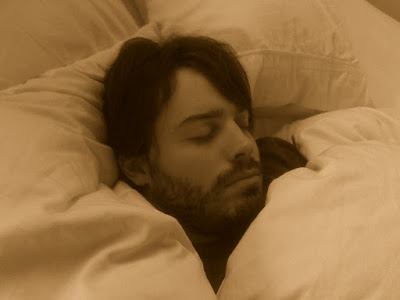 In an interview with PsyPost, study co-author Pilleriin Sikka said, "There is evidence that REM sleep may help regulate emotions but we need more studies to find out whether dreams and the emotional experiences in dreams have any important role...  Our dream emotions are not just a totally random creation of our brains and minds, but they are related to our waking ill-being and well-being.  Those who are more anxious in their waking life also experience more negative emotions in their dreams, whereas those who have more peace of mind while awake have more positive dream emotions.  This also means that the content of dream reports may reflect a person’s mental health."

I wonder what Sikka would have to say about the contents of my wife's dreams.  Whereas I (up to this week, anyhow) have tended to have vague, unsettling dreams that don't stick in my memory long, Carol dreams whole feature-length movies.  The plots are complex and impossibly convoluted, with subplots and twists and changes of scene, and she remembers them for some time upon awakening.  (In fact, my current work-in-progress, a speculative fiction novel called The Harmonic Labyrinth, got its inspiration from one of my wife's dreams.)

Her problem is that dreaming this way doesn't exactly lead to feeling rested in the morning, but I suppose it's still preferable to ripping the covers off and throwing them on the floor in an attempt to avoid getting disemboweled by a raging dog.

So the Sikka et al. study at least shows us a correlation between the emotional tone of dreams and our waking emotional state.  However, it still doesn't explain the more detailed content, which is pretty bizarre sometimes.  I've always thought that those "Your Dreams Explained" books you see sometimes, that tell you stuff like if there's an eggplant in your dream it means you are going to change jobs soon, are complete horseshit.  Not only is there no scientific support whatsoever that there's any kind of one-to-one correspondence between what appears in your dream and its meaning for your life, it makes no sense that any meaning that does exist would be consistent from person to person.

So maybe seeing an eggplant in your dream means something entirely different for you than it would for me.

Anyhow, it's all an interesting step forward in understanding the psychology of sleep.  Me, I'm just hoping for a restful night tonight, not only for myself but for my wife, who is sick and tired of my yelling and pulling the covers off at two AM.