In the mind's eye

I've always found Charles Bonnet syndrome fascinating, and it's not just because the disorder was named after a scientist with whom I share a last name.

Nota bene: Bonnet is definitely not a relative of mine.  He was Swiss, whereas my father's family comes from the French Alps.  Plus, my dad's family name was changed when his great-grandfather emigrated to the United States -- it was originally Ariey.  In that area of France in the 19th century, there were often many branches of families living in a region, and the different branches were distinguished by adding the name of the town they were from as a hyphenated suffix.  My ancestors were Ariey-Bonnet -- Ariey from the town of St. Bonnet -- but when they came over, the immigration officials couldn't handle hyphenated names, so they just dropped the hyphen and Bonnet became the last name.  Just as well.  I have a hard enough time getting people to spell Bonnet correctly, I can't imagine what a pain in the ass it'd be to try to get people to spell Ariey correctly.

Charles Bonnet syndrome is sometimes called having "visual release hallucinations."  It is most common in people with visual impairment, and an odd feature of the disorder is that the people who are seeing them know they're not real.  Most of the time, hallucinations of any sort are terrifying, but in CBS, the sufferer usually just learns not to worry about them.  "I know I'm seeing little elves in carriages rolling alongside me when I walk," one 86-year-old with CBS said.  "When you get used to it, it's actually sort of amusing."

CBS is most common in people with macular degeneration, the most common cause of visual loss in the elderly.  This disorder causes the death of cells in the macula, or the center of the retina (also called the fovea), resulting in holes in the visual field that make it difficult or impossible to drive, watch television, and read.  An estimated 40% of people with macular degeneration experience some level of Charles Bonnet syndrome, experiencing visual hallucinations from the simple (flashing lights) to the elaborate (a head of a brown-eyed lion staring at you).  And new research has begun to explain why partial visual loss can result in bizarre hallucinations. 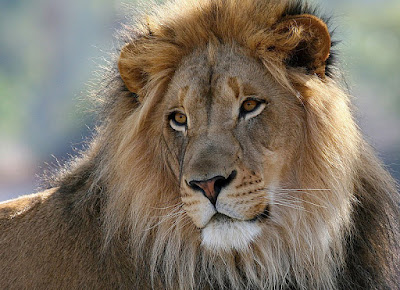 This week, a paper appeared in the journal Cell entitled, "Stimulus-Driven Cortical Hyperexcitability in Individuals with Charles Bonnet Hallucinations," by David R. Painter, Michael F. Dwyer, Marc R. Kampke, and Jason B. Mattingly, of the University of Queensland.  The researchers found persuasive evidence that the weird hallucinations in CBS occur because the loss of visual acuity in the middle of the retina triggers the peripheral parts of the retina (and the parts of the visual cortex they're connected to) to overreact -- to become, in the researchers' words, "hyperexcitable."  The authors write:


Throughout the lifespan, the cerebral cortex adapts its structure and function in response to changing sensory input.  Whilst such changes are typically adaptive, they can be maladaptive when they follow damage to the peripheral nervous system, including phantom limb pain and tinnitus. An intriguing example occurs in individuals with acquired ocular pathologies—most commonly age-related macular degeneration (MD)—who lose their foveal vision but retain intact acuity in the peripheral visual field.  Up to 40% of ocular pathology patients develop long-term hallucinations involving flashes of light, shapes, or geometric patterns and/or complex hallucinations, including faces, animals, or entire scenes, a condition known as Charles Bonnet Syndrome (CBS).

Though CBS was first described over 250 years ago, the neural basis for the hallucinations remains unclear, with no satisfactory explanation as to why some individuals develop hallucinations, while many do not.  An influential but untested hypothesis for the visual hallucinations in CBS is that retinal deafferentation [loss of sensory information from one part of the body] causes hyperexcitability in early visual cortex.  To assess this, we investigated electrophysiological responses to peripheral visual field stimulation in MD patients with and without hallucinations and in matched controls without ocular pathology.  Participants performed a concurrent attention task within intact portions of their peripheral visual field, while ignoring flickering checkerboards that drove periodic electrophysiological responses.  CBS individuals showed strikingly elevated visual cortical responses to peripheral field stimulation compared with patients without hallucinations and controls, providing direct support for the hypothesis of visual cortical hyperexcitability in CBS.

What this highlights once again is how fragile our sensory-perceptive systems are.  Loss of input from one area is bad enough; but instead of it simply causing a missing chunk from the sensory field, it causes you to misinterpret the signals from the part of your sensory system that is still working.

At least CBS sufferers know what they're seeing isn't real, and learn to live with elves and lions and flashing lights.  Much worse are disorders like hebephrenic schizophrenia, where people have visual or auditory hallucinations -- and can't tell them from reality.  How completely terrifying that must be!

It's fascinating, however, to compare how certain we are that what we're seeing is real, and the minor changes it takes to have us see something that's clearly not real.  Once again, "I saw it with my own eyes" is a poor guide -- whether or not we're seeing elves in carriages.