Windows of the soul

I find the science of personality fascinating, not least because we're only in the earliest stages of any kind of comprehensive understanding.  What makes human beings act the way they do is certainly some kind of mix between genetics (nature) and environment (nurture), but in what proportion, and to what extent the two influence each other, are still mysteries.

The situation isn't helped much by "type tests," the best-known of which is the Myers-Briggs Type Indicator.  Research has conclusively demonstrated that the MBTI is unreliable -- the same person at different times can end up with entirely different results -- meaning that as a psychiatric tool, it's fairly useless.

Of course, maybe I'm only saying that because I'm an INTP. 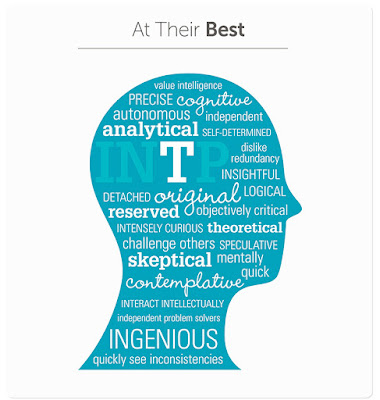 So it's not surprising that psychologists and neuroscientists are eager to find more reliable ways to measure personality, especially with respect to the "Big Five" traits (neuroticism, extraversion, agreeableness, conscientiousness, and openness to experience).  And they may have gotten an unexpected leg up with some recent research indicating that where you fall along those five spectra can be given away by your involuntary eye movements.

In their paper, "Eye Movements During Everyday Behavior Predict Personality Traits," which appeared earlier this year in Frontiers in Human Neuroscience, researchers Sabrina Hoppe (of the University of Stuttgart), Tobias Loetscher (of the University of South Australia), Stephanie A. Morey (of Flinders University), and Andreas Bulling (of the Max Planck Institute) found something fascinating; when a headset kept track of the eye movements of forty-two test subjects as they went about their daily business, an artificial-intelligence program could determine where they ranked on various personality scales with astonishing accuracy.


One key contribution of our work is to demonstrate, for the first time, that an individual's level of neuroticism, extraversion, agreeableness, conscientiousness, and perceptual curiosity can be predicted only from eye movements recorded during an everyday task.  This finding is important for bridging between tightly controlled laboratory studies and the study of natural eye movements in unconstrained real-world environments...  The proposed machine learning approach was particularly successful in predicting levels of agreeableness, conscientiousness, extraversion, and perceptual curiosity.  It therefore corroborates previous laboratory-based studies that have shown a link between personality traits and eye movement characteristics.

[I]mproved theoretical understanding will assist the emerging interdisciplinary research field of social signal processing, toward development of systems that can recognize and interpret human social signals.

Such knowledge of human non-verbal behavior might also be transferred to socially interactive robots, designed to exhibit human-like behavior.  These systems might ultimately interact with humans in a more natural and socially acceptable way, thereby becoming more efficient and flexible.

Which is absolutely fascinating, and of course raises the question of why my neuroticism and introversion would affect the tiny, involuntary movements of my eyes, but answering that was beyond the scope of this study.  Of course, we already knew that the small, back-and-forth movements of the eyes called microsaccades can give you information about what a person is thinking.  A highly amusing experiment a few years ago monitored test subjects in a crowded pub with head-mounted cameras.  The only instructions were that the person should try to keep focused on the person next to them, with whom they were having a discussion.

Well, a few minutes in, the researchers sent in a gorgeous, scantily-clad individual of the test subject's preferred gender to walk by, and even when the subject made a heroic effort not to look, the microsaccades gave him/her away.  While they were focused on the person they were talking to, their microsaccades were going, "Oh dear god that person is drop-dead sexy look that way look that way LOOK THAT WAY."

So the Hoppe et al. study is a fascinating refinement of what our eyes give away about us.  It does make me wonder, however, how this could be used to reveal information the individual would prefer not to reveal.  If an AI program can successfully determine a person's personality from nothing more than eye movements, it's another potential blow to privacy -- however astonishing the results may be to people who, like me, are fascinated with the intricacies of the human brain.