A while back I posted an article about a claim that Rh negative individuals are descended from aliens, or possibly Jesus, and this allows them to have a variety of superpowers.  The outcome of writing this is that my blog has been bombarded by a slew of advertisements revolving around blood types (not to mention aliens and Jesus), and this included one that claimed that before dating, you should always check your potential romantic interest's blood type.

Intrigued, I clicked the link, and after about a half-hour's rooting around online (during which thousands of innocent cells in my prefrontal cortex were subjected to unmentionable agony) I found an article at More called, "Can Blood Type Determine Your Personality?", which seems to have the most detail about the whole thing.  It turns out that for some years now, woo-woos in Japan have claimed that your blood type (just the A/B/O group, not the Rh group; almost no one in Japan is Rh negative) influences your personality.  And of course, there's no way that Americans are going to read about any damnfool unscientific idea without a significant number of them going, "Wow, I never thought about that!  That is amazingly plausible!"  Especially if the idea originated in Japan, which always seems to add a nice cachet of credibility.  So this has led to a whole new branch of personality-analysis pseudoscience, as if astrology weren't enough.

According to Natalie Josef, the source of the "information" on the above website, not only does your blood type tell you your personality and who you should try to hook up with, it also predicts what career you should pursue:


Type O - You are the social butterflies.  Often popular and self-confident, you are very creative and always seem to be the center of attention.  You make a good impression on people and you’re often quite attractive.  Organized and determined, your stubbornness will help you reach your goals.  You make good leaders.  Lovewise, O is most compatible with O and AB.  Common career choices: banker, politician, gambler, minister, investment broker, and pro athlete.

Type A - Type As may seem calm on the outside, but inside, you’re filled with anxiety and worry.  You’re perfectionists and often shy and sensitive.  Usually introverted, you’re stable and thoughtful.  You make good listeners and are sensitive to color and your surroundings.  You like to be fashionable and are up on the latest trends, but never flashy or gaudy.  You like romantic settings and often shun reality for fantasy worlds.  A is most compatible with A and AB in the love department.  Common career choices: accountant, librarian, economist, writer, computer programmer, and gossip columnist.

Type B - You can be very goal-oriented and often complete the ambitious tasks set before you.  Outgoing and very charming, you’re good at reading people and providing support.  Though critical of appearance (but not your own), you aren’t picky and are unlikely to dwell over the little things.  Type Bs are impulsive individualists who often create their own path in life.  You are very strong and optimistic.  B is most compatible with B and AB lovers.  Common career choices: cook, hairdresser, military leader, talk show host, and journalist.

Type AB - Not surprisingly, ABs can be quite dualistic, possessing both A and B traits.  You may be shy and outgoing, and hesitant and confident.  You often stand out from others, don’t like labels, and are nice and easy going.  You are logical and determined to do things correctly.  Usually trustworthy, you like to help others.  You often speak in a serious manner.  Your patience, concentration, and intelligence are admirable.  AB can find a soul mate with any other blood type.  Common career choices: bartender, lawyer, teacher, sales representative, and social worker.

Well, I'm a type A, and I have to admit that I am a bit of a border collie, personality-wise; but as far as being "fashionable," all I can say is that usually I go to work looking like I've been put through a dryer without "Cling-Free."  I probably own an iron, but I have no idea where it is, and my idea of color matching usually revolves around the concept of "everything goes well with blue jeans."  And in the career department, "writer" is an obvious hit, but the other ones ("Gossip columnist?"  "Accountant?"  What the hell?) are, shall we say, not very accurate. 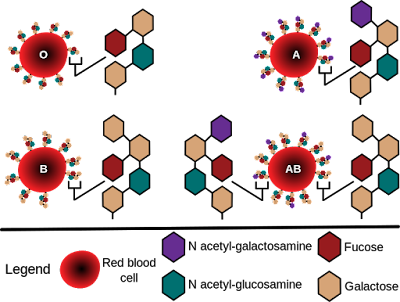 What strikes me about all of this is the usual dart-thrower's bias issue; we tend to notice the hits and ignore the misses.  But really, come on.  Are you really claiming that there are only four basic personality types?  Even the astrologers divide all of humanity twelve ways; the best you can do is four?

Then, after reading the article, I made the mistake of scrolling down to the comments.  This is, as I have mentioned before, usually a mistake.  My favorite one was a comment that revolved around the fact that the article had made a point that in Japan, believers in the whole blood-type-is-destiny don't like ABs very much.  This reader was upset by that:


Kudos on your article Natalie.  I love learning something new all the time.  I'm an AB+ as well, plus Asian astrology sign of Fire Horse.  Not only did they abort as many unborn fire horses back in 1966 as they were able, (fire was considered an undesirable element with horse sign) but now I find out they also wouldn't want me due to my blood type!  However, I have to say I love Asian food!

I have to admit to deep mystification as to why an obviously absurd idea could possibly convince anyone, and I'm forced to the conclusion that the main problem is that a large fraction of humanity has no real understanding of the principles of scientific induction.  We are so immersed in a world of advertising claims, political sound-bites, and media glitz that "well, that sounds right!" has become the gold standard for belief.  Remarkably few people, upon reading a claim, seem even to take the next step, which is to ask the question, "how do I know that claim is true?", much less go on to asking, "if it is true, how could it possibly work?"  All in all, it makes me realize that as a science teacher, I have my work cut out for me.