One of my problems with resolving ethical questions is that I so often have a hard time deciding the difference between moral, ethical, reasonable, and justifiable, and figuring out where an issue lies on the spectrum thereof.

I've always had this problem.  There are things that in my view are always wrong -- harming or endangering a child comes to mind -- but the vast majority of issues lie in that immense field of gray areas.

Which is why I'm having a hard time deciding what to make of the bombshell announcement last week that a Chinese geneticist, He Jiankui, claims to have genetically altered a pair of human embryos -- and it resulted in the birth of twin girls who, if the gene editing was successful, will be resistant to HIV.

The technique involved was CRISPR-Cas9, a protein complex that allows for what amounts to cut-and-paste for your DNA.  What He did was to use CRISPR-Cas9 to selectively delete a gene for a  receptor called CCR5 that allows HIV to attach to cells.  Without that receptor -- He hopes -- the children will be genetically immune. 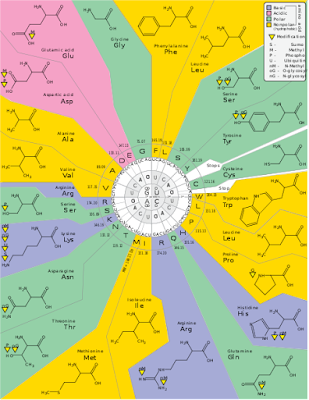 When He made his announcement, the scientific community had a collective meltdown.  "The underlying purpose of doing the experiment was obviously to show that they could do gene editing on an embryo, but the purpose for the party involved does not make any sense," said Anthony Fauci, an HIV/AIDS researcher and head of the U.S. National Institute of Allergy and Infectious Diseases in Bethesda, Maryland.  "There are so many ways to adequately, efficiently, and definitively protect yourself against HIV that the thought of editing the genes of an embryo to get to an effect that you could easily do in so many other ways in my mind is unethical."

Okay, I'm not defending He.  The real issue here, in my opinion, is risk.  "Gene editing itself is experimental and is still associated with off-target mutations, capable of causing genetic problems early and later in life, including the development of cancer," said Julian Savulescu, an ethicist at the Oxford University.  "This experiment exposes healthy normal children to risks of gene editing for no real necessary benefit."

But the problem is that at some point, scientists were going to have to take the leap and do something like this.  Ever since Jennifer Doudna of UC-Berkeley developed CRISPR-Cas9 as a gene editing protocol in 2012, it's only been a matter of time.  Once a technique like this becomes possible, it becomes inevitable.

So sooner or later, someone was going to have to accept the risk of trying it on human embryos.  Animal models only get you so far.  The potential for eradicating genetic diseases is nothing short of astonishing; think of a world without cystic fibrosis, Huntington's disease, Tay-Sachs disease, sickle-cell anemia, hemophilia.  All of that is well within the realm of possibility now.

But.  Once you've started down that road, what's to stop people from altering other traits?  Appearance, personality, behavior... for me, this gets out onto some very thin ice.  When this Pandora's box is opened, there's no telling what dubiously ethical practices will escape.

There's also the problem that if such a technique really becomes capable of (relatively) risk-free editing out of deleterious genes, it's almost certain that it would be available only to the rich, further widening the gap between the privileged and the non-privileged.  The brilliant (and prescient) 1997 film Gattaca dealt with this very issue -- how genetic engineering of children could result in a new lower class, people conceived the old-fashioned way who didn't have the same opportunities for jobs, education, health care, and health insurance as the smarter, stronger, healthier "Valids."

So I'm of two, or more, minds about all of this.  First, the potential of the therapy is mind-boggling.  And the idea that once developed, researchers were going to hold off trying it out on human embryos, is naively optimistic about human nature.

But it comes back once again to the quote from scientist Alan Grant in Jurassic Park -- "You were so busy trying to figure out if you could, you never gave any thought to whether you should."  The thorny ethical issues this technique brings up go way beyond the potential risk to two baby girls in China.

All of which makes me glad that I'm not on the scientific regulatory boards who are wrestling with how to respond to He's announcement.