I get together with my buddy Dave every Saturday morning for a workout at the gym, followed by coffee at our local café.  Dave's a polymath, a writer, and a thinker, so our conversations tend to lead into some deep waters.

And sometimes into profoundly depressing ones, like the one this past Saturday, wherein we discussed the likelihood of humanity eradicating itself either through greed, a deliberate act of self-destruction, accident, or sheer idiocy.  My somewhere-this-side-of-despair opinion is that truly destructive people are few in number, so the old fears of nuclear annihilation or some kind of engineered bioweapon are unlikely to be realized.

Much more likely, I think, are accident and idiocy.  Humanity's track record for saying "hey y'all, watch this!" with regards to solving some kind of environmental issue really sucks -- witness the cane toad in Australia, introduced deliberately to get rid of the sugar cane beetle by scientists who neglected to take into account the fact that beetles can fly and generally toads cannot.  The cane toad population skyrocketed, and it was found that they would eat anything up to and including small mammals, and also secrete a nasty toxin from their skin when attacked -- making them invulnerable to pretty much everything except a shotgun.

Anyhow, if we do engender an eco-catastrophe, I'm guessing it'll be foolishness that's behind it rather than some kind of nefarious plan.  Which is why the article I read over at Coast to Coast last week was so apt.

The story is about a French biohacker who claims to have created DNA whose sequence comes from "holy texts."  Adrian Locatelli came up with some kind of formula for converting the letters in various passages from Book of Genesis and the Qur'an  into a string of A, T, C, and G -- the four nitrogenous bases that make up the alphabet of the DNA molecule -- and proceeded to synthesize strands of DNA with those sequences.

Which he then injected into his own thigh. 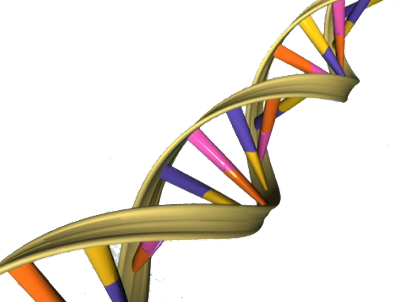 It's not clear what Locatelli was trying to accomplish by doing this.  The speculation is that he was attempting to trigger himself to evolve, Pokémon-like, into some higher form.  Or achieve godlike status.  Or perhaps it was just a publicity stunt.  In any case, it didn't accomplish anything but giving him a sore spot on his thigh, which lasted a few days and then went away.  Fortunately for him, we're pretty good at deconstructing foreign DNA -- after all, every time we eat, we're consuming DNA from the organism our food came from.  Beef, you're ingesting cow DNA.  Broccoli, you're ingesting broccoli DNA.  Slim Jims, you're ingesting... well, DNA from whatever the fuck kind of organism Slim Jims are made of.  I dunno.  But I presume that it was some kind of living thing at some point.

So the Holy DNA Locatelli injected himself with was undoubtedly broken down into ordinary non-holy nitrogenous bases, and any messages he'd encoded from the Book of Genesis and the Qur'an were lost.  Probably a good thing.  When intact material (especially protein) from another organism gets past the breakdown process and ends up in the bloodstream, it can cause serious allergic reactions -- this seems to be what happens with celiac sprue, in which gluten is only partially broken down in the small intestine and triggers a severe immune reaction that is unpleasant at best and life-threatening at worst.

So Locatelli was lucky.  Or maybe it's just because he deliberately avoided passages of text that were "controversial."  But my conversation with Dave came back to me when I read the comment made by biologist Ella Watkins about this "experiment:"  "I know the odds of a nonsense protein being close to anything dangerous in sequence space are relatively low, but this kind of avant-garde attitude and disregard for ethics towards science terrifies me that humanity’s end will be at the hands of an idiot."

To which I can only say: amen.  It's to be hoped that actual researchers are not approaching science with this kind of yee-haw, git-er-done attitude, but the thought that all it takes is one well-meaning moron with access to scientific equipment to unleash a catastrophe is kind of terrifying.  To paraphrase T. S. Eliot -- "This is the way the world shall end, not with a bang, but with a, 'Gee, it seemed like a good idea at the time.'"