Dream a little dream of me

I got a "what do you think of this?" sort of email from a loyal reader of Skeptophilia yesterday, along with a link to an article over at Collective Evolution entitled, "Scientist Demonstrates Fascinating Evidence of Precognitive Dreaming."

I tried not to read it with my scoffer-hat on.  I have to admit, though, that my immediate bias is to disbelieve in precognition of any sort -- if there was true precognition, there'd be no cases of psychics getting in car accidents and lots of cases of psychics winning the lottery.  Also, there's the troubling lack of a mechanism by which this could happen; regardless of where you fall on the free-will-versus-determinism spectrum, the one-way flow of time seems to preclude information of any kind going the other way (although it must be admitted up front that the "arrow of time" problem -- why time is asymmetrical, moving only one direction -- is a perplexing conundrum in physics that is far from settled).

So I tried to keep my mind open, but not so far open that my brains fell out.  And here's what I learned.

Stanley Krippner, professor of psychology at Saybrook University (Oakland, California), and was curious about the alleged phenomenon of precognitive dreams.  So he set up an experiment as follows, described in an interview with Geraldine Cremine of Vice Motherboard:


Each night, the subject dreamer would go through an ordinary night of dreaming, with an intent to dream about an experience he would have the following morning.  The dreamer was woken 4-5 times throughout the night to relay his dreams to an experimenter.  The following mornings, experimenters randomly selected an experience from a number of prearranged options, and the dreamer was subjected to that experience.  Dr. Krippner said there was no way for the participants to know what experience they would encounter before it was selected and administered.

One participant stood out.  He dreamed of birds several nights in a row, and the randomly-selected video and audio he was presented with was -- bird songs. 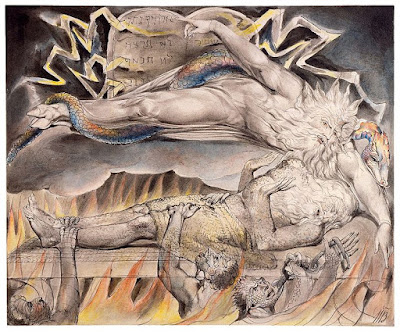 Of course, you don't get very far by picking out the bit of your data that conforms best to your hypothesis, and putting all the weight on that.  But according to Krippner, the independent judges who evaluated the evidence found at least one correspondence between the dream content and the video or audio experience they were given the next morning.

Okay, this experiment does have something going for it, at least over the anecdotal, after-the-fact reporting that most instances of alleged precognition rely on.  The fact that the experience the next morning was chosen at random, and thus was uninfluenced by what the dreamer's reported dream content was, is certainly suggestive.  Having independent evaluators analyze the dreams and the experiences and see if there was a correlation is certainly better than having it done by someone with a preconceived notion of what they were going to find.

It very much remains to be seen if the number, and specificity, of those correlations was significantly over what you'd expect from chance alone.

Then Krippner does something that I find absolutely maddening; attributing the effect to quantum physics.  Krippner says,  "Quantum events happen on a different time scale to what most people live and experience in the West.  We have this understanding of time that is: ‘past, present, future.’ But quantum physics gives you a different concept of time."

Predictably, this made me weep softly while banging my head on the keyboard.

Quantum events happen on a different scale than we're used to, kind of by definition; quantum mechanics describes the behavior of matter and energy on the submicroscopic scales.  Yes, it's counterintuitive, even if you're not here "in the West."  But quantum effects such as entanglement are so difficult to observe in the macroscopic world that it's only in the last few years that physicists have been able to demonstrate conclusively that they exist.  The idea that entanglement explains why I and a friend showed up at work yesterday wearing nearly identical shirts is blatantly idiotic.

Actually, it's worse than that; it's lazy.  Instead of doing the hard work to learn some quantum physics -- an endeavor that would rapidly put to rest any idea that it has to do with dreams -- Krippner just goes, "Blah blah dreaming blah blah shamanic consciousness blah blah quantum mechanics," and people apparently just nod and say, "Cool.  Makes sense."

So the problem here is twofold.  One piece is to demonstrate that there's anything here to study, something that could be established by replicating Krippner's dreaming experiment and seeing if you get the same results.  This should be straightforward enough; after all, the experiment doesn't require much in the way of sophisticated technology.

But the second problem is the tendency of people to take stuff like this and run right off a cliff with it.  It's no different than young-Earth creationists saying that scientists say the Big Bang means "nothing exploded and made everything" and evolution means "humans evolved from a rock" (both statements are, by the way, direct quotes from creationists I've run into online).  A very brief amount of research would establish that in neither case have scientists claimed anything of the kind.  So if you're going to use scientific research, either to support/explain some claim of yours or to argue against one you'd like to disprove, then for cryin' in the sink find out what the scientists are actually saying.  It's way more interesting than the shallow, screwy misconceptions you often hear people trumpet, and it'll keep you from making silly mistakes and discrediting your entire argument.

Which, I'm afraid, is exactly what Stanley Krippner did.