The voice of an angel

New from the "It's Not A Sin When We Do It" department, we have: Christian Charismatics using a spin-off of the Ouija board to contact angels.

I was sent this story by a friend and long-time loyal reader of Skeptophilia, and my first thought was, "This can't be true."  Sadly, it is.  The same people who go on and on about how evil Ouija boards are and how you're risking your eternal soul even being in the same room with one are now saying that their Ouija boards are just fine and dandy.

The "Angel Board" is available from Amazon at the low-low-low price of $28 (plus shipping and handling).  In the product description, we're told that we can "ask any question we want, and the Angel Board will answer."  If you don't like that particular one, it turns out there are dozens of different makes and models, some costing hundreds of dollars.  Because we can't just have one company capitalizing on people's gullibility.

Interestingly, if not surprisingly, the reviews have been uniformly good.  One five-star review says:


I have been on a path of spiritual enlightenment for 1 year now.  I have two other friends who have shared this path with me. We share books, experiences, thoughts and feelings, but when one of us (not me) bought this book and “game” board to communicate with our higher-level guides or “guardian angels,” it became a turning point in my journey.  I didn’t think I was “advanced enough” or “spiritual enough” to make this thing work.  I learned, in about 2 minutes, that doubting myself was doubting God and his angels! In one evening, I met my higher guide, felt unconditional love, and knew I wasn’t alone and never had been. I was convinced, beyond all reason, of the presence of my angel.  To this date, I call him “J” as we haven’t yet tuned our energies to really work out the spelling of the name…  I asked him if “J” would be okay, and he said, “yes.”  He has answered to “J” ever since!  One evening, before I was able to acquire an “angel board” of my own,  I tried an Ouija Board.  It took several attempts before J was able to answer me, but when he did, I asked if he preferred the angel board and he responded “yes.”  We had a very difficult, short conversation that night.  The angel board is a MUST for all those who seek a closer relationship with their guardian angel, and who have not had much practice in meditation and raising their energies to a compatible level with the light bodies waiting to guide us!

It's to be hoped that when they "tune their energies" and she finds out "J's" actual name, it's not a rude shock.  It'd kind of suck if she thought she was talking to the Archangel Jophiel and it turned out she was having a conversation with, say, Jar-Jar Binks.

It bears mention, however, that not everyone is so sanguine about the Angel Board.  At the site Women of Grace, we're given the following warning:


Angel boards are just as dangerous as Ouija boards, perhaps more so because they haves [sic] the same purpose as a Ouija board – contacting “spirits” – only they pretend to be summoning guardian angels to make it seem less dangerous...  This is so dangerous on so many levels.  When a person evokes spirits of the dead, he or she is never in control because they are dealing with preternatural forces.  These are powerful beings who are possessed of super-human intelligence, strength and cunning.  Only the most naïve would think that they can control summoned spirits merely by “politely” asking them to come or go...  Needless to say, angel boards should be strictly avoided.

Over at Our Spiritual Quest, "ex medium and professional astrologer" Marcia Montenegro agrees:


Any attempt to contact or summon an angel will result in contact only with a fallen angel.  Spiritism is strongly forbidden and denounced by God and angels are spirit creatures.

There is no example anywhere in the Bible of anyone contacting an angel.  The angels who brought messages or did other things for people in the Bible were sent at God’s command.  They were never summoned by man.

Asking questions using this Board is the same as using a Ouija Board.  In both cases, only fallen angels, disguised as good angels, as guardian angels, or as the dead, will respond.

I never realized that borrowing from the spiritualists was such a big thing among the hyper-religious, but apparently it is.   There's even a "Christian Tarot deck," available at (surprise!) Amazon, which says that the practice if done right is "biblically consonant."  As you might imagine, this got quite a reaction, both from the people who think Tarot cards are the instrument of the devil and those who think divination is a divine gift.

Weirder still, sometimes those are the same people.  Kris Vallotton, pastor of the Bethel Church and self-styled "spiritual leader," heard people said that he and his church members were using Christian Tarot cards developed by a group called "Christalignment," and responded in no uncertain terms:


This is insane... whoever is doing this needs to repent and repent the craziness in the name of "reaching people for Christ..."  There are people who listen to our teaching and create strange and/or anti-biblical applications in our name...  [W]e need wisdom as we move into the cesspool we call the world.  Stop the craziness!

Shortly afterwards, Vallotton responded to his response in no uncertain terms:


There has been some recent concern about the ministry of Christalignment and their supposed use of “Christian tarot cards” in ministering to people at New Age festivals.  While the leaders of this ministry (Ken and Jenny Hodge) are connected with several members of our community (including being the parents to our much-loved brother, evangelist Ben Fitzgerald), Christalignment is not formally affiliated with Bethel.  We do, however, have a value for what they are seeking to accomplish.

When his followers raised hell about his apparent chumminess with occultists, Vallotton responded to the response to his response in no uncertain terms:


Let’s be clear: I was speaking against Tarot cards and their use, which I am still against.  I was addressing people who were accusing Bethel taking part in this practice.  We don’t and never have been been apart [sic] of this.  So that’s still true!  The people who were named in the article, were never named in the people’s accusations of us (that I knew of at the time) nor did I name anyone in my posts.  The article turned out to be fake news against great people who love God, don’t use Tarot cards and lead 1000s of people who do, to Christ.

But he did get some support from one of his followers who said she thought there was nothing wrong even if these were Tarot cards, because, after all, "'Tarot' is "Torah' spelled backwards."

Predictably, I read all this with an expression like this: 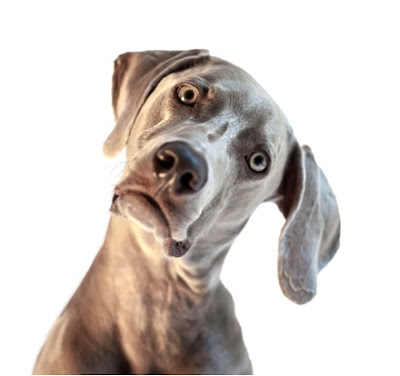 My general impression is that the whole lot of it -- Tarot cards, Ouija boards, angelology, and the entire Charismatic movement -- is a lot of nonsense.  So arguing about whether a silly board game or some funny pictures printed on cheap card stock are going to put you in touch with an angel or with the Prince of Darkness is a little like arguing over whether "C-A-T" spells "dog" or "horse."

Anyhow, thanks to the loyal reader who sent me the link.  I suppose it's a good thing that this is what the hyper-Christians are currently spending their time discussing.  It's less time they'll have to spend trying to shoehorn young-Earth creationism into public school science curricula.  If that's my other option, I'll take sacred Ouija boards any day.