Who's driving the car?

The sense that there's a "self" inside us running the show is hard to escape.  We feel like we have volition, will, and in any given situation could have chosen differently than we did.  The unsettling thing is that none of that seems to be true.  And I'm not even referencing the ongoing debate about free will versus predestination, here; what I'm talking about is far less philosophical and far more grounded in real-world biology.

The degree to which our actions and thoughts are controlled by our brain chemistry becomes apparent if you've ever been drunk or high.  All psychoactive chemicals, be it legal ones (like caffeine and alcohol) or illegal ones (like THC and psilocybin) do what they do by altering how our brains react to a set of compounds collectively known as neurotransmitters.  Neurotransmitters are responsible for every sensation we perceive, every thought we have, every memory we store, every motion of our bodies.  So it's no wonder that if you change the way they behave -- whether by increasing or decreasing their activity, or causing them to act on a part of the brain they usually don't -- what you perceive and how you behave are going to be pretty different from usual.

It's why I'm hesitant to believe folks who say that what they've experienced on hallucinogens is some sort of "alternate reality."  That it could be profoundly life-altering I can easily accept.  That it elicited strong emotions, whether pleasant or unpleasant, also is unsurprising.  But I doubt seriously if the brain on mescaline is perceiving some sort of real world that the rest of us can't see, that somehow the brain evolved to wait until the locals discovered that you need to eat a bit of that cactus plant over there to perceive what's real.

Just my opinion, and admittedly based on no hard evidence whatsoever, if "hard evidence" is even something that would apply in this case.  I haven't even tried psychedelics of any kind, so if your take on things is that I'm unqualified to make this determination, I'm willing to accept that humbly.

But I'd still like to have more proof of the claim than "it's what I saw when I was high." 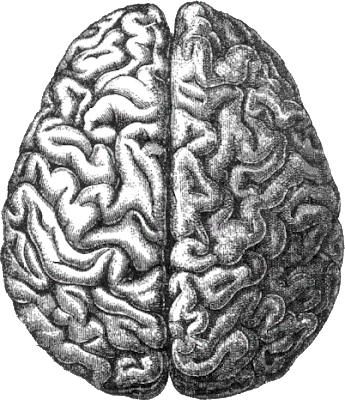 We just got another blow to the idea that we're in control of our own mental state by a rather strange discovery at Emory University School of Medicine (published last week in Journal of Clinical Investigation).  Neurosurgeons were trying to find a way to calm down patients who were undergoing a waking craniotomy -- brain surgery performed under local anesthesia, while you're awake and conscious.  The necessity of doing this is because frequently during brain surgery, the surgeon needs to check the patient's responses -- ask them questions to monitor what effect the surgery itself is having.  As you might expect, the prospect of waking craniotomy scares the absolute hell out of most people, so surgeons have to figure out how to keep the patient calm during the (often lengthy) procedure.  But giving the patient sedative medication could alter the very responses the surgeon is trying to monitor.

What the Emory University team found is that if you electrically stimulate a part of the brain called the cingulate bundle, feelings of anxiety and fear evaporate completely.  It even works on people who are prone to anxiety, and who would be most at risk for a panic attack during surgery.  "Even well-prepared patients may panic during awake surgery, which can be dangerous," said lead author Kelly Bijanki, assistant professor of neurosurgery.  "This particular patient was especially prone to it because of moderate baseline anxiety.  And upon waking from global anesthesia, she did indeed begin to panic.  When we turned on her cingulum stimulation, she immediately reported feeling happy and relaxed, told jokes about her family, and was able to tolerate the awake procedure successfully."

Now, don't get me wrong; I think this is an amazingly cool discovery, and could help thousands of patients who have to undergo brain surgery to avoid being traumatized.  Having generalized anxiety disorder myself, I wouldn't mind having a switch I could flip on the cingulate bundle when I start to go into meltdown mode.  "[A]lthough substantial further study is necessary in this area," Bijanki said, "the cingulum bundle could become a new target for chronic deep brain stimulation therapies for anxiety, mood, and pain disorders."

But there's a part of this that's a little unsettling. Our emotions are so central to our sense of self that it's kind of spooky that you can completely change them by stimulating one tiny circuit in the brain.  This sense of a solid, inviolable me running things turns out to be, for all intents and purposes, an illusion.

So it leaves me with the troubling question of who's driving the car.  More and more it's seeming as if the driver is a fluid, changing mix of chemicals and electrical impulses -- so there's no guarantee that we'll have the same driver tomorrow, or even five minutes from now.

All of which kind of makes me want to forget about all of this science stuff and go play with my dog until the world stops seeming so big, weird, and scary.