Walls in our minds

One of the biggest unsolved mysteries of science is how the brain encodes what we know, think about, and experience.

For many types of information, we know where in the brain they are stored.  But in what form, and how we retrieve it, is still not known.  As I tell my neuroscience students: think of something simple, like your middle name, the name of your first pet, the name of the first president of the United States.  Now: where in your mind was that information before I asked you to remember it?

Pretty bizarre to consider, isn't it?

Interpretation of sensory input is as mysterious as memory.  When I look around my office, where I'm currently writing this, I can recognize all sorts of objects -- my CD collection, books, the masks hanging on the wall, a wine glass hand-made by my son, an antique typewriter my wife got me for my last birthday.  But... how?  What's being projected onto my retina is just a bunch of splotches of light, shadow, and color, and my brain has to take that chaos and somehow make sense of it.  How can we tell where the edge of an object is?  How do we recognize things -- and know them to be the same objects if seen from a different angle, meaning the pattern of colors thrown onto your retina is completely changed?

Interestingly, there are some people who can't do this.  In apperceptive visual agnosia, usually caused by damage to the visual cortex of the brain, people are cognitively normal in every respect except that they can't recognize anything they see.  It all looks like a random moving kaleidoscope of colors.  Because in other respects they're normal, they can remember what they're told and respond appropriately -- if someone said, "Hey, you see that blob of blue and tan and brown over there?  That's a person, and he's named Gordon," a sufferer from apperceptive visual agnosia would be able to say, "Oh, hi, Gordon," and have a normal conversation with me.  But if I stood up (changing the shape of the blob of color) or changed my shirt, or made any other sort of alteration to what he's seeing, he'd no longer recognize me, not only as a particular human, but as human at all.  Because they're perfectly intelligent, he might be able to reason that since Gordon was over there a few seconds ago, and there's a different blob of blue and tan and brown nearby, that's probably Gordon, too, but it wouldn't be because he actually recognized me.  It would be a logical inference, not visual interpretation.

An interesting piece was added to the puzzle last week with a paper in Neuron that came from some research at Columbia University led by neuroscientist Nikolaus Kriegeskorte.  He and his team were investigating how we perceive walls -- how we know where the edges and barriers are in our environment, a pretty critical skill for spatial navigation.  By showing participants images with walls and other barriers and allowing them to navigate the space virtually, and using fMRI and magnetoencephalography (MEG) neuroimaging, they were able to narrow down where we do edge and obstacle processing to the "occipital place area" (OPA), one of the visual processing centers. 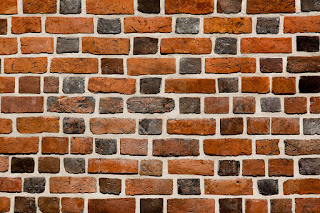 "Vision gives us an almost instant sense where we are in space, and in particular of the geometry of the surfaces -- the ground, the walls -- which constrain our movement," Kriegeskorte said.  "It feels effortless, but it requires the coordinated activity of multiple brain regions.  How neurons work together to give us this sense of our surroundings has remained mysterious.  With this study, we are a step closer to solving that puzzle...  Previous studies had shown that OPA neurons encode scenes, rather than isolated objects.  But we did not yet understand what aspect of the scenes this region's millions of neurons encoded...  We would like to put these [data] together and build computer vision systems that are more like our own brains, systems that have specialized machinery like what we observe here in the human brain for rapidly sensing the geometry of the environment."

Once again, we have an idea of where our perception of barriers is housed, but not so much information about how it's stored or accessed.  How, when we see a wall -- especially, as in this experiment, a two-dimensional representation of a wall -- do we recognize it as such, and not just as a smear of colors, lines, and angles?  As Kriegeskorte said, we're a step closer, which is fantastic -- but still a long way away from solving the puzzle of perception.