I was once asked in an interview if I could describe my life in one sentence.  What I came up with was, "Viewed from above, my life would look like a pinball game."

My path through life has been governed largely by u-turns, unexpected outcomes, and sheer chaos.  I got a bachelor's degree in physics, then changed gears and went to graduate school in oceanography, but didn't complete my M.S. before deciding that research science just wasn't for me.  I decided on teaching, got my teaching license -- and ended up teaching biology, a subject that I have neither a bachelor's nor a master's degree in.  When I moved to New York, I learned that to keep my license I had to get a master's degree, so I did... in linguistics, of all things.  Even my literal, physical path was a long series of meanders.  I'm a military brat, so in my first eight years I lived in four different states -- Virginia, West Virginia, Georgia, and (finally) Louisiana, where my family originates.  From there I went to Washington state, and then to upstate New York, where I moved in 1992 knowing absolutely no one, arriving three days before school started.

At least since then, I've pretty much stayed put.

Even the good things have been random and unexpected.  My fiction writing career was launched when a dear friend (the brilliant author K. D. McCrite), who was in an online writers' group with me, steered me in the direction of Oghma Creative Media, saying she'd talked to the company owner about me and I needed to get the manuscript for my novel Kill Switch to him ASAP.  I did... and three weeks later had a contract in hand, feeling elated and a little bit like someone had walloped me upside the head with a sandbag.

I've often wondered a couple of things about all this.  First, are other people's lives this convoluted?  I've always felt like everyone else has a much more straightforward pathway through life, instead of being yanked around in unexpected directions at every turn, but maybe that's just my faulty perception.  Second, how has this lifelong birdwalk affected my personality, how I see the world? 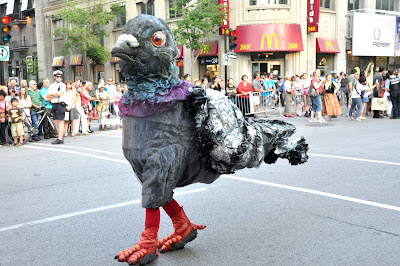 I ran into a paper that came out in the journal Clinical Psychological Science that considers this latter question just a couple of days ago.  Called, "Depression and Derailment: A Cyclical Model of Mental Illness and Perceived Identity Change," by Kaylin Ratner, Jane Mendle, Anthony Burrow, and Felix Thoemmes, of Cornell University, the researchers found this kind of path, with its random twists and turns, shows a rather peculiar set of correlations with depression.  The authors write:


We investigated reciprocity between depressive symptoms and a novel construct called derailment, which indexes perceived changes in identity and self-direction.  People who are “derailed” have trouble reconciling how their life course has unfolded over time and, as a result, do not easily identify with their former self.  College students (N = 939) participated in a preregistered, four-wave longitudinal study over one academic year.  Depression positively predicted subsequent derailment across all components of the model, suggesting that perceived disruptions in life course may occur in response to elevated depressive symptoms.  Contrary to predictions, derailment negatively predicted later depression across most waves, indicating that felt changes in identity and self-direction could buffer against downstream mood deteriorations.  Although our findings did not support reciprocity, prospective evidence that perceived instability of identity and self-direction relate to an increase in depressive symptoms positions derailment as a new and potentially important facet of the depressive phenotype.

So put more simply, depressives are more likely to experience derailment, but people in general who get derailed have no higher overall likelihood of developing depression.

What's interesting about this in my case is that even upon reflection, I don't feel like I was derailed because I was depressed.  Most of the derailment I've experienced occurred for one of two reasons -- chance and coincidence (such as my fortuitous friendship with K. D. that led to my getting a book contract), or a sudden realization that I wasn't happy with the path I was on (such as my switch from research science into teaching).  Depression has had a big effect on my life, but in my experience, it has far more often induced me to stay on the same trajectory despite my being unhappy -- it's led to inertia, resignation, a feeling like "it doesn't matter if I switch gears, nothing's going to get better anyhow."

Maybe that's why the researchers found that derailment preceded a decrease in depressive symptoms -- in some cases, changing pathways is a good thing, requiring making a proactive choice not to settle for the status quo.

Still, the whole thing is an interesting new way to look at depression.  "Although derailment is a novel construct and one that is still in the process of being mapped," the authors write, "researchers and practitioners would be keen to take note of derailment being a feature of depression’s landscape and continue to observe how such perceived changes in identity and self-direction could take shape and act within clinical presentations."

In any case, I kind of hope my life has settled down.  I'm glad that my pathway, however tortuous it was, has led me to where I am, because I'm pretty happy with my current situation.  So I'm really not keen on future u-turns.  I'm getting too old for that kind of nonsense.