Sometimes a piece of research makes me simultaneously think, "Okay, that's pretty interesting," and "Oh, no, this is not going to end well."

That was my reaction to the latest study of the genetics of sexuality and sexual orientation, which appeared in Science this week.  The paper, entitled "Large-Scale GWAS Reveals Insights Into the Genetic Architecture of Same-Sex Sexual Behavior," was the work of a huge team headed by Andrea Ganna of the Center for Genomic Medicine at Massachusetts General Hospital, and looked at genetic correlations amongst almost 500,000 individuals with their self-reported same-sex sexual behavior.

Before we launch off into how this is being spun, let's look at what Ganna et al. actually wrote:


In the discovery samples (UK Biobank and 23andMe), five autosomal loci were significantly associated with same-sex sexual behavior.  Follow-up of these loci suggested links to biological pathways that involve sex hormone regulation and olfaction.  Three of the loci were significant in a meta-analysis of smaller, independent replication samples.  Although only a few loci passed the stringent statistical corrections for genome-wide multiple testing and were replicated in other samples, our analyses show that many loci underlie same-sex sexual behavior in both sexes.  In aggregate, all tested genetic variants accounted for 8 to 25% of variation in male and female same-sex sexual behavior, and the genetic influences were positively but imperfectly correlated between the sexes [genetic correlation coefficient (rg)= 0.63; 95% confidence intervals, 0.48 to 0.78]...  Additional analyses suggested that sexual behavior, attraction, identity, and fantasies are influenced by a similar set of genetic variants (rg > 0.83); however, the genetic effects that differentiate heterosexual from same-sex sexual behavior are not the same as those that differ among nonheterosexuals with lower versus higher proportions of same-sex partners, which suggests that there is no single continuum from opposite-sex to same-sex preference.

To put it succinctly, and without all the scientific verbiage: sexuality, sexual orientation, and gender are complex, and the differences we see amongst humans are not attributable to a single cause.

Which you'd expect, I'd think.  The old binary divisions of male vs. female and heterosexual vs. homosexual are so clearly wrong it's a wonder anyone still thinks they're correct.  Transsexual and anatomically intersex individuals are hardly rare; and I know for a fact bisexuality exists, because I've been equally attracted to women and men since I was aware of sexual attraction at all. 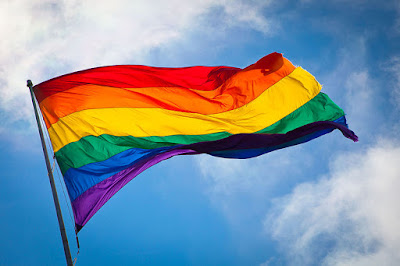 But this doesn't square with how some people want the world to work, so immediately this paper was published, it began to be twisted out of all recognition.

First, there was the "we wish the world was simple" approach, as exemplified by Science News, which for the record I'm about fed up with because for fuck's sake, they should know better.   Their headline regarding the study was "There's No Evidence That a 'Gay Gene' Exists," which is one of those technically-true-but-still-misleading taglines the media seems to be increasingly fond of.

No, there is no single "gay gene."  But reread the passage from the original paper I quoted above; the gist is that there is a host of factors, genetic and otherwise, that correlate with sexual orientation.  Here's a more accurate phrasing of the paper's conclusion, from Melinda Mills, writing about the study in the "Perspectives" column of Science: "The genetic correlation identified in the GWAS of whether a person had ever engaged in sex with someone of the same sex and the more complex measure of proportion of same-sex partners was 0.73 for men but only 0.52 for women.  This means that genetic variation has a higher influence on same-sex sexual behavior in men than in women and also demonstrates the complexity of women's sexuality."

Even the lower 0.52 correlation for women is pretty damn significant, considering that correlation runs on a scale of 0 to 1 where 0 means "no correlation at all" and 1 means "perfectly correlated."

But that didn't stop the next level of misinterpretation from happening, predictably from the anti-LGBTQ evangelicals and other crazy right-wingers, who would prefer it if people like me didn't exist.  All they did is read the headline from Science News (or one of the large number of media outlets that characterized the research the same way) and start writing op-ed pieces crowing, "See?  No gay gene!  We told you homosexuality was a choice.  Now science proves we were right all along."  Add to that the alarmists who went entirely the other direction and suggested that the Ganna et al. research could be used to identify non-heterosexuals for the purposes of persecution, or even eugenics, and you've got a morass of hyperemotional responses that miss the main conclusions of the study entirely.

So can I recommend that all of you read the fucking research?  For the Right-Wing NutJobs, let me just say that if you have to lie about what a study actually says to support your viewpoint, your position must be pretty tenuous from the get-go.  And while I sympathize with the alarmists' fears, it's hard to see how the Ganna et al. research could be used for any sort of nefarious purposes, when the best genetic correlates to homosexuality numbered around a half-dozen, not all of them showed up in every LGBTQ person studied, and even aggregated only predicted correctly around half the time.

So the whole thing got me kind of stirred up, as measurable by the number of times I felt obliged to use the f-bomb to express my frustration.  Which you'd have predicted, given my (1) bisexuality, (2) background in genetics, and (3) hatred of popular media mischaracterizing science.

In any case, the take-home message here is threefold:
So that's the latest highly equivocal piece of the nature-nurture puzzle, the outcome of which you'd probably have expected from knowing the history of the question.  As much as I'd like it if these matters were simple, I'm much happier knowing the truth.  I'll end with a quote from the inimitable Carl Sagan: "For me, it is far better to grasp the universe as it really is than to persist in delusion, however satisfying and reassuring."