In his famous dialogue Phaedrus, Plato puts the following words in Socrates's mouth:


If men learn [writing], it will implant forgetfulness in their souls.  They will cease to exercise memory because they rely on that which is written, calling things to remembrance no longer from within themselves, but by means of external marks.

What you have discovered is a recipe not for memory, but for reminder.  And it is no true wisdom that you offer your disciples, but only the semblance of wisdom, for by telling them of many things without teaching them you will make them seem to know much while for the most part they know nothing.  And as men filled not with wisdom but with the conceit of wisdom they will be a burden to their fellows...

You know, Phaedrus, that is the strange thing about writing, which makes it truly correspond to painting.  The painter’s products stand before us as though they were alive.  But if you question them, they maintain a most majestic silence.  It is the same with written words.  They seem to talk to you as though they were intelligent, but if you ask them anything about what they say from a desire to be instructed they go on telling just the same thing forever.

I'm always reminded of this every time I hear the "kids these days" schtick from People Of A Certain Age, about how young adults are constantly hunched over their phones and rely on Google and don't know anything because they can look it up on Wikipedia.   Back In Our Day, we had to go to the library if we wanted to look something up.  On foot, uphill, and in the snow.  And once we got there, find what we were looking for in a card catalog.

That was printed in freakin' cuneiform on clay tablets.

And we appreciated it, dammit.

You hear this kind of thing aimed most often at social media -- that the use of Snapchat, Instagram, Facebook, and so on, not to mention text messaging, takes people away from face-to-face social interactions they would have otherwise had, and the current ubiquity of this technology is correlated with depression, poor relationship outcomes, and even teen suicide.  The evidence, however, is far from rock solid; these correlations are tenuous at best, and even if there are correlations, it's a long way from proven that the use of social media caused all of the negative trends.

My (admittedly purely anecdotal) observations of teenagers leads me to the conclusion that the number of truly internet-addicted kids is small, and that social, well-adjusted kids are social and well-adjusted with or without their cellphones.  And I can say from my own socially-isolated childhood that having a cellphone would probably not have affected it one way or the other -- even if I magically had Facebook when I was sixteen, I probably would still have been the shy, lonely kid who spent most of his free time in his room. 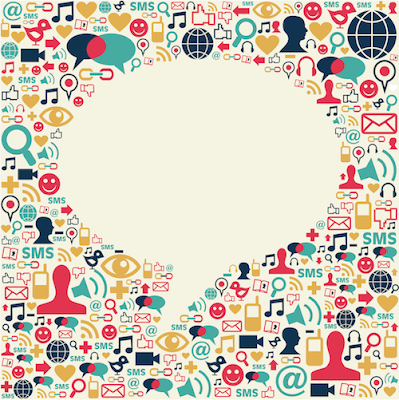 That's not to say there aren't some interesting, if troubling, correlations.  A study published recently in The Journal of Behavioral Addictions looked at the connection between social media use and performance on the "Iowa Gambling Task," a simulation that is used to pinpoint impaired decision-making in situations like heroin addiction.  The authors write:

The trouble with the study -- which, to be fair, the researchers are up front about -- is that it's a small sample size (71 individuals) and relied on self-reporting for measurement of the daily duration of social media use for each participant.  Self-reporting is notoriously inaccurate -- there have been dozens of studies showing that (for example) self-reporting of diet consistently results in underestimates of the number of calories consumed, and participants have even reported calorie intakes that are "insufficient to support life" without any apparent awareness that they were giving the researchers wildly incorrect information.

So self-reporting of the number of hours spent on social media?  Especially given the negative press social media has gotten recently?  I'm a little suspicious.  The researchers say that their experiment should be repeated with a larger sample size and up-front monitoring of social media use -- which, honestly, should have been done in the first place, prior to publishing the study.

But even so, it's a curious result, and if it bears out, it'll be interesting to parse why Facebook use should be correlated with poor decision-making.  These sorts of correlations often lead to deeper understanding of our own behavior, and that's all to the good.

But now that I'm done writing this, y'all'll have to excuse me so I can post links to today's Skeptophilia on Facebook and Twitter.  You know how it goes.