The realm of the impossible

An article appeared in the July/August issue of the Skeptical Inquirer which, on first glance, you might expect me to agree with entirely.

It's entitled "Why Parapsychological Claims Cannot Be True," and is written by Arthur S. Reber and James E. Alcock, professors of psychology at (respectively) Brooklyn College and York University.  What Reber and Alcock are attempting to show is that physical law proves that claims of extrasensory perception and the like are theoretically impossible.

Reber and Alcock cite four tenets of physics that they say render parapsychological claims untenable:
Certainly, these are powerful objections to many claims of parapsychology, and anyone who says (s)he has such abilities needs to have some pretty persuasive evidence backing it up.  But what I object to is that Reber and Alcock equate a claim violating science as we currently understand it with a claim being impossible even in the broadest theoretical sense.  Based on this, they say, all parapsychological claims should be dismissed out of hand. 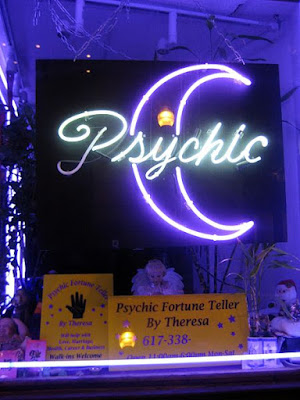 There are a number of problems with this conflation.  The first is that physics itself suggests some awfully bizarre things -- witness Saturday's post about two spaceships being in a state of superposition where both of them are destroyed and not destroyed simultaneously, an outcome that appears to be entirely consistent with what we know about quantum theory and general relativity.  Simultaneity was shown to be inconsistent between reference frames decades ago; one of the more bizarre outcomes of Einstein's discoveries is that two events that appear simultaneous in one frame might appear sequential in another, raising questions about what exactly we mean by "causality."  (And that's not even considering such loony -- but theoretically possible -- phenomena as wormholes, connecting two different bits of spacetime.)

The second problem, though, is the assumption that our understanding now is going to turn out to be true ten years (or even ten days) from now, and will apply equally well to every new discovery.  Consider one of their examples -- the inverse-square law.  It is true that many physical phenomena drop in magnitude as a function of the inverse square of the distance.  (These include light intensity, radiation, gravitational force, electromagnetic force, and sound volume.)  But it was recently discovered that gravitational waves don't decrease in intensity with the square of the distance; they decrease inversely simply with the distance.  The power of a radar signal diminishes with the distance of the source raised to the fourth power.  Up to a distance of one femtometer, the strong nuclear force doesn't vary with distance at all, and after that it drops to nearly zero.

So saying that physics demonstrates that all information transmission follows an inverse-square law simply isn't true, and even if you ignore the handful of counterexamples known, it also implies some significant hubris -- that any subsequent discoveries we make will automatically conform to what we already know.

What is at the root of this is a confusion between what is improbable and what is impossible.  I would argue that there's very little in the latter category -- even such written-in-stone laws such as the speed of light being the ultimate universal speed limit have been subject to thus-far unresolved questions (consider, for example, the Alcubierre warp drive, a solution to Einstein's field equations that appears to allow apparent hyperlight speeds).  As you move along the continuum from improbable to impossible, the demand for rigorous and high-quality evidence quite rightly increases (Carl Sagan's "ECREE" principle -- "Extraordinary Claims Require Extraordinary Evidence").  This is why it might take a lot to move me into the "true believer" column with respect to parapsychological claims, but am quite content to remain in the "undecided" column indefinitely.

As befits a good skeptic.

But no matter where you are along the continuum, you can never rule out what the next round of discoveries might uncover.  As Einstein remarked (although it may well be apocryphal) -- "A thousand experiments could never prove me right, but one could prove me wrong."

There are a good many other objections to Reber's and Alcock's argument.  One which I'll mention briefly, but which for a fuller explication you should go to the source, was outlined by Ian Wardell in his blog Philosophical Thoughts.  The gist of his rebuttal is that parapsychological claims all hinge on issues of consciousness, and we still don't have any explanation of a mechanism by which consciousness occurs -- so how can we say with confidence what its limitations are?

Again, I'm not arguing for parapsychological claims, and regular readers of Skeptophilia know all too well that I'm pretty dubious about a lot of the specific evidence these claims rest on.  But my doubt about particular bits of psi doesn't imply anything categorical about the possibility of those sorts of phenomena in general, any more than my demonstration that a purported Bigfoot femur came from a bear would mean that Bigfoot doesn't exist anywhere in time and space.

Such examples of scientific hubris always remind me of the famous quote from Lord Kelvin, one of the pre-eminent scientists of the late 19th and early 20th century, who said in 1907, "There is nothing new to be discovered in physics now.  All that remains is more and more precise measurement."  Within twenty years of that statement, Robert Millikan showed that photons exist in discrete quanta of energy; Einstein published his paper on the general theory of relativity; Louis-Victor de Broglie showed that matter has wavelike properties; Heisenberg demonstrated the bizarrely counterintuitive uncertainty principle; and Schrödinger wrote his famous wave equation governing the role of probability in quantum phenomena.

And we're still trying to figure out the fallout from all of that stuff.

So as far as Reber and Alcock go; I'm not quite the instantaneous ally you might have expected.  My general feeling is that any time you start talking about something being theoretically impossible, world without end amen, you're skating out onto some seriously thin ice.