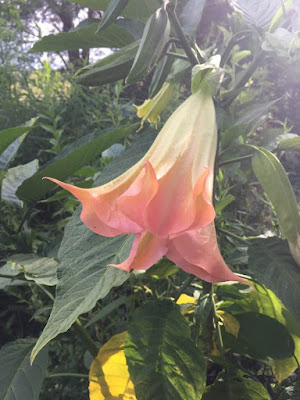 Why all this stuff comes up is because of a link sent to me by a loyal reader of Skeptophilia yesterday, about a new hobby some people have -- they call themselves the "Randonauts."  The gist is that these folks are trying to prove that we're either in some kind of computer simulation, or else there's some Weird Shit going on, or both.

The way they do it is that you log into a site with a random number generator (the full instructions are in the link), and it will use those to plot out latitudes and longitudes of places near you.  After doing this a bunch of times, it will spit out the set of coordinates that got the most hits.  You go there, and...

... stuff is supposed to happen.  Here are a few things people have reported when doing this:
All of this is supposed to signify that our lives are being controlled, either by some super-intelligent power or by a simulation, and this is making the random number generator not so random -- and directing us to where there are leaks in the matrix, or something.

Tamlin Magee, who wrote the article for The Outline I linked above, was only mildly impressed by her experiences, which I encourage you to read about.  Here's her conclusion:


Whatever you think of the validity of hacking reality or the nature of our possibly deterministic universe, my time randonauting pushed me to pay closer attention to my environment, to stop and notice things, like artwork, signs, symbols, nature, and objects, that I might have otherwise filtered out by default.

Do I understand the theories behind it all?  Absolutely not.  Do I think I’m challenging a demiurgical Great Programmer, jumping into alternate dimensions or tearing apart the space-time continuum?  Probably also not.  But my trips, nonetheless, felt imbued by a strangely comforting, esoteric mindfulness.  And if only for that reason, I will be randonauting again.

Now, far be it from me to criticize weird and semi-pointless hobbies.  I'm a geocacher, after all, not to mention a birdwatcher (a hobby a former student aptly described as "Pokémon for adults").  So I'm glad Magee had fun, and in that spirit, I'd like to participate myself.

I mean, think about it.  You go anywhere, and your instructions are: notice anything weird.  No restrictions.  Not even any definition of what qualifies as "weird."

My guess is that this would work in every single location in the world you might consider going to.  Because, face it, Weird Shit is everywhere.

So what we have here is a bad case of dart-thrower's bias -- our naturally-evolved tendency to notice outliers.  That, and the desire -- also natural -- that there be some meaning in what happens around us, that it isn't all just chaos.  (We took a look at the darker side of this drive yesterday.)

Anyhow, I think this sounds like it could be entertaining, as long as you don't put too much stock in your results showing that we're in a simulation.  Although I have to admit, given how bizarre the news has been lately, it's crossed my mind more than once that maybe we are in a computer simulation, and the aliens running the simulation have gotten bored, and now they're just fucking with us.

Certainly would explain a lot of what comes out of Donald Trump's mouth.