A few days ago I was out for a nice run when my iPod started sending me a rather unsettling message by playing, one after another, "100 Years," "Dance in the Graveyards," "O Very Young," and "I Will Follow You Into the Dark," which -- for those of you who don't listen to the same music I do -- are all songs about dying.

I'm not superstitious, but I have to admit I was a little careful when I crossed the road to look both ways and make sure there was no eighteen-wheeler bearing down on me.  I got home safely, but it's no wonder that since then I've been thinking about death and the odd beliefs associated thereto.

I am not just referring to religious concepts of the afterlife, here, although as an atheist I am bound to think that some of those sound pretty bizarre, too.  I've heard everything from your traditional harps-and-haloes idea, to being more or less melted down and fused with God, to fields of flowers and babbling brooks, to spending all of eternity with your dead relatives (and it may sound petty of me, but considering a few of my relatives, this last one sounds more like my personal version of hell).  Then, of course, you have the much-discussed Islamic 72-virgins concept of heaven, which brings up the inevitable question of what the virgins' opinions about all of this might be.  All of these strike me as equal parts absurdity and wishful thinking, given that (honestly) believers have come to these conclusions based on exactly zero evidence. 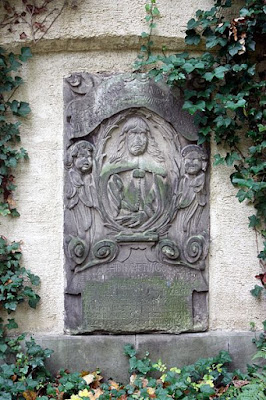 But today, I'm more considering the rituals and traditions surrounding death itself, aside from all of the ponderings of what (if anything) might happen to us afterwards.  I was first struck by how oddly death is handled, even here in relatively secular America, when my mom died fourteen years ago.   My wife and I were doing the wrenching, painful, but necessary choosing of a coffin, and we were told by the salesman that there was a model that had a little drawer inside in which "photographs, letters, and other mementos can be placed."  There was, we were told, a battery-powered light inside the drawer, presumably because it's dark down there in the ground.

Carol and I looked at each other, and despite the circumstances, we both laughed.  Did this guy really think that my mom was going to be down there in the cemetery, and would periodically get bored and need some reading material?

Lest you think that this is just some sort of weird sales gimmick, an aberration, in another odd coincidence just yesterday a loyal reader of Skeptophilia sent me an article that appeared a while back in Huffington Post describing an invention by Swedish music and video equipment salesman Fredrik Hjelmquist.  Hjelmquist has one-upped the coffin with the bookshelf and reading light; his coffins have surround-sound, and the music storage device inside the coffin can be updated to "provide solace for grieving friends and relatives by making it possible for them to alter the deceased's playlist online"...

... and are also equipped to play music streaming from Spotify.

Oh, and I didn't tell what the name of Hjelmquist's creation is.

CataCombo.  And no, I didn't make that up.

Now, I understand that many of the rituals surrounding death are for the comfort of the living; the flowers, the wakes, the songs at funerals, and so on.  But this one is a little hard to explain based solely on that, I think.  Is there really anyone out there who would be comforted by the fact that Grandma is down there in Shady Grove Memorial Park, rockin' out to Linkin Park?  I would think that if you would go for something like this, especially considering the cost, you would have to believe on some level that the Dearly Departed really is listening.  Which, to me, is more than a little creepy, because it implies that the person you just buried is somehow still down there.   Conscious and aware.  In that cold, dark box underground.

I was always struck by the Klingons' approach to death in Star Trek: The Next Generation.  As a comrade-in-arms is dying, you howl, signifying that the folks in the afterlife better watch out, because a seriously badass warrior is on the way.  But afterwards -- do what you want with the body, because the person who inhabited it is gone.  "It is just a dead shell," they say.  "Dispose of it as you see fit."

Me, I like the Viking approach.  When I die, I'd appreciate it if my family and friends would stick me on a raft, set it on fire, and launch it out into the ocean, and then have a big party on the beach afterward with a lot of drinking and dancing and debauchery.  That's probably all kinds of illegal, but it seems like a fitting farewell, given that I've always thought that Thor and Odin and Loki and the rest of the gang were a great deal more appealing than any other religion I've ever run across.  But if that turns out to be impractical, just "dispose of me as you see fit."  And fer cryin' in the sink, I am quite sure that I won't need a reading light or a Spotify account and surround-sound.