Kids these days, ya know what I mean?

Wiser heads than mine have commented on the laziness, disrespectfulness, and general dissipation of  youth.  Here's a sampler:

Of course, I haven't told you where these quotes come from. In order:
So yeah.  Adults saying "kids these days" has a long, inglorious history.  (Nota bene: the third quote, from Kenneth Freeman, has often been misattributed to Socrates, but it seems pretty unequivocal that Freeman was the originator.) 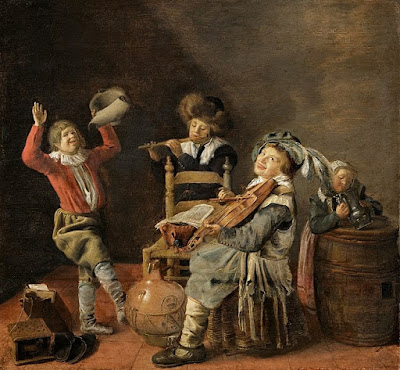 I can say from my admitted sample-size-of-one that "kids these days" are pretty much the same as they were when I first started teaching 32 long years ago.  There are kind ones and bullies, intelligent and not-so-much, hard-working and not-so-much, readers and non-readers, honest and dishonest.  Yes, a lot of the context has changed; just the access to, and sophistication of, technology has solved a whole host of problems and created a whole host of other ones, but isn't that always the way?  In my far-off and misspent youth, adults railed against rock music and long hair in much the same way that they do today about cellphones and social media, and with about as much justification.  Yes, there are kids who misuse social media and have their noses in their SmartPhones 24/7, but the vast majority handle themselves around these devices just fine -- same as most of my generation didn't turn out to be drug-abusing, illiterate, disrespectful dropouts.

This comes up because of a study that was published in Science Advances this week, by John Protzko and Jonathan Schooler, called "Kids These Days: Why the Youth of Today Seem Lacking."  And its unfortunate conclusion -- unfortunate for us adults, that is -- is that the sense of today's young people being irresponsible, disrespectful, and lazy is mostly because we don't remember how irresponsible, disrespectful, and lazy we were when we were teenagers.  And before you say, "Wait a moment, I was a respectful and hard-working teenager" -- okay, maybe.  But so are many of today's teenagers.  If you want me to buy that we're in a downward spiral, you'll have to convince me that more teenagers back then were hard-working and responsible, and that I simply don't believe.

And neither do Protzko and Schooler.

So the whole thing hinges more on idealization of the past, and our own poor memories, than on anything real.  I also suspect that a good many of the older adults who roll their eyes about "kids these days" don't have any actual substantive contact with young people, and are getting their impressions of teenagers from the media -- which certainly doesn't have a vested interest in portraying anyone as ordinary, honest, and law-abiding.

Oh, and another thing.  What really gets my blood boiling is the adults who on the one hand snarl about how complacent and selfish young people are -- and then when young people rise up and try to change things, such as Greta Thunberg and the activists from Marjory Stoneman Douglas High School, they say, "Wait, not like that."  What, you only accept youth activism if it supports the status quo?

All well and good for kids to have opinions, until they start contradicting the opinions of adults, seems like.

Anyhow, I'm an optimist about today's youth.  I saw way too many positive things in my years as a high school teacher to feel like this is going to be the generation that trashes everything through irresponsibility and disrespect for tradition.  And if after reading this, you're still in any doubt about that, I want you to think back on your own teenage years, and ask yourself honestly if you were as squeaky-clean as you'd like people to believe.

Or were you -- like the youth in Aristotle's day -- guilty of thinking you knew everything, and being quite sure about it?