Talking to the animals

Language is defined as "arbitrary symbolic communication."  The "symbolic" part is because the word (either spoken or written) for a concept is representative of the concept itself, and "arbitrary" because with the exception of onomatopoeic words like bang and swish there is no logical connection between the word and the concept itself.  (For example, the English word dog and the French word chien both have the same referent, but other than learned association there's nothing especially doggy about either word.)

It's been an argument of long standing whether any other animal species have true language.  A 2006 paper in the Journal of the Acoustical Society of America strongly suggests that whales have one of the most characteristic features of language -- syntax, the way words are put together to form meaningful sentences.  (What whale songs actually mean is still a matter of conjecture.)  A lot of animal sounds, such as bird songs and dogs barking, are dismissed as "non-linguistic vocalization" -- they are communication, but lack the "arbitrary symbolic" part of the definition of language.

Myself, I wonder.  I can tell when I hear my dog barking or growling whether he: 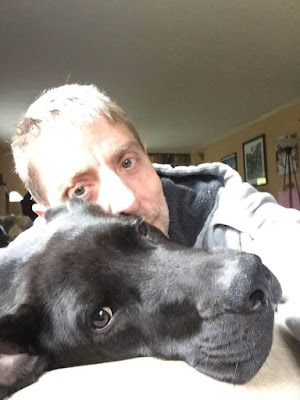 Each of those different-toned barks is completely distinct, and certainly they're arbitrary in that the connection between the tone and what it's communicating really has no logic to it.  (An exception is that the "excited bark" and "bored bark" are clearly different in volume and energy level, which you could argue isn't arbitrary.)

Even dog lovers will admit, however, that the set of concepts expressed by barking or growling is fairly limited.  So if you want to call it language, it's pretty rudimentary.  The situation becomes blurrier, however, with animals with a rich vocal repertoire, like parrots and dolphins.  And our sense that we're the only ones with true language was dealt another blow by a study released this week from the University of Zurich showing that primates called common marmosets not only speak regional dialects, when individuals are moved to a different region they learn -- and begin to use -- the dialect of the group they've joined.

"We could clearly show that the dialects of common marmosets are learned socially," said anthropologist Yvonne Zürcher, who co-authored the study.  "If their dialects were genetically determined, moving to a new place wouldn’t cause any change in calls.  The changes can’t be explained by differences in the environment, either."

Which seems to meet the characteristic of arbitrariness.

Again, I'm not trying to imply that marmosets have language in the same sense we do; whatever they're saying, it's unlikely that it has the richness and flexibility of human language.  But the black-and-white, "we have language and no one else does" attitude that has been prevalent for as long as the question has been considered may turn out to be as inaccurate as the "human vs. animal" distinction I still hear students voicing.  The truth is, vocal communication -- from the simplest (such as the hissing of a snake) to the most complex known (human language) -- is a continuum, just as are complexity, intelligence, emotional capacity, and anything else you might think separates us from the rest of Kingdom Animalia.

Which I think is pretty cool.

In any case, I better wrap this up, because Guinness is barking.  I know it's time to play ball.  He just told me so.