There's been a whole lot of buzz lately on the subject of free speech and social media.

The maelstrom has centered around the controversial figure of Mark Zuckerberg, CEO of Facebook, whose rather lax policies about truth in political advertisements is said by many to have contributed to Donald Trump's nomination and eventual electoral win.  As we enter another presidential election season (lord help us all), the whole issue has come up again -- with Zuckerberg defending his position on allowing ads even if they contain factual inaccuracy.

I.e., "Fake News."  Oh, how I've come to loathe that phrase, which gets lobbed every time someone hears a piece of news unfavorable to their preferred politician.  Call it "Fake News," and you can forthwith stop thinking about it.

It's been a remarkably efficient strategy -- and is largely to blame for the current political mess we're in.

In any case, Zuckerberg isn't backing down.  He said:


While I certainly worry about the erosion of truth, I don’t think most people want to live in a world where you can only post things that tech companies judge to be 100% true...  We’re seeing people across the spectrum try to define more speech as dangerous because it may lead to political outcomes they see as unacceptable.  Some hold the view that since the stakes are now so high, they can no longer trust their fellow citizens with the power to communicate and decide what to believe for themselves.  I personally believe that this is more dangerous for democracy over the long term than almost any speech.

Which, to me, misses the point entirely.

Free speech covers opinions like, "I think Donald Trump has been a great president."  I have no right to censor that, whether or not I agree with it.  However, saying "Donald Trump eats live babies for breakfast" is not covered under free speech, because it's a false statement intended to discredit.

Which the law refers to as "libel." 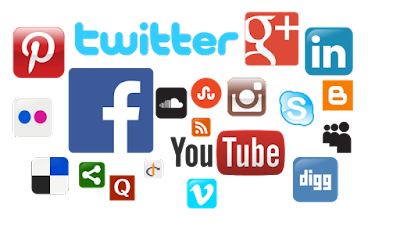 So allowing political ads is one thing.  You can craft a political ad that steers clear of libel even if it's highly critical of the candidate you're running against.   But when you post factual inaccuracies (better known as "lies") about someone, with the intent to cause harm to their reputation or electability, that's no longer a matter of free speech.

And as such, yes, Mark, you have an obligation to block such advertisements.

Elizabeth Warren responded to Zuckerberg's stance by putting together an ad claiming that Zuckerberg is a Trump supporter (which he claims is untrue).  But the salvo evidently didn't really strike the target.  Zuckerberg is still unapologetic for his position:


Do we ban ads about health care or immigration or women’s empowerment?  And if you’re not going to ban those, does it really make sense to give everyone a voice in the political debates except for the candidates themselves?  I believe when it’s not absolutely clear what to do, we should err on the side of greater expression.

Well, actually, you have banned ads about health care.  Earlier this year, Facebook (rightly) decided to block ads promoting the talking points of the anti-vaxxers.  Why?  Because what they were saying was false and harmful.  That's the acid test, you know?  (1) Is it false? and (2) is it harmful or damaging to the person or persons targeted?

If the answer to those two questions is "yes," then social media has an obligation to say no to the advertisement.

Hard to see how anything about "women's empowerment" would fall under those guidelines.

So what Zuckerberg is engaging in is a false equivalency -- and I believe he's perfectly well aware of it.  Those ads bring in millions of dollars of revenue, so he has a vested interest in turning a blind eye, regardless of the political or societal outcome.  As usual, it's all about the bottom line.

At present, I still have a Facebook.  For one thing, it's my primary way of keeping in touch with people who live far away and whom I rarely see.  For another, it's the main social media platform used by my publishing company, so I'd be cutting myself off from them pretty thoroughly if I deleted my profile.

So I'm sticking -- for the time being.  I'd love to see enough pressure put on Zuckerberg that he changes his stance, and at least pledges to stop advertisements that engage in spreading demonstrably false statements.  That's all we're asking, really -- not to take sides, but to stop all sides from lying for their own gain.

It's not a difficult concept.  And hard to see how you'd craft an argument that increasing the amount of truth in all kinds of media is a bad thing.

Posted by Gordon Bonnet at 3:10 AM