Windows of the soul

Yesterday I ran into a study in the journal Personality and Social Psychology Bulletin that strikes me as being substantially correct even though I have some misgivings about the general methodology.

The paper is called "Your Soul Spills Out: The Creative Act Feels Self-Disclosing," by Jack A. Goncalo and Joshua H. Katz, of the University of Illinois at Urbana-Champaign.  The researchers were looking into whether creative ideas would reveal the "true personality" (whatever that actually means), and if so, might clue in the listener/reader in ways that were never intended.

The study consisted of five separate experiments, with a total of over twelve hundred test subjects.  The first three experiments focused on whether a person asked to generate creative ideas (one of the ones used was "come up with five new scents for candles") felt afterward as if the researchers had a better lens into the person's core personality than they did before.  The fourth experiment looked at whether narrowing the range of choices (e.g., "name five new fruit scents for candles" rather than "name five new scents of any type for candles"), and the fifth asked the participants to rank their ideas on a scale of "creative" to "conventional," and looked at whether there was a correlation between that and the degree to which they felt they'd revealed themselves.


Breaking from the typical focus on the antecedents of creativity, we investigate the psychological and interpersonal consequences of being creative.  Across five experiments, we find that generating creative ideas is revealing of the self and thus prompts the perception of self-disclosure.  Individuals respond to the expectation to be creative with greater self-focus—adopting their own idiosyncratic perspective on the task and thinking about their own personal preferences and experiences in connection to the problem.  Because creative ideas derived from self-focused attention are uniquely personal, the act of sharing a creative idea is, in turn, perceived to be revealing of the self.  Finally, an interactive dyad study shows that sharing creative ideas makes partners more confident in the accuracy of judgments they made about each other’s personality.

On the one hand, this strikes me as kind of a "duh."  A person who comes up with candle scents like "vanilla chai" and "ocean breeze" is not the same type as someone who would come up with "dog farts" and "zombie breath."  Thinking outside the box (in this case way outside the box) does tell you something about a person's personality. 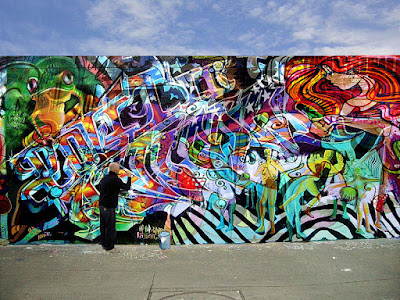 However, there's the notoriously difficult factor of weighing how close a person's self-assessment is to reality.  We don't see ourselves very accurately, most of the time, which is why Robert Burns quipped, "O, would some power the giftie gi'e us. to see ourselves as others see us; it would from many a blunder free us, and foolish notion."

So a person saying she thinks her creative ideas revealed her soul, and those ideas actually telling us something about her we didn't already know, aren't the same thing at all.  Even when we're being creative, we show the parts of us we choose to, and suppress other parts that we'd rather people not see.

But.  I have more than once stated, "If you want to know me, read my fiction."  I've mentioned before how shy I am in person, which is why there are people I've known for years who don't really have much of a clue what I'm really like.  But a lot of my fiction embodies the things I think are deeply meaningful in life -- relationships, compassion, trust, loyalty, humor, perseverance, respect.  I think if you read a couple of my novels, you'll have a pretty good idea of who I am.

And I know you can sometimes reveal things you didn't intend to.  I related a few months ago how my writing partner, the inimitable Cly Boehs, was entirely unsurprised by my revelation that I was bisexual.  "Every novel you've written," she told me, "has at least one scene with a gorgeous shirtless guy."  And I still remember the student who read my novella House of Mirrors and came up to me with a grin after he'd finished it and said, "You know, you play the unemotional, plain-spoken, pragmatic science teacher at your day job, but deep down you are a complete romantic sap."

What could I do?  I laughed and said, "You figured me out."

So in some ways I agree with the results Goncalo and Katz found.  "The instruction to be creative is very common in organizations but it is not benign," Goncalo said, in an interview in PsyPost.  "In the process of being creative, you rely on your own idiosyncratic point of view and unique preferences, thus making the ideas you share revealing of your true self.  More importantly, other people listen to your ideas and make judgments about you.  We found that when people heard another individual’s creative ideas, they became more confident that their judgments about their personality were accurate.  People are not just judging your ideas, they are making personal judgments about you based on your ideas."

Creativity is a means for self-expression, and as such of course it reveals something about a person.  And also of course, people who see your creative ideas are going to judge them -- and you.  But I seriously doubt that an analysis of a person's creativity would tell you anything you couldn't have found out in other ways, and it's hard to see how it gives you a bead on the "true self" when there isn't even a good working definition of what that phrase means.

So (anecdotally) I'd say they're right, but I'm not really sure where it gets us.  Personality is complex, and our behaviors combine both conscious and unconscious efforts to show some features and hide others.  But we already kind of knew that.

Anyway, I'm off to work on my work-in-progress, which is a Lovecraftian sort of story about a guy trying to rescue his missing twin brother from a subterranean death-cult.  Make of it what you will.