The brilliant Scottish poet Robert Burns packed a lot of truth in these four lines:


O, would some power the giftie gi'e us
To see ourselves as others see us;
It would frae many a blunder free us,
And foolish notion.

It's almost a cliché that we don't see ourselves very accurately, both in the positive and negative sense.  We sometimes overestimate our own capacities (resulting in the infamous Dunning-Kruger effect, the tendency of people to think they understand things way better than they actually do).  At the same time, we often undersell our own abilities, lacking confidence in areas where we really are talented -- sometimes through false modesty, but sometimes because we really, honestly don't realize that we have an unusual skill.

I remember this last bit happening to me.  I have one ability my wife calls my "superpower" -- I remember melodies, essentially indefinitely.  The craziest example of this happened when I was taking a Balkan dance class when I was in my early twenties, and heard a tune I really liked.  I was going to ask the instructor what the name of the tune was, but clean forgot (so remembering other things is not really my forté).  But I remembered the tune itself, after hearing it only a couple of times while we were learning the dance that went with it.

Fast forward thirty years.  I was at Lark Camp, a week-long folk music gathering in the Mendocino Redwoods, and I was heading to lunch when I heard a fiddler and an accordion player playing a tune.  My ears perked up immediately.

There was no doubt in my mind.  That was "my" dance tune.

Turns out it's a Serbian melody called Bojarka.  (If you want to hear it, here's a lovely live performance of it by flutist Bora Dugić.)  I had remembered it, without trying or even playing it again, for thirty years.

What's funny is that I never thought there was anything particularly unusual about this.  With no context, I always simply assumed everyone could do it.  It was only when I started playing with other musicians that I found that my musical memory was pretty uncommon.  (It bears mention, however, that my remembering a tune doesn't mean I can play it perfectly.  Technically, I'm an average musician at best.)

This all comes up because of a recent study that looked at how our close friends think of us -- and even more interestingly, what their brains look like when they're doing it -- and suggests that our pals are way more aware of our core strengths, flaws, talents, and personalities than we might have thought. 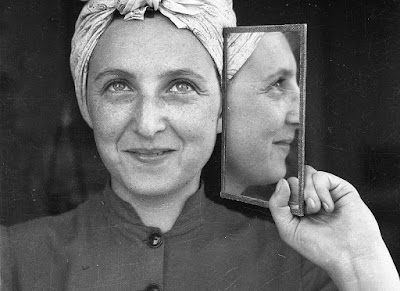 In "The Neural Representation of Self is Recapitulated in the Brains of Friends: A Round-Robin fMRI Study," which appeared this week in The Journal of Personality and Social Psychology, psychologists Robert Chavez and Dylan Wagner of Ohio State University took a group of eleven close friends and had each of them think about first themselves then the ten others, one at a time, evaluating each on the degree of accuracy of forty-eight different descriptors (including lonely, sad, cold, lazy, overcritical, trustworthy, enthusiastic, clumsy, fashionable, helpful, smart, punctual, and nice), and while they were doing this task an fMRI machine was recording how their brains responded.  The results were nothing short of fascinating.  The authors write:


Using functional MRI and a multilevel modeling approach, we show that multivoxel brain activity patterns in the MPFC [medial prefrontal cortex] during a person’s self-referential thought are correlated with those of friends when thinking of that same person.  Moreover, the similarity of neural self–other patterns was itself positively associated with the similarity of self–other trait judgments ratings as measured behaviorally in a separate session.  These findings suggest that accuracy in person perception may be predicated on the degree to which the brain activity pattern associated with an individual thinking about their own self-concept is similarly reflected in the brains of others.

So while everyone doesn't see you completely accurately, in aggregate your friends have a pretty clear picture of you.

"Each one of your friends gets to see a slightly different side of you," said study lead author Robert Chavez.  "When you put them all together, it is a better approximation of how you see yourself than any one person individually."

So Robert Burns's famous quip is both true and misleading; the way others see us is largely accurate, but if you take a large enough sample size, it agrees pretty well with how we see ourselves.  We may not be so unaware of our own foibles and unusual skills as it might appear at first, and it seems like our attempts to hide who we truly are from our friends aren't quite as successful as we like to think.