Run to the museum

Two recent studies suggest the popular wisdom that if you want to improve your health, mood, and sense of well-being, get out and do stuff, is substantially correct.

The first is (to me) the more impressive study, because it actually looked at the electrical output of the test subjects' brains, so we're seeing at least a hint of the underlying mechanism.  In "Play Sports for a Quieter Brain: Evidence From Division I Collegiate Athletes," which appeared in the journal Sports Health last Monday, a team of neuroscientists at Northwestern University (Evanston, Illinois) found that the FFR (frequency-following response, a measure of neural crosstalk between the parts of the brain responsible for interpreting complex sensory stimuli) was substantially higher in athletes than non-athletes, and increased in both groups after strenuous exercise.

The authors suggest that the higher FFR in athletes occurs because sports in general require focused attention, thus a diminishment of the "neural background noise" all our brains engage in.  The ability to turn down this chatter and devote more energy and brain activity to sensory interpretation could certainly explain how athletes develop their preternaturally fast and accurate reflexes.

It also explains something that I've witnessed more than once, as a fan of Cornell University hockey.  The Cornell students are notorious for their jeers -- um, cheers -- that make fun of the opposing team in any way that is convenient.  In particular, the opposing goalie is ridiculed incessantly (starting, but not ending, with referring to him as a "sieve"), but almost always the goalie is capable of somehow shutting out the roar of insults coming from the student section.  I've always wondered how they did that so effectively -- almost never do the goalies even react, much less try to interact, with the students.  They seem entirely undistracted by it.

But the Sports Health study suggests that a laser-like focus is a neural feature of a lot of athletes, so well-developed that it shows up on an electroencephalogram.  I still wonder, of course, if we're not mistaking correlation for causation -- it could just as easily be that people are attracted to sports because they already have the ability to focus and ignore neural background noise, rather than playing sports causing that ability to develop.

Either way, it's an interesting study, deserving of more research -- especially if it could be demonstrated that engagement in sports improved neural focus, which would give some hope to ordinary mortals like myself who like to run but get distracted if a squirrel farts. 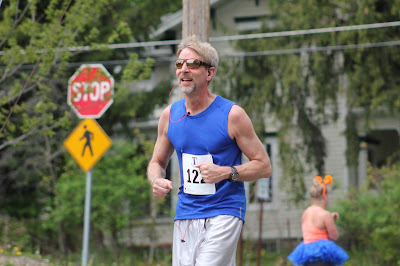 The other study I present with the same qualifier; the convenient conclusion could well be a correlation/causation error.  Still, it's an interesting finding.  In "The Art of Life and Death: 14 Year Follow-Up Analyses of Associations Between Arts Engagement and Mortality in the English Longitudinal Study of Ageing," which appeared this week in the British Medical Journal, researchers at University College of London found that engagement with the arts -- even something like regular museum visits -- was correlated with a lower risk of mortality from all causes, even when they controlled for age, prior health conditions, and socioeconomic status.

The study followed six thousand British citizens, all aged fifty or over, for fifteen years, and the differences in survival rate were not small.  Individuals who were occupied in some way with the arts had a 31% lower mortality rate than those who did not.  The mechanism is uncertain, although there have been other studies that correlated brain activity of all kinds (even doing crossword puzzles or sudoku) with a lower rate of dementia.  The naysayer in my mind, however, feels compelled to point out that it could be that people with conditions that will ultimately prove fatal -- even before they're diagnosed -- might be less compelled to go out and take sketching classes than those who are (unbeknownst to them) facing long-term good health.  Just as in the crossword puzzle studies; there is some indication that horrifying disorders like Alzheimer's start to show in measurable ways far earlier than anyone thought, so it's understandable that someone who is starting the slide into losing his/her cognitive faculties wouldn't be inclined to do a crossword puzzle even if they're not consciously aware yet that the decline has begun.

But still.  It could be the other way around, which is certainly how the popular media is portraying it.  And there's nothing to be lost in buying a year's worth of museum passes, or signing up for that sculpture class you've been considering; just as with the other study I referenced, there's nothing but benefit to joining an intramural soccer league or a running club.  Keeping physically and mentally active certainly improves your quality of life, and even if you won't end up with the focused attention of a Cornell hockey goalie or living to age 103, it's still worth doing.

So I suppose that means that I should get my ass up out of this chair, turn the computer off, and go for a run.  Or work on the clay mask I've been making for the last couple of days.  Either is probably preferable than sitting here immersing myself in the news, which has been my fallback, and is not good for either my mood or my blood pressure lately.