The danger of comfort

There is nothing as dangerous as our attitude that if something isn't bothering us right here and right now, it can effectively be ignored.

It's what is behind the phenomenon that doctors rail against, that if you're feeling good at the moment, there's no reason to have an annual physical.  I say this with a degree of wry amusement because I'm a doctor avoider myself, but at least I acknowledge how foolish that approach is.  There are large numbers of illnesses that if caught early and treated are not really that serious, but if left untreated long enough can kill you.  I was just chatting a couple of days ago with a friend about a mutual acquaintance who had ignored increasingly severe headaches for weeks, and ultimately died of a ruptured cerebral aneurysm that probably would have been operable -- at the age of 41.

Scale that attitude up, and you have our current approach to the global environment.

Every time you look at the news you see more alarm bells about the current state of the natural world.  Just in the last two weeks, we've had the following:
But here I sit in my comfortable office in rural upstate New York.  It's a clear December morning, the sky is a pristine pale blue, the tilled cornfield across the road dusted with snow.  There are birds at the feeders, a hawk is kiting high overhead, my dogs are snoozing in a patch of sunlight after an early morning's romp.  I have a cup of hot coffee, a fire in the wood stove.

All's well with the world.  Right? 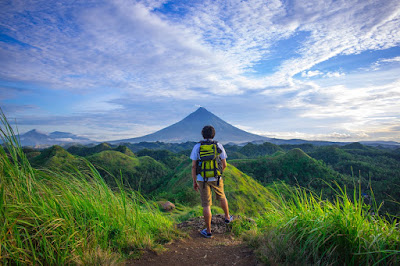 We're geared to respond to how our personal conditions are in the moment, so stories like the ones I mentioned above have a hard time gaining any traction in our consciousness.  I consider myself more environmentally-conscious than a lot of people (and for cryin' in the sink, I just spent the morning researching serious problems with the global ecology) and I still have a hard time feeling viscerally alarmed by it, the way I would if there was a forest fire headed this way or a chemical spill was killing all the fish in my pond or smog was making it impossible to breathe without a filter mask.

There's really no difference, though, between the three problems in the news and the three hypothetical ones I just mentioned -- or if there is, it's a matter of scale.  The three papers I referenced above are orders of magnitude more serious than any of the three local ones I listed.  If a wildfire went out of control and burned my house down, it would be a tragedy for me.  But the three papers I described are disasters in the making that affect not just one person, nor even a single community, but the entire world.

And for most people, they elicit nothing more than a shrug of the shoulders.

It doesn't help, of course, that the current government of the United States is actively involved in perpetuating this attitude, and (worse) spreading scientific misinformation.  For some of the perpetrators it's done with malice aforethought, because of the influence of money from the fossil fuel lobby and others like it, but for some -- like Donald Trump -- it's a combination of the "who cares, I'm doing fine" attitude with outright willful stupidity.  Take, for example, this direct quote from Trump's speech to a Turning Point USA (a conservative student group) rally just two days ago:


I never understood wind.  I know windmills very much, I have studied it better than anybody.  I know it is very expensive.  They are made in China and Germany mostly, very few made here, almost none, but they are manufactured, tremendous — if you are into this — tremendous fumes and gases are spewing into the atmosphere.  You know we have a world, right?  So the world is tiny compared to the universe.  So tremendous, tremendous amount of fumes and everything.  You talk about the carbon footprint, fumes are spewing into the air, right spewing, whether it is China or Germany, is going into the air...  A windmill will kill many bald eagles.  After a certain number, they make you turn the windmill off, that is true.  By the way, they make you turn it off.  And yet, if you killed one, they put you in jail.  That is okay.  But why is it okay for windmills to destroy the bird population?

Watching a video of this speech, it was hard to escape two conclusions: (1) Donald Trump is the single stupidest person ever elected to public office, and (2) the fact that there are still a significant number of supporters of this man's policies, who apparently still think he's the best president ever, makes me despair for the future of the human race.

When I taught Environmental Science, I was up front about my goal -- to widen students' perspective from what's right in front of them, to their homes, to their communities, to their nation, and finally to the entire world.  So much of what we're doing wrong lately -- or failing to do -- is purely because we only care, and act, on what is right before our faces.

So I'm glad that I've got a beautiful morning to enjoy, clean air, a warm and safe place for myself and my family and pets.  But I can't let that lull me into the Panglossian attitude that "all is for the best in the best of all possible worlds."  In the current conditions -- with ecological perils everywhere, and a government that combines complicity and ignorance -- complacency is the deadliest danger of all.