The constancy of constants

One of the most enduring mysteries of physics is why the fundamental constants have the values they do.

I remember first thinking about this when I was a freshman in college, and we were looking at the Special Theory of Relativity in my intro-to-physics class.  The speed of light in a vacuum -- the ultimate speed limit, whatever Star Trek would have you believe -- was 299,792,458 meters per second.

What occurred to me was why it was exactly that number and not something else.  What if the speed of light was, say, twenty miles per hour?  Automobile travel would be a different game, and we'd have serious relativistic effects even riding a bicycle.  (Races would be an interesting affair; faster runners' clocks would move more slowly than slower runners' would, so by the end of the race, it'd be hard to get anyone to agree on what everyone's time was.)

All of which was delightfully silly stuff but didn't really get at the original question, which is why the speed of light has the value it does.  And it's not just the speed of light; in Martin Rees's wonderful book Just Six Numbers, he looks at how a handful of fundamental constants -- the gravitational flatness of the universe, the strength of the strong nuclear force, the ratio between the strength of the electromagnetic force and the gravitational force, the number of spatial dimensions, the ratio between the rest mass energy of matter and the gravitational field energy, and the cosmological constant -- have combined to produce the universe around us.  Alter any of these, even by a little bit, and you have a universe that would be profoundly hostile to life, if not to stable matter in general.

This has led some of the more religious-minded folks to what is called the Strong Anthropic Principle, sometimes called the "fine-tuning argument" -- that the universe has been fine-tuned for life, presumably by a Higher Power tweaking the dials on those constants to make them juuuuuuust right for us.  Which runs into two unfortunate counterarguments: (1) the vast majority of the universe is completely hostile to life, including much of our home planet; and (2) the fact that we live in a universe where the important constants have those particular values is unremarkable, because if they didn't, we wouldn't be around to remark upon it.

The latter is something known as the "Weak Anthropic Principle," a stance that doesn't tell you much except for the fact that the only kind of universe we could live in is one that has the conditions in which we could live. 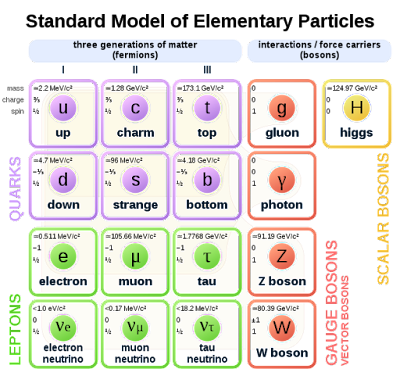 What I find intriguing is that none of these universal constants is derivable -- none come out of calculations based upon known physical laws... yet.  It might be that some of them are derivable and we just haven't figured out how.  Thus far, though, they seem completely arbitrary (except, as noted, that they have to have the values that they do in order for us to be here to consider the question).

A subtler question, and one that (unlike the fine-tuning argument) is actually testable, is whether those constants are the same everywhere in the universe, and whether they're constant over time.  Because if not -- if they vary either in time or space -- that strongly implies that they're not arbitrary, but derive from some underlying characteristic of matter, energy, and space/time that we have yet to uncover, and therefore in altered conditions could have a different value.  So a lot of time is being spent to determine whether any of these constants might be not so constant after all.

Just last week the results came in for one of them, one that is not on Rees's List of Six but is nonetheless pretty damn important; the fine-structure constant, usually written as the Greek letter alpha.  The fine-structure constant is a measure of the strength of interaction between electrons and photons, and is equal to 1/137 (it's a dimensionless number, so it doesn't matter what units you use).

The fine-structure constant is one of the numbers whose value is instrumental in the formation of atoms, so (like Rees's numbers) if it were much different, the universe would be a very different place.  It's one that can be studied at a distance, because one outcome of the fine-structure constant having the value it does is that it creates the spread between the spectral lines of hydrogen.

So a team of physicists looked at the spectrum of hydrogen emitted in the vicinity of a supermassive black hole -- a place where the fabric of space/time is highly contorted because of the enormous gravitational field.  In a paper in Physical Review Letters, we find out that the fine-structure constant in that extremely different and hostile region of space is...

Note that this still doesn't tell us anything about why the fundamental constants have the values they do, all it does is suggest pretty strongly that they are constant regardless of the conditions pertaining in the region of space where they're measured.

The universe is a strange and mysterious place, and we're only beginning to figure out how it all works.  I mean, think about it; while I don't want to denigrate the scientific accomplishments of our forebears, we've really only begun to parse how the fundamental laws of nature work in the last 150 years.  It's an exciting time -- even if we don't yet have answers to a lot of the most basic questions in physics, at least we're figuring out which questions to ask.