In my introductory neuroscience class, I always began the unit on our sensory systems by asking students how many senses they think we have.

The standard answer, of course, is "five."  There were always a few wishful thinkers who like the idea of psychic abilities and answered six.  They were uniformly blown away when I told them that depending on how you count them, it's at least twenty.

Don't believe me?  There are three in the ears (hearing, proprioception/balance, and pressure equalization).  The tongue has separate, distinct chemoreceptors for at least five different taste categories -- sour, sweet, salty, bitter, and savory.  For convenience we'll call the sense of smell one, because we don't even know how many different kinds of olfactory receptors we have.  The eyes are not only responsible for image reception, but also perception of depth and adjustments for light intensity.  You've got six in your skin -- touch, pain, pressure, heat, cold, and stretch.  Your brain has chemical sensors that keep track of your blood pH and stimulate your breathing rate to speed up or slow down to accommodate (in general, breathing faster dumps carbon dioxide and makes your blood pH rise; slower breathing makes you retain carbon dioxide and drops your blood pH).  The kidneys have sensors not only for blood pH but for the salt/water balance, concentrating or diluting your urine to keep your blood's osmotic balance correct.

And those are just the most obvious ones.

In reality, your body is a finely-tuned environmental sensor, constantly detecting and making adjustments to your internal state to accommodate for the external conditions.  It works admirably well most of the time, even though there are some stimuli out there detectible by other animal species that we are completely unaware of.

The one that jumps to mind first is the range of light frequencies the eyes can detect.  We can only pick up a tiny slice of the entire electromagnetic spectrum, the familiar red-orange-yellow-green-blue-indigo-violet of the rainbow.  Many insects can see in the ultraviolet region, picking up light waves completely invisible to us; this is why a good many flowers that seem to be a single color to us have wild patterns if photographed with a UV-sensitive camera.  Mosquitoes can pick up infrared light, meaning they see the world through heat-sensing goggles -- with the unfortunate result that they can find us with ease in the pitch dark.  (They can also smell us, apparently, possibly explaining why some people are so attractive to the little bastards.) 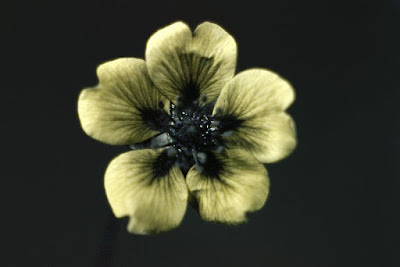 Sharks can pick up shifts in the underwater electric field, one way they find their prey -- muscle contractions run on electrical signals.  So, oddly enough, can platypuses, using electric sensors in their weird rubbery bill.  Many species of migratory birds are sensitive to magnetic fields, using magnetite crystals in their brains as a natural compass -- and, some scientists think, not only using them to figure out which direction is north, but using the declination (angle it tips up or down with respect to horizontal) to figure out the latitude, as the Earth's magnetic field lines become more and more vertical the closer you get to the poles.

This last one is a sense humans might actually share.  There have been anecdotal accounts for years of some people being sensitive to magnetic fields, but there hasn't been any hard evidence of it.  Now, a paper in eNeuro describes an experiment that shows the human brain has sensitivity to magnetic fields -- even if the owner of the brain may not be aware of it on a conscious level.

In "Transduction of the Geomagnetic Field as Evidenced from alpha-Band Activity in the Human Brain," by a team led by Connie Wang of the California Institute of Technology, we read about a clever set-up to see what was going on in people's heads when they were subjected to a fluctuating magnetic field.

The thought was, if there is anything at all to the anecdote, it should be detectible by an electroencephalogram.  "Our approach was to focus on brainwave activity alone," said study co-author Joseph Kirschvink (also of CIT) in an interview with Gizmodo.  "If the brain is not responding to the magnetic field, then there is no way that the magnetic field can influence someone’s behavior.  The brain must first perceive something in order to act on it—there is no such thing as ‘extra-sensory perception.’  What we have shown is this is a proper sensory system in humans, just like it is in many animals."

Test subjects were placed in a Faraday cage, a web of conductive material that blocks electromagnetic fields, to shut out anything coming from the Earth's magnetism.  Then, an array of Merritt coils were activated to alter the magnetic field within the cage.  The subjects were asked if they detected anything -- and at the same time, the EEG machine kept track of what was going on inside their skulls.

The results are fascinating.  The effect of the magnetic field shifts on the alpha waves was dramatic; you don't need a class in reading EEGs to see it.  What was equally interesting is that none of the test subjects reported being aware of any changes.  So even though there's a dramatic change in the brain waves, whatever effect that's having, if any, is happening on a completely subconscious level.

But it does mean the anecdotal stories about people's sensitivity to magnetic fields have at least a possible explanation.  It still doesn't mean those anecdotes are reliable -- that would take test subjects who were able to report a detectible change when the magnetic field shifted the wave pattern in their brains -- but it's a step in the right direction.

"Magnetoreception is a normal sensory system in animals, just like vision, hearing, touch, taste, smell, gravity, temperature, and many others," Kirschvink said.  "All of these systems have specific cells that detect the photon, sound wave, or whatever, and send signals from them to the brain, as does a microphone or video camera connected to a computer.  But without the software in the computer, the microphone or video camera will not work.  We are saying that human neurophysiology evolved with a magnetometer—most likely based on magnetite—and the brain has extensive software to process the signals."

So this might be another one to add to the list of human senses, at least for some of us.  Whatever the results, it's certain that we're more finely-tuned to our environment than we realize -- and sensitive to stimuli to which we've always thought we were wholly insensate.