It's no secret that I'm a privileged white guy.  I've never had to deal with -- hell, I've never had to think about -- being on the receiving end of discrimination based on my gender or the color of my skin.  I'm not saying my life has been without any impediments, but inequities of race and gender have not been amongst them.

So when people who have experienced this kind of prejudice and bigotry tell me about their experience, I listen to them.  Simple as that.

Which is why the nasty rebranding of COVID-19 as "the Chinese virus" is, in fact, racism.

The racist part isn't from the first time the term was used.  Being a privileged white guy, I've probably said things that have been insensitive -- not from any malice, but simply from ignorance of the implications.  But if someone points it out, what you do then is you stop fucking doing it.  If you call COVID-19 "the Chinese virus" and someone says, "you really shouldn't call it that, there are Asians who are being targeted for harassment because they're being blamed for the virus's spread," you say, "Good heavens, I didn't realize that, I'm so sorry, that was so thoughtless of me," then you don't say it again.

You don't say, "here's why your perspective is wrong, I know so much better, so I'm gonna damn well call it Chinese virus if I want."

Of course, Donald Trump, whose attitude is that anything that comes out of his mouth is perfect, is where this started.  And of course, when called on it, he didn't back down.  "It’s not racist at all," he told reporters.  "It comes from China, that’s why."

Which is somewhere beyond disingenuous.  No one doubts that the virus originated in China.  But continuing to harp on it as "Chinese virus" even after you know that Asians are being threatened or outright physically harmed because of it -- yeah, that's racist, however you're trying to whitewash it.

Any argument for it being a casual, offhand slip of the tongue went out the window yesterday when a photograph by a reporter for the Washington Post showed that Trump had actually crossed out the word "corona" and handwritten in "Chinese" (in black Sharpie, if I even needed to add that).  So make no mistake; this is absolutely deliberate.

And of course, as soon as Trump labeled it that way, his various bootlickers were quick to follow suit:
Let me put this succinctly: if your words are inciting others to harass, demean, threaten, or harm someone based on their race, and even after finding this out you continue to use those words, your actions are racist.

Of course, I'm not naïve enough not to know why they're doing it; these kinds of racist dogwhistles play well with their base, who just love the ultranationalist, 'Murica-first attitude that Trump and his cronies excel at.  This kind of language has been used against Hispanics, Muslims, and a number of other ethnic groups (remember the "shithole countries" comment directed against people from subsaharan Africa?), to cheering crowds.  And whenever this is flagged as racism, immediately the "political correctness" epithet comes out, as if treating people with consideration, and recognizing that people from other demographics have a different perspective than you do, is somehow a character flaw.

As journalist David Plotz put it: "Changing the way we talk is not political correctness run amok.  It reflects an admirable willingness to acknowledge others who were once barely visible to the dominant culture, and to recognize that something that may seem to be innocent to you may be painful to others." 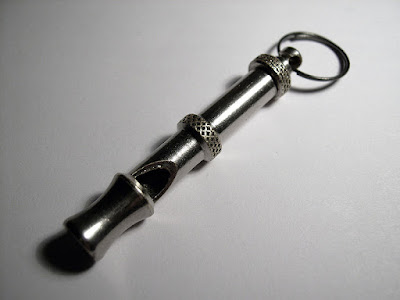 For me, it boils down to one of the guiding principles of my life, which is "don't be a dick."  I'm not saying I don't make mistakes or that I've never offended anyone.  Being privileged means that's probably inevitable.  But when I do, I try like hell not to do the same thing again.  Maybe sometimes this will mean I'll change my language because someone's being hypersensitive, but what harm has come to me because of that?

Given the choice between hurting someone and making a small amendment to the way I talk, I know which one I'd choose.  And seeing it that way makes the fact that this isn't just random thoughtless talk, but a deliberate dogwhistle, abundantly clear.