Everyone knows that the human core body temperature is supposed to be around 98.6 F.  At least, that's what we all learned in seventh grade life science, right?

A more curious question is why 98.6 and not some other temperature.  Other mammals need different core body temperatures, but the range is remarkably narrow -- from elephants (97.7 F) to goats (103.4 F), only a 5.7 degree difference overall, and the vast majority of mammal species are in the vicinity of 98-100 F.

In my biology classes, I usually did nothing more than a hand-waving explanation that "our body temperatures are what they are because that's the temperature where our enzymatic and neurochemical reactions work at their optimal rate," but that's a facile analysis at best -- a bit like saying "bake the cake at 350 F because 350 F is the best temperature at which to bake cakes."  It might be true, but it doesn't tell you anything.

Last month we got a better explanation of what's going on than what I used to give (admittedly a low bar).  A paper in Molecular Cell with the daunting title, "A Conserved Kinase-Based Body-Temperature Sensor Globally Controls Alternative Splicing and Gene Expression," by a huge team led by Tom Haltenhof of Freie Universität Berlin's Department of Biochemistry, gives us a window into why we regulate body temperature -- and why things fall apart so quickly when the temperature isn't what it should be.

The team looked at the effects of temperature change not in mammals but in turtles and crocodiles -- which are themselves poikilothermic (known in common parlance as "cold-blooded") but have a temperature-switching mechanism for sex determination.  In crocodiles, incubation of the eggs at a warmer temperature results in males; in turtles, the pattern is the opposite.  (Some lizards have an even odder pattern, where intermediate temperatures result in males, and either low or high temperatures result in females.)

The question was how this was happening.  Something about the temperature must be changing the chemical signaling that guides embryonic development; but how?

Haltenhof's team found that there is a group of enzymes called CDC-like kinases that are extremely temperature-sensitive.  Kinases in general are a hugely important enzyme family that are responsible for phosphorylation, the main way energy is transferred in living organisms.  So if you affect the reaction rate of a kinase, it results in changes in the transfer of energy -- and can have enormous impacts on the organism.

And the CDC-like kinases, Haltenhof et al. found, were acting directly on the DNA, and changing the rate of gene expression.  In crocodiles and turtles, the type of gene expression affected had to do, unsurprisingly, with embryonic development of the reproductive systems.

So far, interesting only to geneticists and herpetologists (and, presumably, to the crocodiles and turtles themselves).  But where it caught my attention was when it was pointed out that the activity of CDC-like kinases is important not only in reptiles, but in humans -- and that overexpression of one of them, cyclin E, is connected with at least one form of cancer.

So this research seems to have implications not only for embryonic development in crocodiles and turtles, but in explaining why our own body temperatures are so tightly regulated.  The authors write: "[CDC-like kinase] activity is likely to also impact on gene expression in pathological conditions such as hypothermia, septic shock, and fever, or in the slightly warmer tumor microenvironment."  And since in general, the core body temperature drops as a person ages, it also made the authors speculate that this could be the key to at least some age-related malfunctions (and perhaps suggest a way to treat them). 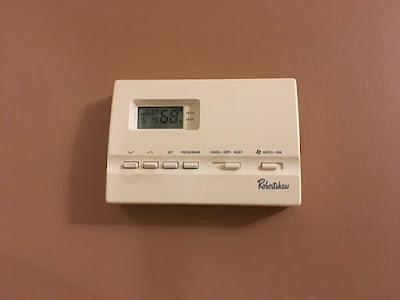 This also brought to mind another perplexing bit of research that came out in January -- that the average human body temperature is dropping, on the order of 0.03 C per decade.  The standard "98.6 F" was established in 1851 by Carl Reinhold August Wunderlich, who determined this by taking the axillary (armpit) temperature of 25,000 people in Leipzig (and you thought your job was boring).  But a recent study with even more measurements found that currently, the average body temperature is almost a degree cooler than Wunderlich's value.

The speculation in that paper is that the drop in temperature is due to a decrease in the inflammation caused by exposure to infectious agents.  If the 25,000 Leipzig residents were a representative sample from the mid-19th century, 3% would have had an active tuberculosis infection, and that's just one disease.  So the lower average temperature today might have to do with our lower incidence of infections of various kinds.

But it makes me wonder what effect that's having on the CDC-like kinases from the first study.  Because during our evolutionary history, the 1850s condition of harboring infections was much more the norm than our current clean, germ-free-ness.  So while losing our collection of nasty bacteria might be overall a good thing, it might have caused a drop in temperature that could affect other reactions -- ones we're only beginning to understand.

That's yet to be established, of course.  But what it does highlight is how important the body's thermostat is.  Only a four-degree drop in core body temperature is a sufficient level of hypothermia to severely endanger a person's survival; likewise, a six-degree increase would be a life-threatening fever that (if survived) could result in brain damage.  We are only beginning to understand how our temperature is regulated, and why the effects of losing that regulation are so drastic.  But what this new research shows is that our body temperature might have far more ramifications for our health than we ever imagined -- and could be the key to understanding, and perhaps treating, diseases that have up till now defied medical science.