Over my nearly thirty years of teaching AP Biology, one of the topics that changed the most was taxonomy.

This might come as a surprise, given the changes in fields such as genetics, but honestly the two are closely related.  When I started my career, classification of species was done primarily by morphology (shape and structure), and the identification of which characteristics of an organism were plesiomorphies (structures inherited from, and therefore shared with, the ancestral species) and which were apomorphies (structures that were innovations unique to a single branch of the family tree).

One of many difficulties with this approach is that useful innovations can evolve more than once, and therefore aren't necessarily indicative of common ancestry.  This process, called convergent or parallel evolution, can generate some amazingly similar results, the most striking of which is the flying squirrel (a rodent) and the sugar glider (a marsupial), which look nearly identical at a quick glance (even a longer one, honestly).  To be fair, the fact that the two are not very closely related would be evident on any kind of moderately careful analysis, where giveaways like tooth structure and the presence of a pouch in the female sugar gliders would be enough to show they weren't on the same branch of the mammalian family tree. 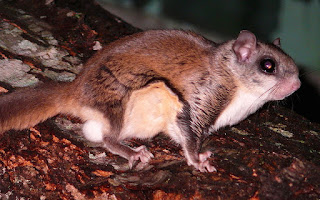 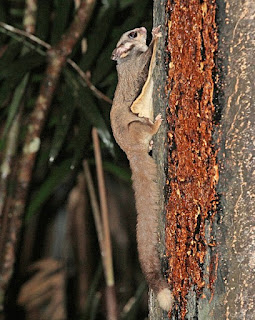 But sometimes it's more difficult than that, and more than once taxonomists have created arrangements of the descent of groups of species only to find out that further study shows the original placement to be wrong.  As one of many examples, take the two groups of large-eyed nocturnal primates from southern and southeastern Asia, the lorises and tarsiers.  Based on habits and range, it's understandable that they were lumped together as "prosimians" on the same branch of the primate tree, but recent study has found the lorises are closely related to lemurs, and tarsiers are closer to monkeys and apes -- despite the superficial similarity. 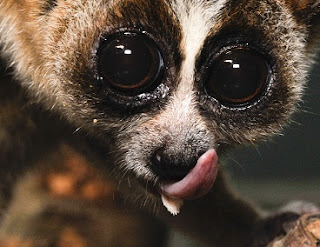 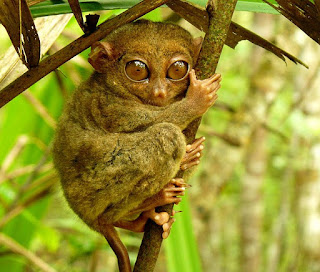 These revisions, and the sometimes surprising revelations they provide, have largely come from a change in how taxonomy is done.  Nearly all classification is now based upon genetics, not structure (although certainly structure plays a role in who we might initially hypothesize is related to whom).  But when it comes down to a fight between morphology and genetics, genetics always wins.  And this has forced us to change how we look at biological family trees -- especially when genetic evidence is obtained where it was previously absent.

This all comes up because of a discovery of intact DNA in a fossil of a primate much closer to us than the tarsiers and lorises -- a species from our own genus called Homo antecessor.  The species name suggests it was one of our direct ancestors, which is a little alarming because there's good evidence it was cannibalistic -- bones of the species found in Spain showed clear evidence of butchering for meat.

Now, however, the recovery of DNA from a tooth of an H. antecessor fossil -- at 800,000 years of age, the oldest DNA ever recovered from a hominid fossil -- has shown that it probably wasn't our ancestor after all, but a "sister clade," one that left no descendants.  (Bigfoot and the Yeti notwithstanding.)  The study was the subject of a paper in Nature last week, authored by a team led by Frido Welker of the University of Copenhagen, and required yet another reconfiguring of our own family tree.  The authors write:

The phylogenetic relationships between hominins of the Early Pleistocene epoch in Eurasia, such as Homo antecessor, and hominins that appear later in the fossil record during the Middle Pleistocene epoch, such as Homo sapiens, are highly debated.  For the oldest remains, the molecular study of these relationships is hindered by the degradation of ancient DNA.  However, recent research has demonstrated that the analysis of ancient proteins can address this challenge.  Here we present the dental enamel proteomes of H. antecessor from Atapuerca (Spain) and Homo erectus from Dmanisi (Georgia), two key fossil assemblages that have a central role in models of Pleistocene hominin morphology, dispersal and divergence.  We provide evidence that H. antecessor is a close sister lineage to subsequent Middle and Late Pleistocene hominins, including modern humans, Neanderthals and Denisovans.  This placement implies that the modern-like face of H. antecessor—that is, similar to that of modern humans—may have a considerably deep ancestry in the genus Homo, and that the cranial morphology of Neanderthals represents a derived form.

I find that last bit the most interesting, because it turns on its head our usual sense of being the Pinnacles of Evolution, clearly the most highly evolved (whatever the hell that actually means) species on the planet, definitely more advanced in all respects than those brute Neanderthals.  What this study suggests is that the flatter face of the Neanderthals is actually the apomorphy -- the more recently-evolved, "derived" characteristic -- and our narrower, more protruding faces are a plesiomorphy, inherited from our older ancestors.

This kind of stuff is why I'm endlessly interested in evolutionary biology -- as we find more data and develop new techniques, we refine our models, and in some cases have to overturn previously accepted conventional wisdom.  But that's what science is about, isn't it?  Basing your model on the best evidence you've got, and revising it if you get new and conflicting evidence.

Just as well in this case.  One less cannibal in the family tree.  Not that there aren't probably others, but my genealogy already contains some sketchy enough characters.  No need to add more.