The persistence of memory

One of the many amazing things about the brain is its ability to form connections between associated events.

These links can have amazing staying power.  The smell of old books will forever remind me of my grandmother's attic, which was my bedroom for a year when I was about ten years old.  Dan Fogelberg's songs always bring back painful memories of my ex-wife (a shame to have that association, because I actually like Dan Fogelberg).  The pretty little flowers called "sweet williams" call to mind the small plot of garden I had in my parents' back yard -- they were the first flowers I had real success with, and I still remember the pure, unalloyed joy of watching them flower for the first time. 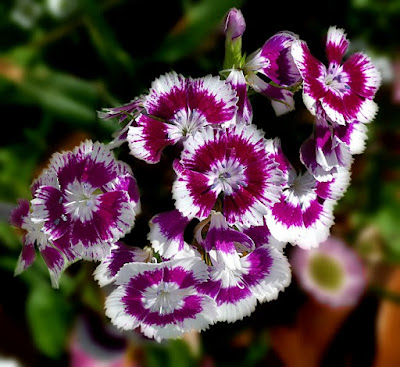 That we form these kinds of associations is common knowledge; how we do it is another matter entirely.  But some new research at Columbia University's Zuckerman Mind-Brain Behavior Institute has shed some light on this innate and ubiquitous capacity of the human mind.

In "Hippocampal Network Reorganization Underlies the Formation of a Temporal Association Memory," by Mohsen S. Ahmed et al., which appeared a couple of weeks ago in the journal Neuron, we find out that memories are as persistent as they are not because of a change in the neural firing pattern -- but because they actually cause a reorganization of synaptic connections in the hippocampus, a part of the brain long known to be crucial in memory consolidation.

The researchers taught mice to associate a neutral sound with a short, startling puff of air.  They were quick to learn to link the two; which, after all, was no different than Pavlov's dog connecting a bell with being fed dinner.  Because the two events being linked in the brain occurred with a significant separation in time, the researchers didn't think it could be that the parts of the hippocampus responsible for storing the memory of each were engaging in some kind of continuing cross-talk.  "We expected to see repetitive, continuous neural activity that persisted during the fifteen-second gap, an indication of the hippocampus at work linking the auditory tone and the air puff," said Stefano Fusi, professor of neuroscience at Columbia's Vagelos College of Physicians and Surgeons and co-author of the study, in an interview with Science Daily.  "But when we began to analyze the data, we saw no such activity...  We were happy to see that the brain doesn't maintain ongoing activity over all these seconds because, metabolically, that's not the most efficient way to store information.  The brain seems to have a more efficient way to build this bridge, which we suspect may involve changing the strength of the synapses."

Understanding the way memories of different events become linked in the brain isn't just of academic interest, explaining the kinds of ordinary associations I described from my own life; it could be of real help in treating people with severe anxiety and/or post-traumatic stress syndrome, where traumatic events are linked to common stimuli (such as survivors of wartime who are triggered to panic by loud noises).  "While our study does not explicitly model the clinical syndromes of either of these disorders, it can be immensely informative," said study lead author Mohsin Ahmed.  "For example, it can help us to model some aspects of what may be happening in the brain when patients experience a fearful association between two events that would, to someone else, not elicit fright or panic."

The strength and persistence of memories can be a lifelong reminder of something joyful, or of something tragic, shocking, angering, or outright painful.  This experiment represents the first step on the road to understanding how our brain forms one memory and links it to another, and -- possibly -- gives us a direction to pursue in searching for how to disconnect that link, and allow people with severe anxiety and PTSD to live more normal lives.

And anything we can do to alleviate that suffering is a most laudable goal.