I've always wondered why words have the positive or negative connotations they do.

Ask people what their favorite and least-favorite sounding words are, and you'll find some that are easily explicable (vomit regularly makes the "least-favorite" list), but others are kind of weird.  A poll of linguists identified the phrase cellar door as being the most beautiful-sounding pair of words in the English language -- and look at how many names from fantasy novels have the same cadence (Erebor, Aragorn, Celeborn, Glorfindel, Valinor, to name just a handful from the Tolkien mythos).  On the other hand, I still recall passing a grocery store with my son one day and seeing a sign in the window that said, "ON SALE TODAY: moist, succulent pork."

"There it is," my son remarked.  "A single phrase made of the three ugliest words ever spoken."

Moist, in fact, is one of those universally loathed words; my surmise is the rather oily sound of the /oi/ combination, but that's hardly a scholarly analysis.  The brilliant British comedian Miranda Hart had her own unique take on it:


Another question is why some words are easier to bring to mind than others.  This was the subject of a fascinating paper in Nature Human Behavior this week, "Memorability of Words in Arbitrary Verbal Associations Modulates Memory Retrieval in the Anterior Temporal Lobe," by neuroscientists Weizhen Xie, Wilma A. Bainbridge, Sara K. Inati, Chris I. Baker, and Kareem A. Zaghloul of the National Institute of Health.  Spurred by a conversation at a Christmas party about why certain faces are memorable and others are not, study lead author Weizhen Xie wondered if the same was true for words -- and if so, that perhaps it could lead to more accuracy in cognitive testing for patients showing memory loss or incipient dementia.

"Our memories play a fundamental role in who we are and how our brains work," Xie said in an interview with Science Daily. "However, one of the biggest challenges of studying memory is that people often remember the same things in different ways, making it difficult for researchers to compare people's performances on memory tests.  For over a century, researchers have called for a unified accounting of this variability.  If we can predict what people should remember in advance and understand how our brains do this, then we might be able to develop better ways to evaluate someone's overall brain health."

What the team did is as fascinating as it is simple; they showed test subjects pairs of functionally-unrelated words (say, "hand" and "apple"), and afterward, tested them by giving them one word and asking them to try to recall what word it was paired with.  What they found is that some words were easy to recall regardless of what they were paired with and whether they came first or second in the pair; others were more difficult, again irrespective of position or pairing.

"We saw that some things -- in this case, words -- may be inherently easier for our brains to recall than others," said study senior author Kareem Zaghloul.  "These results also provide the strongest evidence to date that what we discovered about how the brain controls memory in this set of patients may also be true for people outside of the study." 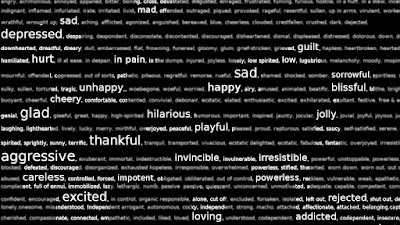 Neither the list of easy-to-remember words nor the list of harder-to-remember ones show any obvious commonality (such as abstract versus concrete nouns, or long words versus short ones) that would explain the difference.  Each list included some extremely common words and some less common ones -- tank, doll, and pond showed up on the memorable list, and street, couch, and cloud on the less-memorable list.  It was remarkable how consistent the pattern was; the results were unequivocal even when the researchers controlled for such factors as educational level, age, gender, and so on.

"We thought one way to understand the results of the word pair tests was to apply network theories for how the brain remembers past experiences," Xie said.  "In this case, memories of the words we used look like internet or airport terminal maps, with the more memorable words appearing as big, highly trafficked spots connected to smaller spots representing the less memorable words.  The key to fully understanding this was to figure out what connects the words."

The surmise is that it has to do with the way our brains network information.  Certain words might act as "nodes" -- memory points that connect functionally to a great many different concepts -- so the brain more readily lands on those words when searching.  Others, however familiar and common they might be, act more as "dead-ends" in brain networking, making only a few conceptual links.  Think of it as trying to navigate through a city -- some places are easy to get to because there are a great many paths that lead there, while others require a specific set of roads and turns.  In the first case, you can get to your destination even if you make one or two directional goofs; in the second, one wrong turn and you're lost.

All of which is fascinating.  I know as I've gotten older I've had the inevitable memory slowdown, which most often manifests as my trying to recall a word I know that I know.  I often have to (with some degree of shame) resort to googling something that's a synonym and scanning down the list until I find the word I'm looking for, but it makes me wonder why this happens with some words and not with others.  Could it be that in my 59-year-old brain, bits of the network are breaking down, and this affects words with fewer working functional links than ones with a great many of them?

All speculation, of course.  I can say that whatever it is, it's really freakin' annoying.  But I need to wrap up this post, because it's time for lunch.  Which is -- I'm not making this up -- leftover moist, succulent pork.

I'll try not to think about it.

Posted by Gordon Bonnet at 2:56 AM