The swing of a pendulum

Physicists have a serious problem.

Back in the mid-1970s, astrophysicist Vera Rubin made an interesting discovery.  She had initially been interested in quasars, but moved away from that because the subject was "too controversial" -- and landed herself in the midst of one of the biggest scientific controversies to hit the field since the discovery of the quantum nature of reality back in the 1920s and 1930s.

She was looking at the rotation rates of galaxies, and found something curious; based on what was known about gravitational interactions between massive objects, the outer fringes of every galaxy she studied were moving at the "wrong" velocity.  The outermost stars were moving far faster than the model predicted, suggesting there was some unseen mass increasing the gravitational field and whirling the edges of the galaxy around faster than the visible matter could have.

And it wasn't by a small margin, either.  Rubin's calculations suggested that there was five times the unseen stuff as there was all of the visible matter in the galaxy put together.  This was way too much to be accounted for by something like diffuse dust clouds or other agglomerations of non-luminous, but completely ordinary, matter.  Rubin nicknamed the invisible stuff dark matter, more or less as a placeholder name until the physicists could figure out what the stuff was, something most researchers figured would be accomplished in short order.

Almost fifty years later, we still are hardly any further along.  Better measurements have confirmed that there is way more dark matter than ordinary matter; Rubin's estimate was spot-on, and current data indicates that 27% of the universe's total mass is dark matter, as compared to only 5% ordinary matter.  (The other 68% is an even more mysterious thing called dark energy, about which the astrophysicists are even more completely, um, in the dark.)

Every attempt to figure out the nature of dark matter -- or even to detect it by anything else but its gravitational effects on the galactic scale -- has resulted in failure.  The leading candidate, called weakly interacting massive particles (WIMPs), has been the subject of repeated detection attempts, and every single one of them has generated "null results."

Which is science-speak for "bupkis."

At some point, you have to wonder if the scientists are going to give the whole thing up as a bad job.  The problem is, if that happens you have 95% of the universe made of stuff we can't account for, which isn't a state of affairs anyone is happy with.

So a team at the National Institute of Standards and Technology is giving dark matter one more chance to show itself, using the only way in which we're certain it interacts with ordinary matter -- gravity.

The trouble is, gravity is a really weak force.  It's only a big player in our lives because we live on a massive chunk of rock, big enough to have a significant gravitational field.  Of the four fundamental forces -- gravity, electromagnetism, and the weak and strong nuclear forces -- gravity is weaker than the next in line (electromagnetism) by a factor of 10 to the 36th power.

How on earth could you detect something that small, when even a trace of a stray electrical field could overwhelm it by many orders of magnitude?  The NIST scientists think they have the answer: an array of over a billion tiny, incredibly sensitive pendulums, each only a millimeter long, shielded and then cooled to near absolute zero to minimize interference from other forces. 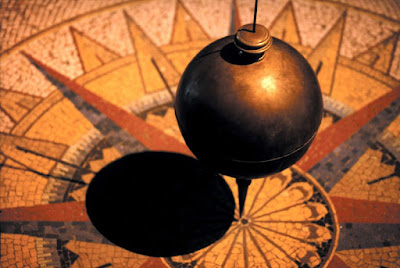 There are four possibilities of what could happen to the array:

Of course, even if the best possible outcome -- option #4 -- occurs, it still doesn't tell us what dark matter is.  After all, Vera Rubin's research in the 1970s showed that it interacts gravitationally with ordinary matter (i.e., we already knew that).  But at least we'll have a demonstration that it exists, that we're not looking at something like the nineteenth century's luminiferous aether, the mysterious substance that supposedly was the medium through which light waves propagated, and was shown not to exist by the Michelson-Morley interferometer experiment (and the nature of light propagation ultimately explained by Einstein and others, decades later).

So I'll be eagerly awaiting the outcome.  Right now, the array is still in development, so it will be a while before we can expect results.  But if it generates positive results, it'll be the first conclusive demonstration that we're talking about something detectable right here on Earth, not just by its effects on distant galaxies.

Of course, that still leaves us with the other 68% unknown stuff to explain.