Sometimes I have to check in on the r/conspiracy subreddit just to see what new nutty conspiracy theories are out there.  I try to make sure that I've girded my loins and stiffened my spine beforehand, because the level of complete batshit insanity demonstrated by the regular contributors really has to be seen to be believed.  On my most recent visit, I was not disappointed -- there are four truly amazing conspiracy theories there that I was unaware of, if by "amazing" you mean "ideas that you would only come up with if you have a single Milk-Dud where most of us have a brain."

First, we have astronomer Paul Cox inadvertently inducing multiple orgasms in the Planet X crowd by making a joke while analyzing a video of the transit of Mercury across the Sun.  "See that mysterious bright glow on the right side?  What do you suppose that is?" Cox asks, pointing to what is clearly a lens flare.  "Do you think it's the mysterious planet Nibiru?"  He then goes on to say, "We don't cover things up like NASA does."

Well, you don't joke about such matters, not when people like YouTube contributor "EyesOpen37" are listening.  "EyesOpen37" doesn't believe in lens flares.  Nor, apparently, in astronomers having senses of humor.  "EyesOpen37" thinks it's much more likely that a vague, diffuse glow is unequivocal evidence that a huge planet inhabited by our reptilian alien overlords is coming into the inner solar system for a visit, and NASA is desperately trying to make sure that no one finds out about it.
I'll bet Paul Cox is currently banging his forehead against the wall and wishing like hell he'd never opened his mouth.

"I wonder if these guys are using this transit of Mercury to warn us about Nibiru?" muses "EyesOpen37," in a tone of voice that indicates that the answer is obviously "yes."  And the people who posted comments on his YouTube submission agree wholeheartedly. Here's a sampling:
Yes, there are lots of dead astronomers. Aristarchus, Hypatia, Nicolaus Copernicus, Tycho Brahe, Johannes Kepler, Edmund Halley, Henrietta Swan Leavitt... the list goes on and on.  There's only one possible answer: they were all killed to keep them silent about the Planet Nibiru.
Speaking of dead people, our second conspiracy theory is about how Osama bin Laden is still "alive and well and living in the Bahamas."  And of course, there's nothing that lends credence to a wacko idea like saying "Edward Snowden says so."   (The only thing that's better would be saying "Nikola Tesla says so.")   According to the site Humans are Free, Snowden had the following to say about it:

I have documents showing that Bin Laden is still on the CIA’s payroll.  He is still receiving more than $100,000 a month, which are being transferred through some front businesses and organizations, directly to his Nassau bank account.  I am not certain where he is now, but in 2013, he was living quietly in his villa with five of his wives and many children.

Osama Bin Laden was one of the CIA’s most efficient operatives for a long time.  What kind of message would it send their other operatives if they were to let the SEALs kill him?  They organized his fake death with the collaboration of the Pakistani Secret services, and he simply abandoned his cover.

Since everyone believes he is dead, nobody’s looking for him, so it was pretty easy to disappear.  Without the beard and the military jacket, nobody recognizes him.

Of course, at the bottom of the page, we read the following disclaimer:

Note: The original source of this information has not been validated nor confirmed by any other source.

In other words, even though we're not sure if it's true, you're clearly a KoolAid-Drinkin' Sheeple if you don't believe it.
And since bin Laden is still alive, it must therefore follow that lots of other Big Bad Guys are, too.  For our third dip in the deep end of the pool, we go to the site OrionStar 3000, wherein we learn that Josef "The Angel of Death" Mengele is not only still alive, he is also the "Zodiac Killer" who killed seven people in the late 1960s in California.

Now, you might be thinking, "How can Mengele be alive?  He was born in 1911.  He'd be 109 years old by now."  But this just shows that you're not thinking outside the box.  (And by "the box" I mean "anything that makes sense.")  Here's what he looked like in 2001, when he was a mere 90 years old, in a photograph taken at a "Brotherhood of Aryan Nations/KKK/ Bush Fundraiser in Hernando, Florida.": 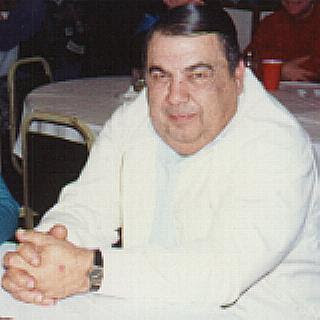 Which, you have to admit, is looking pretty good for a 90-year-old. Here's Mengele during World War II: 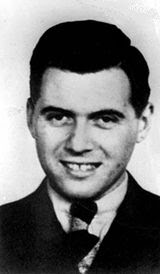 So I think can all agree that's a definitive match.

As far as how Mengele could still be so spry despite his age, we're told, "Mengele looks much younger than he really is due to years of face-lifts, anti-aging hormone injections & alleged cannibalism!"

And if that wasn't enough, we also find out the following alarming stuff:
Scarier still, this site doesn't have a disclaimer.  So it must all be true, right?

The last entry in our Batshit Crazy Sweepstakes was one that appeared on r/conspiracy almost simultaneously with my being sent the link by my son, who is following in his old man's footsteps in having a nose for sniffing out lunacy.  This one comes our way via the Jerusalem Post, of all places, and is about retired Israeli general Haim Eshed, who for thirty years headed the Israeli Space Security Agency.  During those three decades he appears to have spent his spare time riding on a pogo stick in a room with low ceilings, because now he's claiming that there's a "Galactic Federation" that has been in contact with governments all over the Earth, and the earthlings and the aliens have a jointly-operated base on Mars.
Apparently the Federation is largely benevolent, but they'd prefer it if the inhabitants of the Earth didn't know about them, making Eshed's tell-all a little puzzling.  In fact, Donald Trump was warned off revealing the aliens' presence by the aliens themselves.  The Federation members said they preferred to wait until humans "evolve and reach a stage where we will... understand what space and spaceships are."
I must admit that wanting to wait till humans evolve is reasonable if they've been in contact with Donald Trump.  In fact, after talking to Donald Trump, I'm a little surprised that they didn't just conclude "there's no intelligent life here" and nuke the entire planet.
Eshed's decision to flout the Federation's commands becomes more understandable when you find out that he just released a book, entitled The Universe Beyond the Horizon: Conversations with Professor Haim Eshed.  So Eshed's attitude seems to be "fuck secrecy and stern warnings by the Men In Black when there's money to be made."
So that's our fun excursion through CrazyTown for today. I hope you enjoyed it.  Myself, I'm wondering if I can get a hold of any of that anti-aging stuff they're using on Mengele.  I'm hoping I don't have to resort to cannibalism.
*************************************
I've always had a fascination with how our brains work, part of which comes from the fact that we've only begun to understand it.  My dear friend and mentor, Dr. Rita Calvo, professor emeritus of human genetics at Cornell University, put it this way.  "If I were going into biology now, I'd study neuroscience.  We're at the point in neuroscience now that we were in genetics in 1900 -- we know it works, we can see some of how it works, but we know very little in detail and almost nothing about the underlying mechanisms involved.  The twentieth century was the century of the gene; the twenty-first will be the century of the brain."
We've made some progress in recent years toward comprehending the inner workings of the organ that allows us to comprehend anything at all.  And if, like me, you are captivated by the idea, you have to read this week's Skeptophilia book recommendation: neuroscientist Lisa Feldman Barrett's brilliant Seven and a Half Lessons About the Brain.
In laypersons' terms, Barrett explains what we currently know about how we think, feel, remember, learn, and experience the world.  It's a wonderful, surprising, and sometimes funny exploration of our own inner workings, and is sure to interest anyone who would like to know more about the mysterious, wonderful blob between our ears.
[Note: if you purchase this book using the image/link below, part of the proceeds goes to support Skeptophilia!]