The Guardians, the fourth dimension, and a lawsuit from Saturn

Given how surreal this year has been, I was thinking a few days ago that it was a little surprising that we haven't had any completely batshit insane stories lately.  But far be it from 2020 not to rise to such a challenge and say, "y'all hold my beer and watch this."  Just yesterday, two different loyal readers of Skeptophilia sent me unrelated links (at least I think they're unrelated, although as you'll see, it's a little hard to tell) that wind up the year with style.

If by "style" you mean "wearing an enormous tinfoil hat."

In the first, we have a guy named Mark Russell Bell over at Metaphysical Articles commenting on the Trump administration's decision that the "U.S. Space Force" sounded way too much like something that would be led by President Skroob and Dark Helmet, and decided to find something with fewer comical associations...

...so they settled on "The Guardians."

A lot of us thought this was pretty amusing, but Mark Russell Bell loves it.  The reason why he loves it has to do with some weird combination of the following:

Along the way you get the impression that (1) Mark Russell Bell is extremely serious, and (2) that he loathes people like me who are orthodox science types and require evidence before they'll believe in something.  My sense is he'd be entirely in favor of coming after people like me with a machete.  So if Mark Russell Bell ever reads this, allow me to mention that my wife and I recently moved to a small uncharted island off the coast of Mozambique.

In the second story, we meet someone with an even poorer grip on reality, one Rickia Collings of Allen, Texas.  Collings, who prefers to go by "Capricornus God of Sun Rickia," has filed suit with the U.S. District Court for the Eastern District of Texas, claiming that his civil rights had been violated by the federal government...

... given that he actually comes from Saturn. 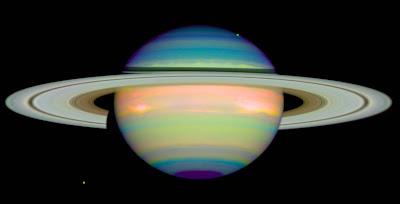 "Capricornus" also includes as defendants in the lawsuit the United Kingdom and the United Nations, and states that the alleged civil rights violations began on July 4, 1776, which is a little odd in the case of the United Nations because it wasn't founded until 1945.  As far as how this could all work, "Capricornus" claims he's way older than he looks and has been living on the Earth since before the American Revolution.

The lawsuit itself, which you can read at the link provided, is highly entertaining.  Some highlights include his national origin, in which he says he is from "Saturn and Capricorn," his mother is "w/ Picies [sic, I'm assuming he means Pisces] from Neptune and Jupiter" and his father is "w/ Aquarius from Uranus W.O.G. III."  In the section where he's asked to describe how the defendant(s) discriminated against the plaintiff, he says, and I quote:

Moon KAF = the Messiah.  DA6T = the Messiah, which from of make a person or an animal lame.  A small enclosure in which a sheep or other domestic animals are kept put or keep in a pen, confine someone to a restricted place.  A rare astrological aspect involving any celestial body 3 plants, points, planets are sextile to each other& both are then quincunx to a 3rd.  Beginning history and reconstruction -- the first morning tet. book = kreate [sic] a fighter.  Hand, mouth, connected to speech, drum beats.  That which from of mitzvah of Torah child of commandment, law, ordinance, statute, contained in Torah, for that reason to be observed by all practicing Jews.  A mixture of natural & manmade landmarks.  To see and rejoice in the goodness and greatness of God.

Well, from that stinging indictment, I think we can all agree that the United States, United Kingdom, and United Nations will have no choice but to make significant reparations.

If the above didn't meet your desired quota of weirdness, the affidavit "Capricornus" refers to is seven pages long, and having waded all the way through it, I can say that it makes precisely the same amount of sense as the bit I quoted above.  It does bear mention, however, that a central point he makes has to do with the fact that "Si" (the chemical symbol for the element silicon) can also stand for "systematic internaliser," "standing instruction," and the sacroiliac joint.

How this has anything to do with violating his civil rights, I have no idea.

If you look at the lawsuit paperwork, you'll see that it's all been officially stamped by the District Court, so apparently they're required to take it seriously.  I wonder on what basis they'll throw it out?  Perhaps because Saturn isn't technically in east Texas?  Will "Capricornus" get his day in court even so?  Will his father and mother show up from Uranus and Neptune and/or Jupiter in support of their son's cause?

These questions and more will be answered on next week's episode of Wingnuts on Parade!

So anyway, as you can see, although 2020 may be in its last week, we're not done with complete lunacy yet.  I keep on making the mistake of saying "Well, what more can happen?", and somehow, "more" always seems to "happen."  I'm rather looking forward to Friday and New Year's Day, although as a friend pointed out, 2021 is just 2020 reaching legal drinking age, so maybe my expectation that next year will be marginally saner is doomed to disappointment.

That's what seems likely from my knowledge of "pseudo-scientific flubdub," anyhow.

******************************************
This week's Skeptophilia book recommendation is apt given our recent focus on all things astronomical: Edward Brooke-Hitching's amazing The Sky Atlas.
This lovely book describes our history of trying to map out the heavens, from the earliest Chinese, Babylonian, and Native American drawings of planetary positions, constellations, and eclipses, to the modern mapping techniques that pinpoint the location of stars far too faint to see with the naked eye -- and objects that can't be seen directly at all, such as intergalactic dust clouds and black holes.  I've always loved maps, and this book combines that with my passion for astronomy into one brilliant volume.
It's also full of gorgeous illustrations showing not only the maps themselves but the astronomers who made them.  If you love looking up at the sky, or love maps, or both -- this one should be on your list for sure.
[Note: if you purchase this book using the image/link below, part of the proceeds goes to support Skeptophilia!]