The heart has its reasons

Valentine's Day was a couple of days ago, and over a nice dinner I fixed for my sweetheart, we were talking about the perplexing question of why she had fallen for me in the first place, much less stayed with me for twenty years.

I'm not trying to be self-deprecating here, nor fishing for compliments.  I'm not the easiest person to be around.  I'm kind of a walking morass of anxiety and neurosis most of the time.  I mean, I think I'm interesting enough, but you have to wonder how it makes up for the other stuff.  And the initial attraction is also a bit of a puzzle, because to put it bluntly, my continuous social anxiety has the effect of making me a gigantic awkward dork.

To say I'm romance-challenged is kind of an understatement.  I've never understood the ease with which so many seem to navigate the whole dating and hookup scene.  You'd think that, being bisexual, I'd have had twice the opportunity to get dates, but all my life I have seemed to be completely unable to tell when someone is attracted to me.  The only way I'd be able to tell if someone of either gender was flirting with me is if they were holding up a large sign saying, "HEY.  STUPID.  I AM CURRENTLY FLIRTING WITH YOU."

And possibly not even then.

I do mean well most of the time, but I could write a textbook about social awkwardness.  Not just in romantic situations, either.  I had a Zoom call a couple of weeks ago that started out as follows:

Other person:  I'm fine, how are you?

Me: *vows to become a Trappist monk and never speak to anyone again*

So smooth, I'm not.  The fact that I'm married to a truly lovely person is mostly due to the fact that Carol fell for me pretty much on first sight -- mystifying though that is to me -- and spent the next few months talking quietly and moving slowly, as one would with a timid and easily-startled woodland animal, until she finally convinced me it was safe to eat out of her hand.

And here I am, twenty years later, completely cognizant of how incredibly lucky I am. 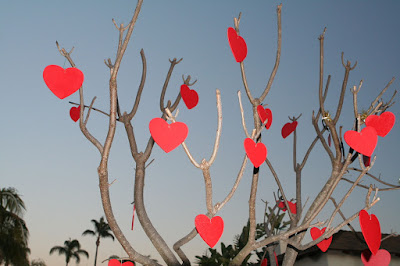 The topic comes up not only because of Valentine's Day but because of some research out of the University of California - Santa Barbara that I read about in a paper in Personality and Social Psychology Review last Friday (the timing of which was undoubtedly deliberate).  In "Couple Simulation: A Novel Approach for Evaluating Models of Human Mate Choice," psychologist Daniel Conroy-Beam looked at the complex question of why people choose the partners they do.  He developed a computer simulation for the process of "playing the field" by taking the characteristics of dozens of real-life couples, setting them up in the simulation to interact with each other as singles, and used various models of choice-reasoning to see if they would re-assemble into the pairs that had come about in reality.

There are, Conroy-Beam reasoned, a few possible drivers for mate choice in the real world.  Presented with a variety of options, it could be that people at first pair up with someone because for a lot of people, some mate is better than no mate, then "trade up" if someone better comes along.  It could be driven by physical attraction, with the best-looking people pairing with the best-looking of their preferred gender, and on down the scale.  It could be some sort of subconscious cost-benefit analysis -- that was Conroy-Beam's conjecture -- where each person takes the "limited resources" of their investment into a relationship, and evaluates it based upon where the biggest payoff would come with the least drawbacks.  (E.g., a person might trade off shared interests if the attraction was that the other person was really amazing in bed.)

Once he set the characteristics of his virtual bachelors and bachelorettes, he threw them together and had them interact, each simulation using a different model of criteria for who would pair with whom, and recorded what happened.  Out of all the possibilities he tested, Conroy-Beam's own model, that pair-bonding was used to achieve the most favorable cost-benefit ratio, succeeded the best.

"It's thinking about mate choice in terms of investment of limited resources," he said, in an interview with Science Daily.  "So you've only got so much time and so much money and so much energy that you can dedicate to potential partners.  And so your question as the person who's looking for a partner is 'who deserves most of these limited resources?'...  There are a number of differences between RAM [Conroy-Beam's Resource Allocation Model] and the other models.  The other models treat attraction like an on/off switch, but RAM allows for gradients of attraction.  It also incorporates reciprocity: the more a potential mate pursues you, the more you pursue them in return."
What's interesting that even Conroy-Beam's Resource Allocation Model only correctly paired the actual real-life couples 45% of the time.  So that still leaves over half of the couples in the real world whose reason for pairing up left the computer model shrugging and saying, "Who the hell knows?"
All of which illustrates something that shouldn't really be a surprise; the psychology of emotional connectedness is complex.  Why people pair up, and then stay together (or not), is often not easy to parse.  Not only is there the initial attraction to account for, but how the relationship changes as the people in it inevitably change themselves over the years; what started out as an intense bond might weaken if one or both changes in their emotional needs and priorities, or (more happily) the bond could strengthen over time into a true lifelong commitment.
So we're back to the whole subject of love and mate choice, both in general and in my own case in particular, as being a mystery.  I suppose I shouldn't question it, but just revel in how lucky I am.  I'll end with a quote from French philosopher Blaise Pascal, which seems fitting: "Le coeur a ses raisons, que la raison ne connaît point."
"The heart has its reasons, about which reason knows nothing."
*********************************
Back when I taught Environmental Science, I used to spend at least one period addressing something that I saw as a gigantic hole in students' knowledge of their own world: where the common stuff in their lives came from.  Take an everyday object -- like a sink.  What metals are the faucet, handles, and fittings made of?  Where did those metals come from, and how are they refined?  What about the ceramic of the bowl, the pigments in the enamel on the surface, the flexible plastic of the washers?  All of those substances came from somewhere -- and took a long road to get where they ended up.
Along those same lines, there are a lot of questions about those same substances that never occur to us.  Why is the elastic of a rubber band stretchy?  Why is glass transparent?  Why is a polished metal surface reflective, but a polished wooden surface isn't?  Why does the rubber on the soles of your running shoes grip -- but the grip worsens when they're wet, and vanishes entirely when you step on ice?
If you're interested in these and other questions, this week's Skeptophilia book-of-the-week is for you.  In Stuff Matters: Exploring the Marvelous Materials that Shape Our Man-Made World, materials scientist Mark Miodownik takes a close look at the stuff that makes up our everyday lives, and explains why each substance we encounter has the characteristics it has.  So if you've ever wondered why duct tape makes things stick together and WD-40 makes them come apart, you've got to read Miodownik's book.
[Note: if you purchase this book using the image/link below, part of the proceeds goes to support Skeptophilia!]