If you needed further evidence of why we need sound science education -- and what happens when we don't -- look no further than "Sun Gazing: Why I Stare At the Sun," over at the site in5d Esoteric, Metaphysical, and Spiritual Database.

And in case you're thinking, "No... that headline can't really mean what it sounds like it means," unfortunately it does. 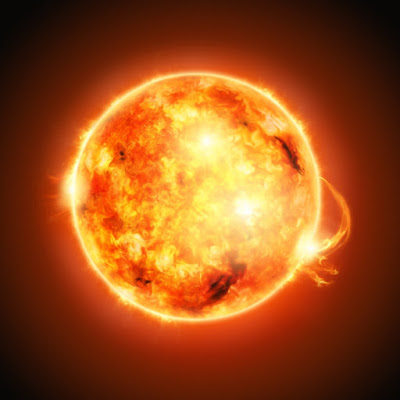 [Image is in the Public Domain courtesy of NASA]
Right out of the starting gate, we're told that all of the stuff we've been told about sunlight exposure causing skin cancer, skin damage, and sun blindness is wrong.  "All of these things," the author tells us, "have little to do really with the sun."

In fact, the opposite is true.  Sun exposure heals melanoma.

So then, what causes skin cancer and sun blindness?  Respectively, the answers are: toxins (of course), and...

Lest you think I'm making this up, here's the relevant passage:

Your skin is your largest eliminatory organ, whereby unprocessed toxins are released through the skin’s pores.  Interactions between the toxins and the sun’s rays, bring about what we know of, as skin cancer.

I just got a new pair of glasses, because (1) I found I was running into walls more than is recommended, and (2) my wife was tired of my handing her stuff with small print and saying, "Carol, is this actually writing?  Like, in English?  If so, what the hell does it say?"  Little did I know that it would cause me to experience "unnatural glare."  I thought all they did was help me see better. 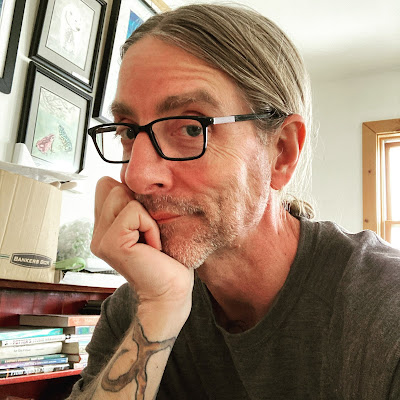 Me, just asking for "serious eye damage"
The other thing I wondered about were "EFAs."  These are never defined in the article, but I found out that it stands for "essential fatty acids," i.e., linoleic acid and alpha-linoleic acid.  So apparently if you consume enough of those, sunburn isn't a problem.

We're also told that sunscreen causes cancer.  So use sesame oil instead.  Presumably that way you'll hear a nice crackling sound as you sit in the sun, similar to chicken wings hitting the oil in a deep fat fryer.

Then we get to the main gist of the article, which suggests that we spend up to fifteen minutes a day staring at the sun.  It has to be near sunrise or sunset, though:

Righty-o.  It is "scientifically proven" that the sun waits for an hour after rising to switch on its ultraviolet and infrared rays, probably after it's had its second cup of coffee.

Then we're given a variety of puzzling statements and directives:
So science be damned, apparently.  But that won't matter to you, because after nine months of staring at the sun, "you have become a solar cooker."

And no, I did not make that statement up, either.

It's kind of funny that despite the fact that the author is unequivocal about how wonderful sun gazing is, (s)he seems to be aware that this article is 100% unadulterated horseshit.  At the beginning of the article is the following disclaimer:

PLEASE NOTE: This sungazing information is for educational purposes only.  We do not recommend sungazing to anyone.  If you are considering sun gazing, please research this as much as possible.

I dunno, sure as hell sounded like you were recommending it to me.  But in case we were uncertain about that point, it's reiterated at the end:

Disclaimer: The information on this web site is presented for the purpose of educational and free exchange of ideas and speech in relation to health and awareness only.  It is not intended to diagnose any physical or mental condition.  It is not intended as a substitute for the advice and treatment of a licensed professional.  The author of this website is neither a legal counselor nor a health practitioner and makes no claims in this regard.

I'm no legal expert either, but what does the statement "After 3-6 months of sun gazing, physical diseases will start to be cured" sound like to you?

I'd like to think that no one is gullible enough to fall for this, but you just know that there will be people who are.  Right now there are probably people out there staring at the sun in order to activate the higher vibrations of their chakras, or some such nonsense, and will spend the rest of the day tripping over curbs because they've burned a hole directly through their retinas.

At this point in writing this blog, I'm beginning to lose my sympathy for the people who are getting suckered.  There are laws in place to protect people from being prey of fraudulent medical advice, but at some point you just have to learn enough science to protect yourself.  There will always be charlatans out there trying to sell the newest variety of snake oil, not to mention well-intentioned people who are (to put not too fine a point on it) insane.  So arming yourself with a little bit of science is really your best bet.

That, or a good pair of sunglasses.